So that key nerf? Any updates? 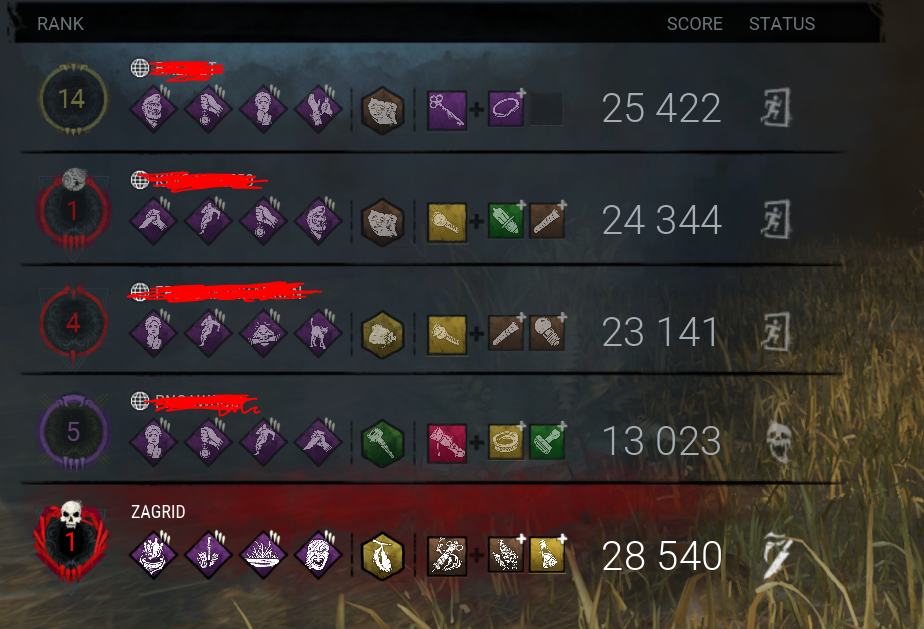 I really don't like having pretty close games get cut short by a single key letting 3 of them escape all at once. Doesn't feel that great. 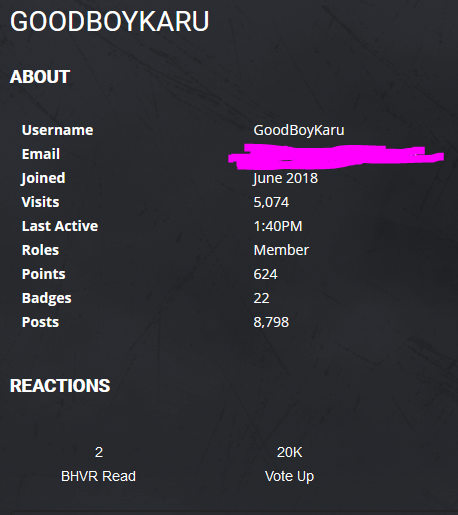 sorry i just wanna celebrate this

It seems kinda insane, that with the increasing amount of dlcs coming to dbd (like 3-4 a year), double bloodpoint events seem to decrease. That the last event was 1.5 years ago, is shocking. What would be the problem, to do a double BP Weekend 3-4 times a year or even every 2 months? Developers really shouldn't be concerned that the grind gets to little. I can promise that.

Most people buy all of the dlcs, buy skins etc. In my opinion, the devs could use these events, so that 1) the grind is a little bit reduced and 2) reward the players, who buy everything, so that they can level their stuff.

If it kills your team, your team did it wrong. Someone gotta be ready to pop the gate open.

Re: Tunneling is not part of the game?

Tunneling isn't strictly "fair" for the survivor on the receiving end, but it is very much part of the game.

You're not obligated to play fair, that's your call.

Re: Double Bloodpoint events need to be more often

Double BP weekends all the time, Friday to Sunday. I'd love to see that.

Spawning in front of a generator with blinking lights above it doesn't take skill. Neither does receiving a speed boost as a reward for getting hurt.

But here we are.

This is exactly why survivor queues keep getting longer and longer. How can anybody take enjoyment in playing killer when they're always shammed for just playing the game. You say you're not trying to add to the "killer bad survivor good" narrative but that's all this post does. The only people that say this are people that feel like when they play survivor they should never die. I'm sick of it, what does it matter how the killer gets his kills, their only job is to kill! I swear survivors wont be happy until its only killer bots populating lobbies and they 4 man escape all the time.

Its just dumb to complain about these things and it shows the OP has never played killer to a competent level. At a certain point you can't play "nice" against competent survivors, otherwise you're not going to kill anyone. This is a horror game inspired by slasher films, if anyone thinks killers have to play in a way that's fair to survivors i need whatever they're smoking cause that just doesn't make sense.