Home› Guides
With regards to Error 112, we apologise that this error is still affecting our players and can assure you it is receiving our attention. Please bear with us and we will update with more information when we can.

What is "Smart Random Build Generator" and Why Should I Use It?

Smart Random Build Generator (SRBG) is a user-friendly perk roulette tool for Dead by Daylight game that can be used to:

Most related tools generate pure random builds which are hardly ever interesting/efficient because lots of perks are either trash or just incompatible.

By contrast, SRBG will create useful random builds if desired: 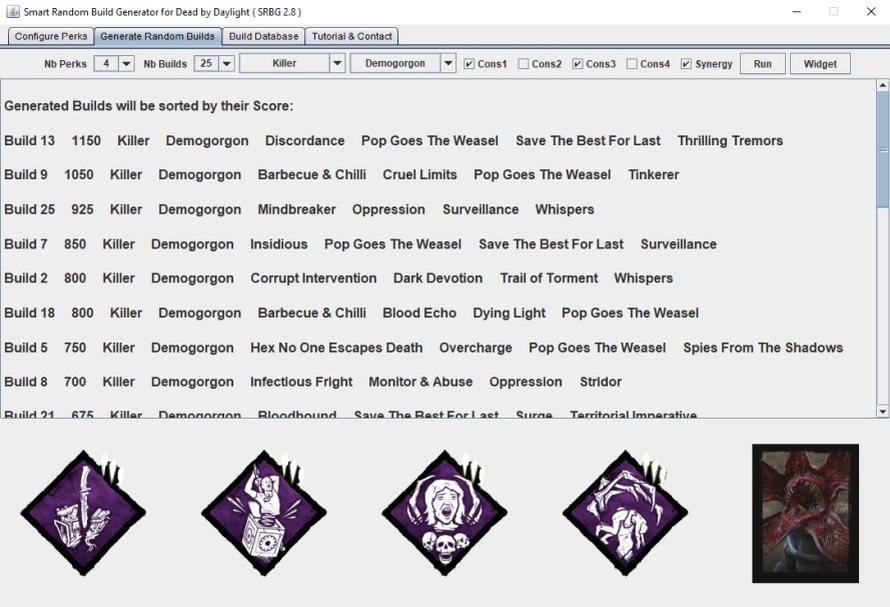 Some interesting features and constraints can also be enabled on both sides: 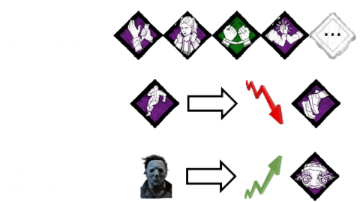 Constraints for classes of Perks: at least 1 perk from related class is required in generated build

Synergy Rules: enable synergy rules during the creation of a build

It is also possible to generate pure random builds by disabling all these previous features: 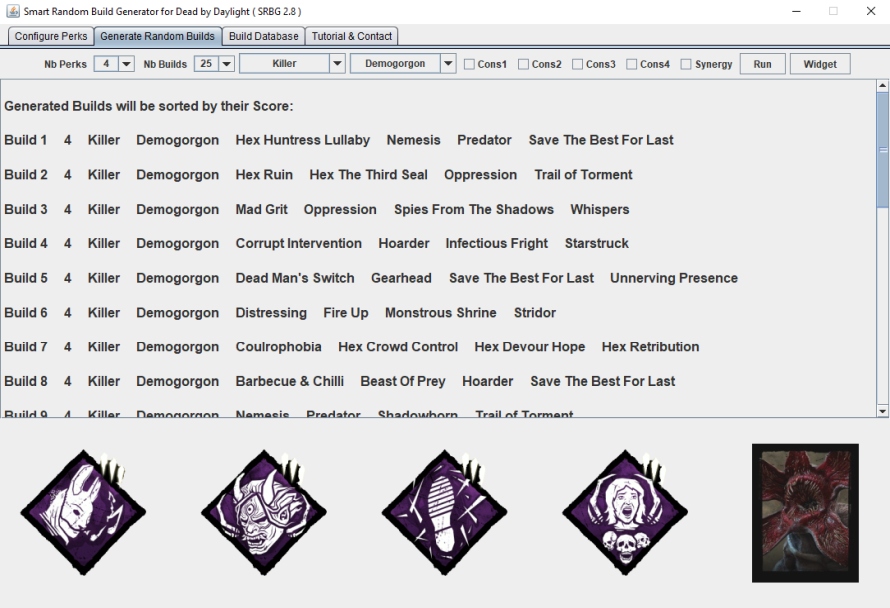 Generated builds can be easily saved in a build database for future use: 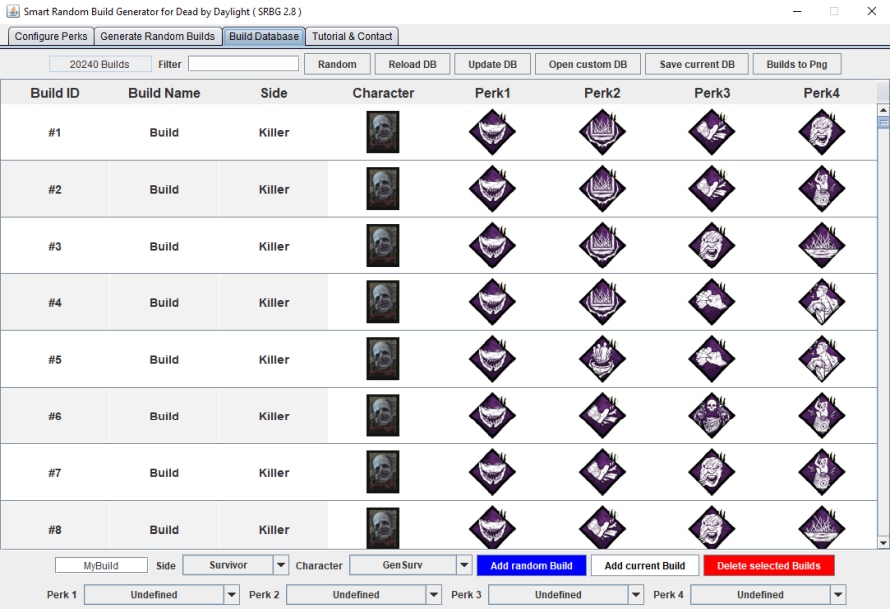 Active builds can also be exported as png picture (e.g. favorite builds for each character)

Smart Random Build Generator does not interact at all with DbD game and/or files, so it is 100% safe regarding EAC anti-cheat !

A pre-compiled file ( SRBG.jar ), including all required data, can be downloaded here

Thanks a lot for reading my guide !

I hope you will find my SRBG tool useful to vary your gameplay !