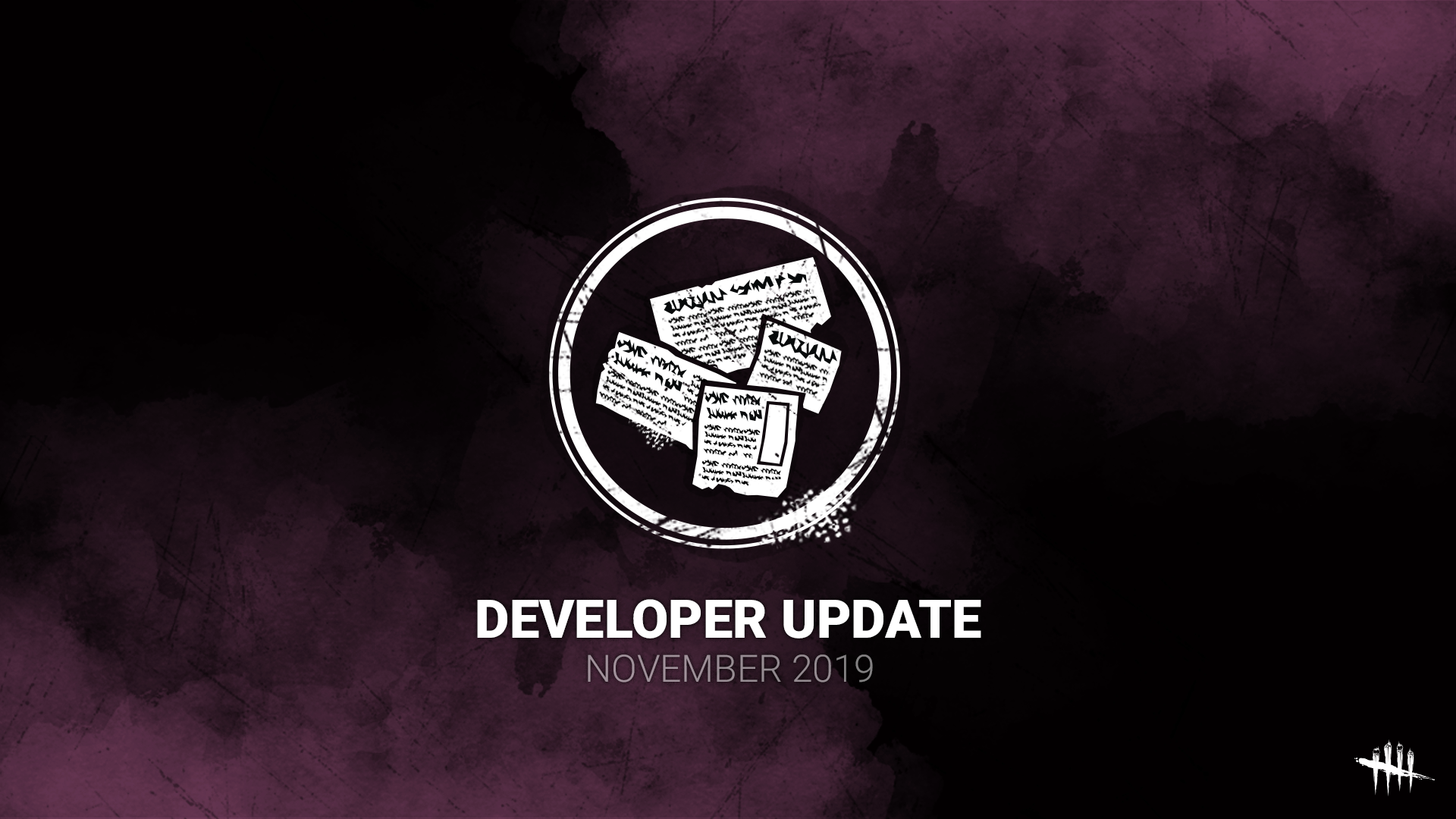 Welcome to the November edition of our Developer Update, a series of posts detailing upcoming changes and our progress on ongoing issues. As always, we’ll start by recapping on previous topics before jumping into future updates.

For a little over a month, dedicated servers have been live on the PC version of the game. Over the course of this test, we have often been asked why the servers were left on without any updates. We’d like to take this opportunity to explain a little more about this test.

First and foremost, we can tweak certain values behind the scenes without requiring a game update. This includes things like what the game deems to be an acceptable connection and various matchmaking elements. This way, we can test a variety of changes without forcing everyone to update their game repeatedly.

Leaving the servers on also allows us to collect far more feedback. We are hard at work making sure that as many gameplay issues as possible are ironed out before the full launch of dedicated servers. We have been including fixes for some of the most pressing issues in recent updates, including a fix for delayed stalking in the 3.3.2 hotfix. Thanks to the reports we have received thus far, we are looking to improve certain Killer powers, perks (e.g. Dead Hard), and the interaction system (e.g. Kicking Pallets or Generators).

Finally, this test gives us an opportunity to test the upcoming disconnection handling system, which allows us to better punish people who disconnect excessively. We want to make sure that disconnects are being tracked accurately so players aren’t wrongly timed out, and to do so, we need to leave dedicated servers enabled in order to test the new detection. In case you missed it, you can find the details of this system here: https://forum.deadbydaylight.com/en/discussion/73858/

With the last Mid-Chapter patch, we launched a brand-new feature: The Archives. We are happy to see the mostly positive reception so far, although we are taking note of feedback as well. We’d like to address some of the common feedback we’ve received from this first Rift and Tome.

One of the main talking points is the difficulty of the first Tome. The first level of this Tome is fairly easy to complete, often taking only one match to complete a given challenge. This was an intentional decision by our team; we wanted to make sure that this level served as an introduction to The Archives so everyone could get an understanding of how the feature works.

At the same time, due to an error, some of you may have seen a sneak peek of the fourth level of the Tome. This level is significantly more difficult than the first. The intention is for the levels to gradually become more challenging the further you progress. With that in mind, we intend to use the following levels to gather feedback and adjust future levels and Tomes if needed.

We had also previously announced the dates each level of the Tome would release. However, due to the unforeseen delay of the 3.3.0 update, we needed to push back the release dates for these levels to match. The new dates are as follows:

Alongside the launch of Chapter 14, we’ll be granting everyone the following cosmetics:

There are a few reasons why we’ve decided to unlock these cosmetics for everyone. To start, most these cosmetics were unlocked using Steam codes and could not be unlocked on the console versions of the game, meaning we couldn’t give these codes to console players. Given this limitation, we have moved away from exclusive items in recent years and want to continue the trend of making cosmetics available to all PC and console players equally.

Most importantly, the codes for these cosmetics were also being sold by code resellers for exorbitant amounts of money. Others were taking advantage of this by creating fake listings to scam people out of their money. This is not something we endorse, and not something we are able to support if someone does fall victim to one of these scams.

By giving these cosmetics to all PC and console players, we hope to put an end to shady resellers and scams while also including everyone, regardless of the platform they play on.

Recently, we’ve changed the way we handle in-game events and wanted to take a moment to explain why we’re putting elaborate objectives on hold. Unique event objectives take a huge amount of time to create and test, taking up time that could be spent fixing bugs and creating new content that’s available year-round. Going forward, events will be focused around extra Bloodpoints (through Offerings and/or Blood Hunts), Archive challenges, and event-exclusive rewards within the free track of The Rift. This allows us to focus our efforts on game health, which we ultimately feel is for the best.

The last thing we’d like to talk about today are the changes coming to The Spirit in the 3.4.0 update. The Spirit has been a polarizing subject recently with a lot of players finding her to be frustrating to play against. We also noticed that she appears to be performing far above expectations. With all this in mind, we have made a few adjustments that should make her feel fairer for everyone.

Currently, the Spirit maintains her collision while using her power. Since phasing prevents The Spirit from seeing Survivors, any time she bumps into something she can’t see, she immediately knows that a Survivor is there. This takes a big part of the skill and counterplay out of the equation, allowing her to know exactly where someone is before reappearing. With this in mind, we have removed collision from The Spirit while she is using her power.

The Spirit currently retains her phasing speed for a short period of time after exiting her power before returning to her normal 4.4m/s movement speed. We have altered this curve to be more gradual, similar to The Wraith.

We have also done a pass on some of The Spirit’s more problematic add-ons.

These add-ons allowed The Spirit to cover a large distance very quickly after phasing. By toning these add-ons down, she will now need to be closer to the Survivor after phasing in order to follow up and get a hit.

This add-on increased various aspects without any tradeoff, making it a clear choice in any loadout. This change gives the add-on a more unique identity, trading movement speed for extra duration.

By far the most controversial add-on, Prayer Beads Bracelet would previously hide the sound effect that would play when The Spirit is phasing outside of her husk’s terror radius. This meant that Survivors were constantly at risk of being pulled off a generator with no warning or chance to react. By making this sound global, Survivors need to be on edge, as they won’t know whether she’s near them. This allows the Survivor to choose if they want to take a risk and continue what they’re doing, or if they want to play it safe and move away.

These changes will be included in the 3.4.0 update and will also be available for testing in the upcoming Player Test Build.

This concludes the November edition of the Developer Update. Be sure to let us know what you think!