Stop with the Nerfs.

I will go back to slowly sliding a vault over these changes. I’d rather have Legion be 110 again if anything if it meant they just don’t make these changes that are being ‘experimented’.

It disheartens me to see this kind of treatment to a Killer. At first, I wanted to defend BHVR’s actions on Legion, but when you blatantly state that your intentions for a Killer were to nerf them and buff a Survivor perk while doing so, then it just shows that they don’t care. 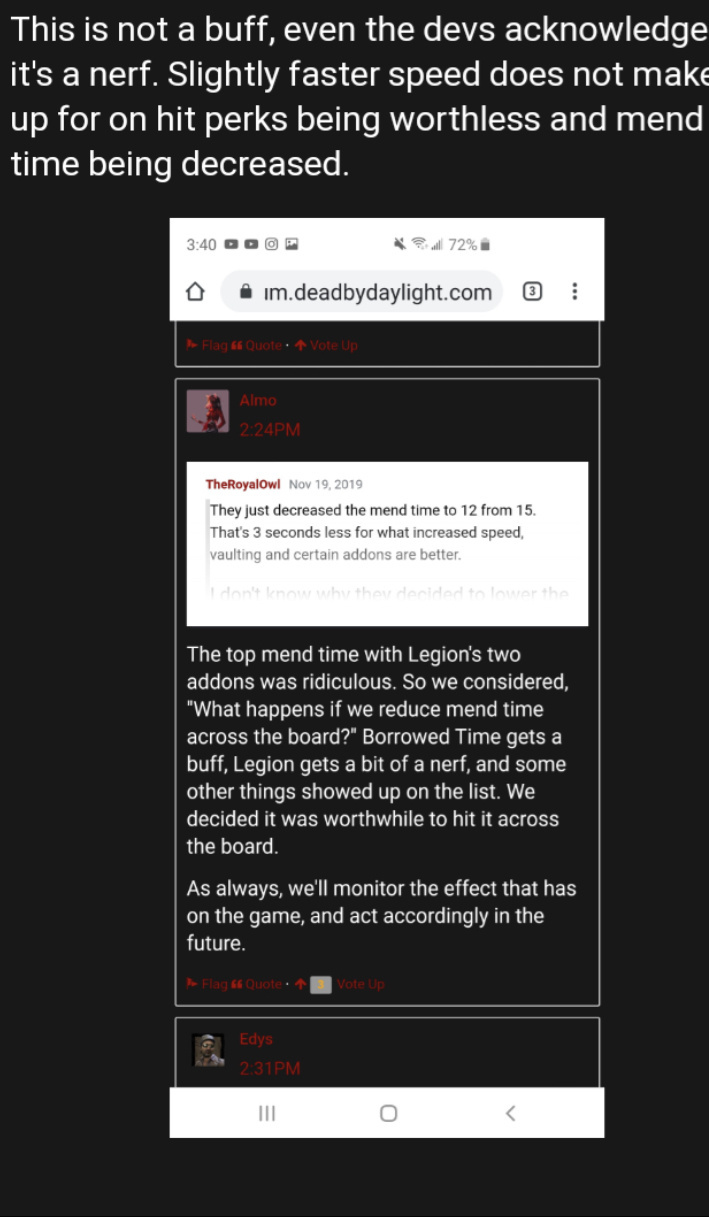 Legion has been consistently nerfed ever since the ‘rework’, and while I’ve tried my hardest to make things work, it’s just impossible. I try to help players with new builds and whatnot both on the forums and in-game, and now most of it won’t even work properly because BHVR suddenly thinks that Frenzy stabs shouldn’t count as a basic attack because ‘cOnAiStEnCy’. All of these changes are bad, 90% of the community has stated that this is just an outright nerf to an already dead Killer, and is an actual middle finger to all Legion players.

There was no problem with how Legion was performing previously before this PTB patch, there was no ‘overperforming’ Legion players, there was no exploits as of lately after the changes to the blades, and there has been no demand for nerfs for Legion. If you’re going to buff Borrowed Time, buff it separately and LEAVE LEGION ALONE. Stop unnecessarily nerfing UNDERPERFORMING KILLERS and start LISTENING to your community.

Buff Pig, rework/buff Legion PROPERLY, and stop with the mindset that all Killers shouldn’t 4K.