Stats are back at last! We've taken some time to gather some data and make some fancy graphs for your viewing pleasure. Be sure to let us know if you'd like to see more regular stat releases in the future! Since it has been a while since we last shared stats, these graphs show data from the past three months unless otherwise stated. Please keep in mind that numbers are not everything; there are a whole bunch of factors that could influence these numbers.

Note: If you're having trouble viewing the charts, clicking on them will open a larger version.

Starting off with how frequently killers are played compared to how well they tend to do on average. A 50% kill rate would be the equivalent of two survivors dying and two survivors escaping. 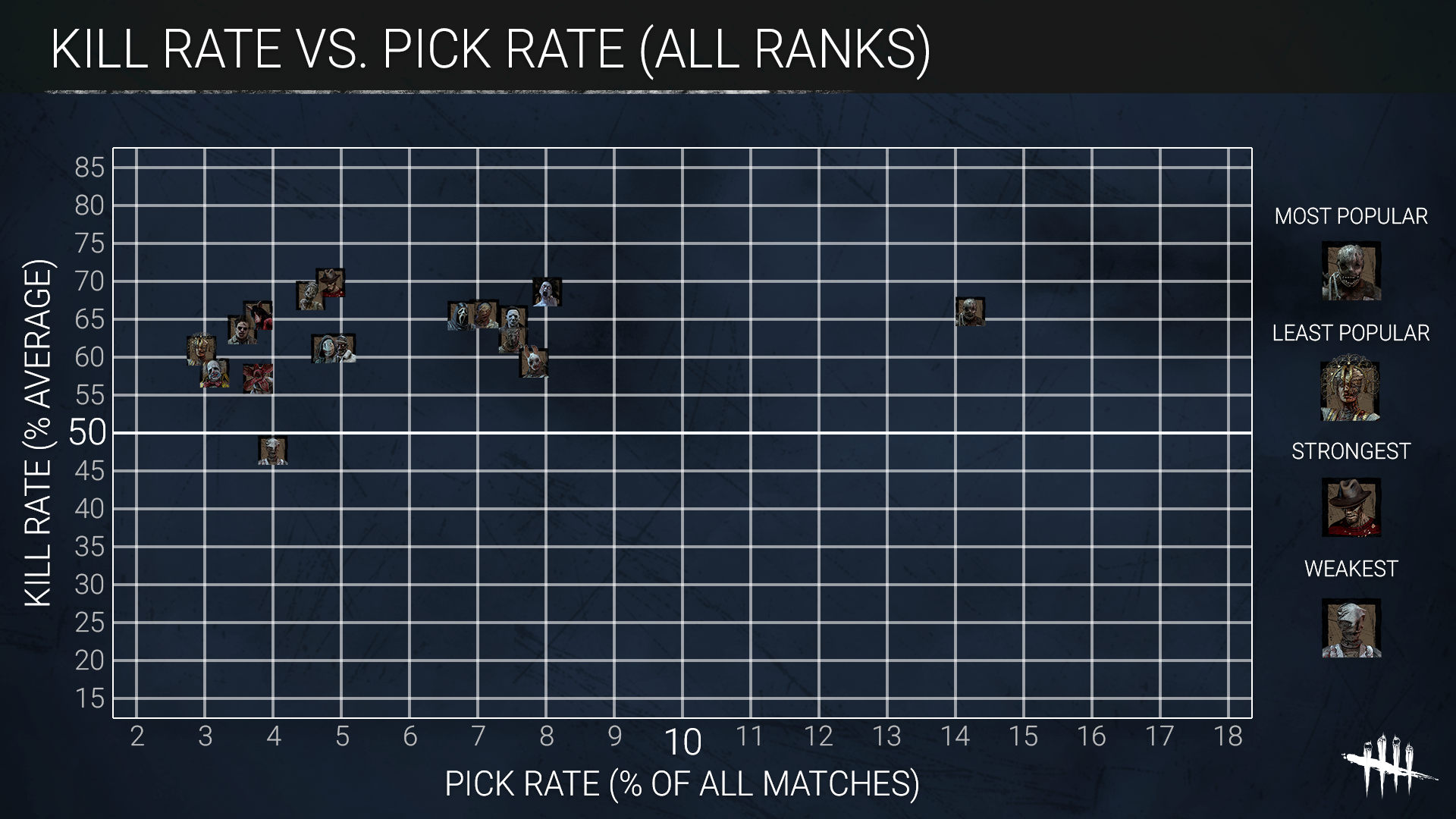 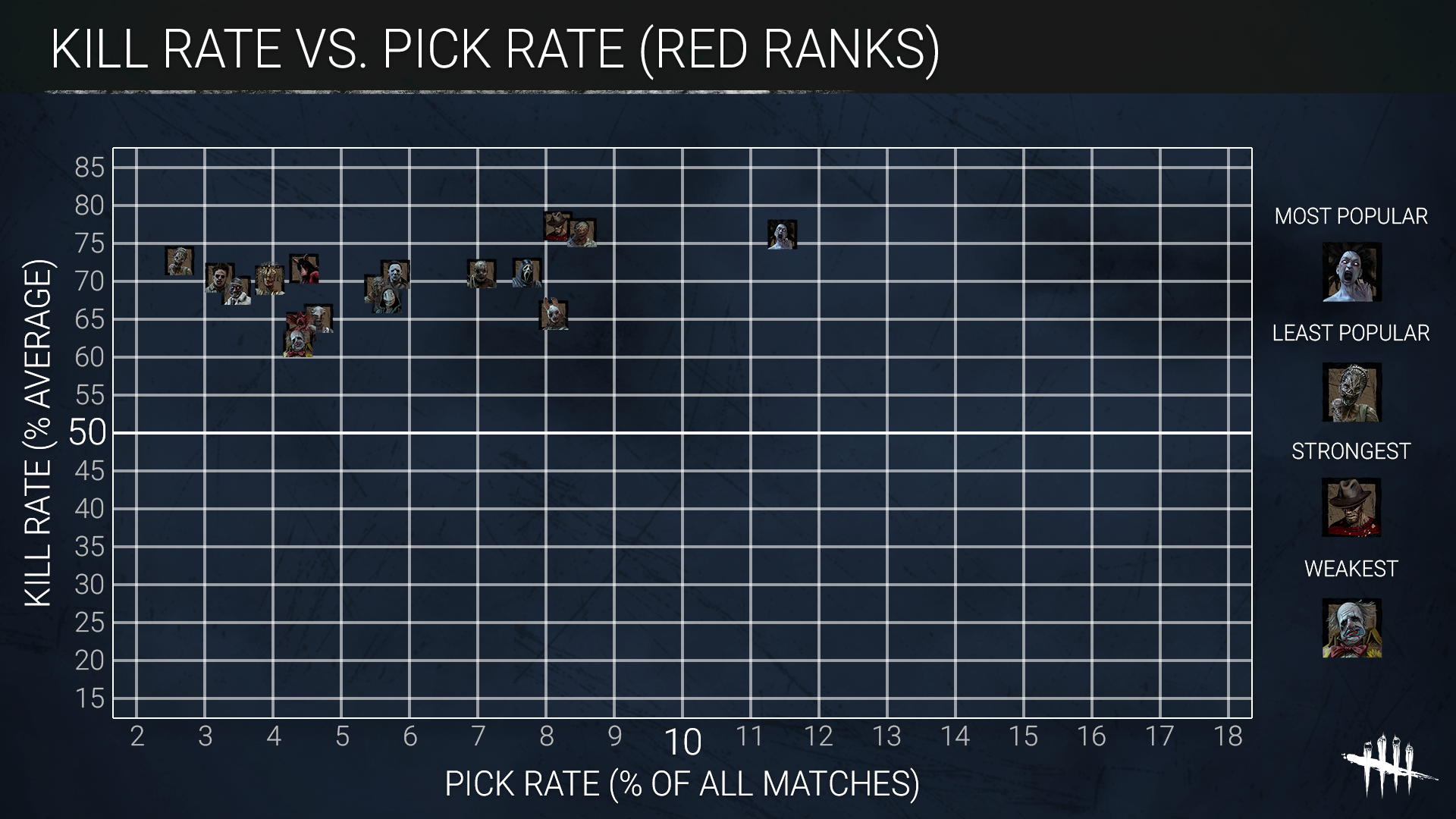 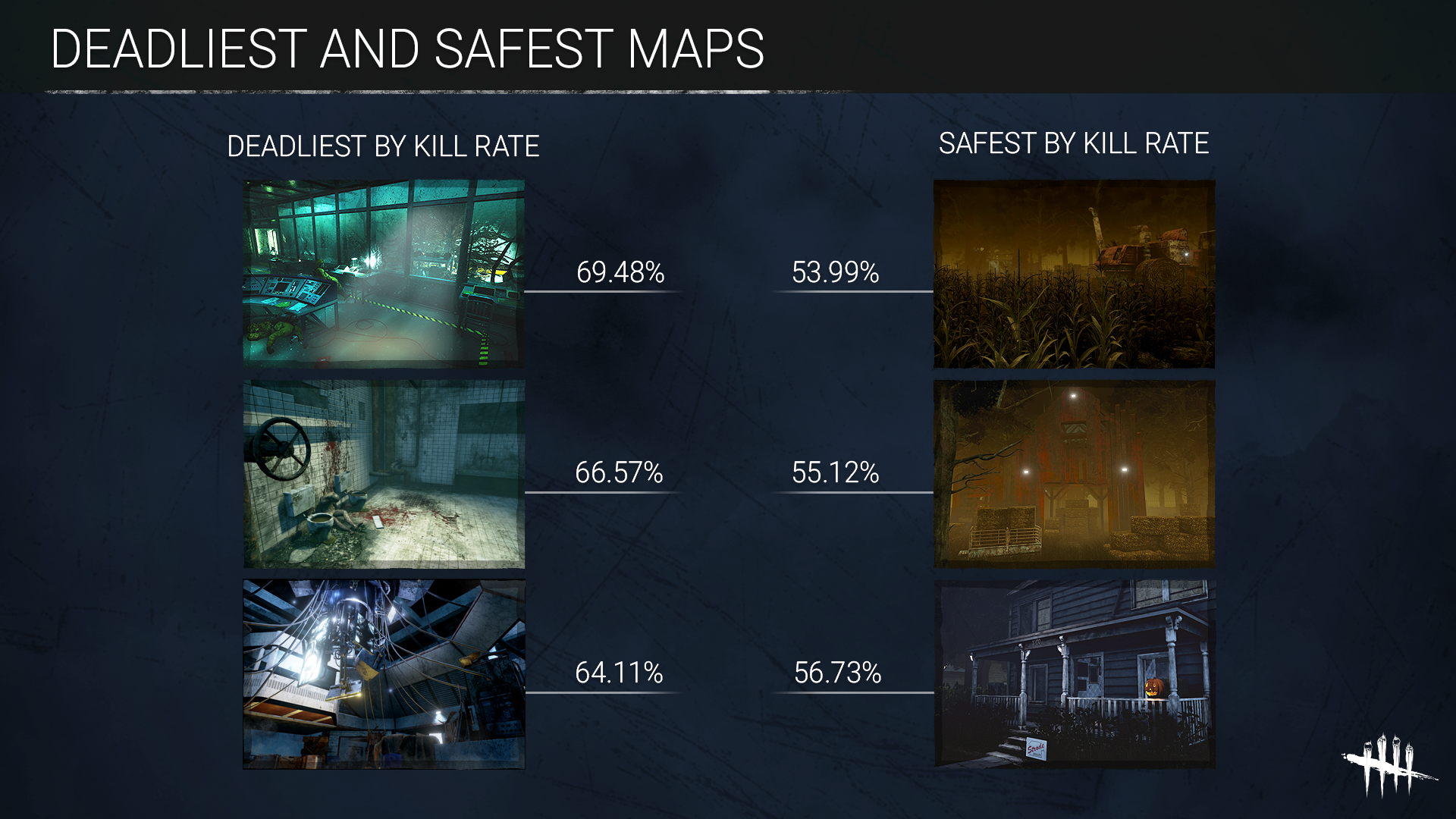 The Nurse was changed in the last mid-chapter patch, and we've been keeping an eye on her performance since then. Below, we've listed her performance on PC before and after the changes, both in all ranks and in red ranks. Like the charts above, the numbers shown here are her kill rates (where 50% means two survivors escape and two die). 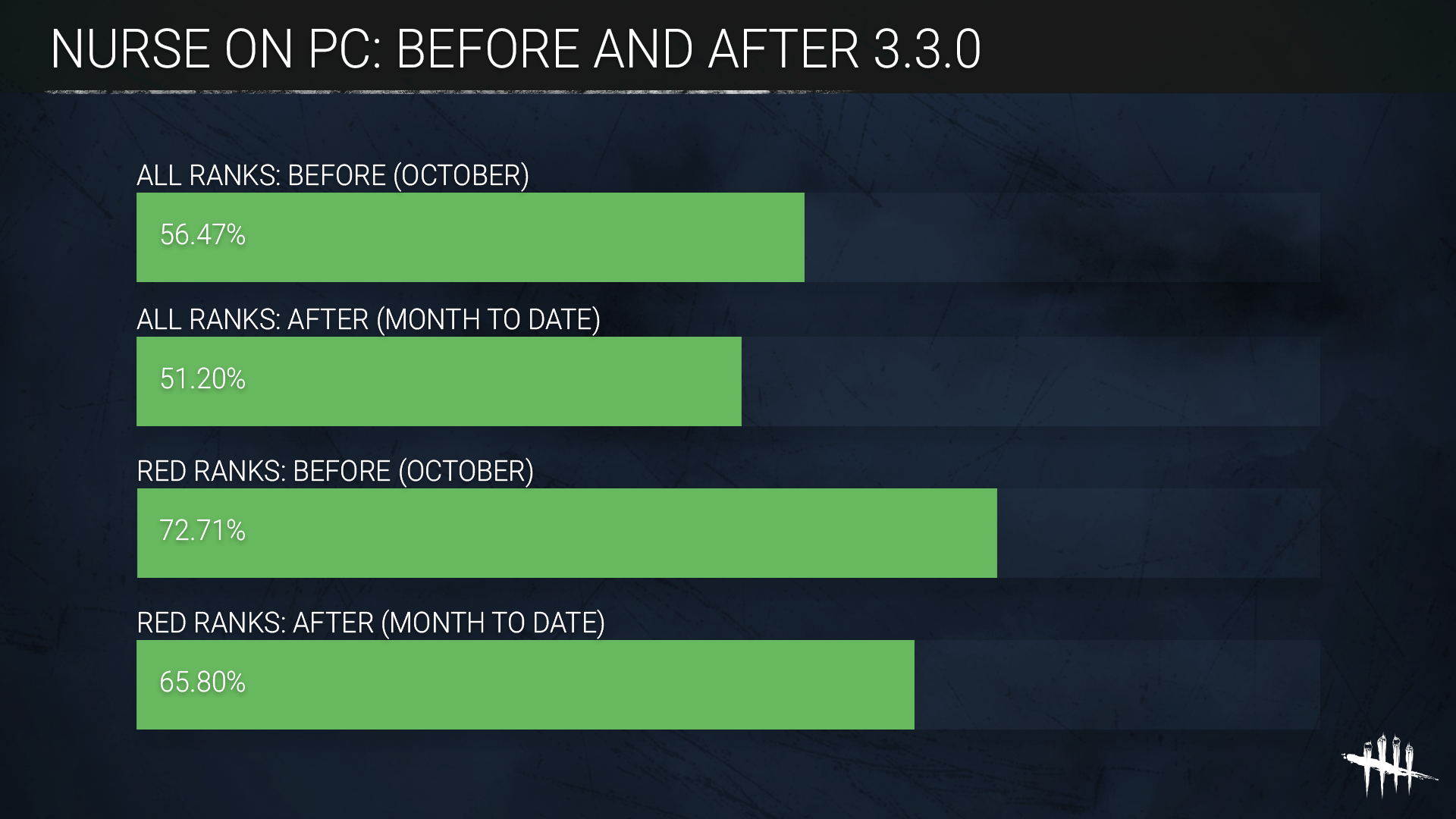