Fleet Feet: For every 100/50/25% of a gen you complete, gain a token, up to a maximum of 4 tokens. If you have a token, once you let go of the generator, you will move 5% faster. Every 5 seconds, you will lose a token. Once all tokens are depleted, you return to your normal speed. Vaults will remove half of one token.

"I am a member of Tabula Rasa. They found me when I was at my lowest and trained me to be a weapon." - Fog

Heat of the Moment: Vault a window 30% faster. After vaulting, you and the killer can see each other's aura for 5 seconds. No other perk can affect vault speed. Perk has a cooldown of 60/50/40 seconds.

Emboldened: While working on a generator for more than 25/20/15 seconds, Emboldened activates. While Emboldened is active, you can not get grabbed by the killer. If you are injured, gain the Endurance status effect. The effect persists for 5 seconds after you get off of a generator.

"Those who are gone should not be forgotten. And those who caused their deaths should never be forgiven." - Fog 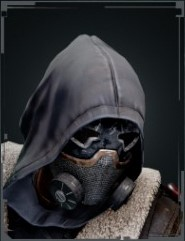 "My community was comprised of good people, and I did my best to keep them healthy. Disease was rife, as starvation suppresses the immune system. I did what I could." - Sawbones

"The war had plenty of villains, but it also had heroes. Their stories have mostly been forgotten, or willfully erased." - Sawbones 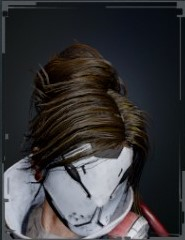 Power: Spirit of the woods

Press the Activate Power button to place a Forest Snare. (Forest Snares will look like a branch on the ground, but once stepped on a bunch of tentacle-like branches will come up and grab you by the leg.) Once you step on a Forest Snare, you become stuck in place until you either get hit or do a 3 second "Break Out" channel. Start out with 8 Forest Snares. Forest Snares take 5 seconds to arm.

Hold the Secondary Power button to activate Wind Dance. After a one second channel, leaves will start to blow around you as you disappear. When approaching survivors, they hear a steady wind blow. Exiting Wind Dance takes 5 seconds and renders you completely stuck in place.

Hey, Down There: Gain a token when you put a survivor into the Dying State, up to a maximum of 5 tokens. The next time you reach Bloodlust 1, all survivor's auras are revealed for 5/6/7 seconds. Uses 1 token.

"Many try to pass through my Garden, but only a few are chosen to meet her." - Eve Barnes

Hacker: Hacker affects the last generator you kicked. Any survivor who works on a generator affected by Hacker, will be have their aura revealed for 5/10/15 seconds. Has a cooldown of 30 seconds.

"I had to become a Hunter, the Spirit of the Woods had shown me that path. It's not easy though, especially for someone from the ruins." - Eve Barnes

After hitting a survivor, when they go further than 60/50/40 meters away from you, their aura is revealed.

My family all entered The Bloodharvest at the same time. I was the only one who made it through. - Eve Barnes

Weapon: Bayoneted Mowzer - A rusted semi-automatic sniper rifle that has stopped working long ago. Now its been crudely transformed into a sharp and deadly weapon. 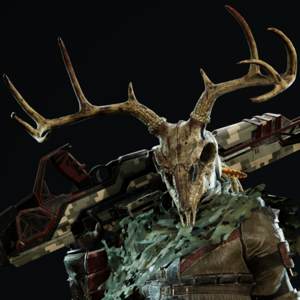 A printed leaf, generated from the Gardens. Now scorched and smoking. Touching it will make you hear whispers. Is it the Spirit of the Woods? Or something far, far worse? Completely removes Wind Dance. Survivors caught in Forest Snares suffer from the Oblivious and Blindness status effect for 90 seconds. Moderately increases Forest Snare arm time.

"Do you hear her whispers? There is a darkness in the forest that speaks to those who are willing to hear her." - Eve Barnes

A heart from one of her many victims. It still has a steady, healthy pulse. Survivors who are caught in Forest Snares suffer the Exposed status effect for 30 seconds. Start with 3 less Forest Snares.

"I take their true heart, a simulacrum won't do, and keep it here, in a sacred vessel. That way, a part of them lives in the forest forever." - Eve Barnes

"Biometric tattoos, at their most basic level, help with reaction times, bypassing slow nerves with much faster electrical connection, but they can do much more." - Aiswarya "Inked" Kumaran

"You Hunters have had too much power, for too long. It's not sustainable. We will rise up and take back what's ours." - Yani "Ghost" Amini

A fake hand. One of the many from its original owner. Survivors who successfully break out of Forest Snares will have their item consumed.

He thought he could outrun a bullet. He soon learned he was wrong. Tremendously increases Wind Dance movement speed.

"We pushed our luck too far." - Darius "Dash" Shaw

A relic from a time that has passed. Now she has different work to do. Survivors caught in Forest Snares are afflicted with the Exhaustion status effect.

"Purity can be achieved with fire, as well as water." - Eve Barnes

"Strike hard and fast, taking them out before they know you were even there." - Eve Barnes

At first, this technology seemed like a miracle. Now she has outgrown it. Tremendously decreases the time it takes to exit Wind Dance. Start with 3 less Forest Snares.

"You should come into the forest with me, so she can know you too." - Eve Barnes

Bark from a printed tree. As sacred as the forest itself. Considerably increases how long it takes for survivors to break out of Forest Snares. Moderately increases Forest Snare arm time.

"I still feel her call, every day. I have a Garden printed before each trial, so that I can speak with her." - Eve Barnes

"When he decided I was ready, Ethan gifted me his suit, saying he was done with the life. I carry a piece of him with me." - Eve Barnes

A magazine with no ammunition left. She doesn't have need for it anyways. Survivors caught in Forest Snares are afflicted with the Blindness status effect for 45 seconds.

"My family didn't hear her call. I don't know why. They weren't chosen, I guess. They aren't around any more." - Eve Barnes

A scope with a large crack in it. Moderately decreases Forest Snare arm time.

"There's nothing meaningless about it. Everything builds towards a final goal." - Eve Barnes

A complex system made for interacting with the crates scattered throughout the Garden. Now useless. Moderately decreases the time it takes to exit Wind Dance.

"Some day, she will call them back, from wherever they are, and they will join her." - Eve Barnes

A pile of grass printed for the Garden. Moderately increases how long it takes for survivors to break out of Forest Snares.

"They may continue to run around, some even move on, but the most important part of them stays here, with us." - Eve Barnes

Even this deer has more worth than those filth. Start with 2 more Forest Snares.

"When I first heard Yeva Sushko speak, I knew that this was my path, and I dedicated myself to her cause." - Eve Barnes

A broken .45C round from a TriSynkt. Survivors caught in Forest Snares are afflicted with the Hemorrhage status effect for 30 seconds.

"I had to talk to a lot of Hunters before one would talk back. That was Ethan Dawson. I'm not sure he understood my path, but he helped me walk it." - Eve Barnes

"Her power surged through me, there was no way that I wasn't worthy. Everyone saw it. I was fast-tracked inside." - Eve Barnes

Hunters are always getting their suit upgraded, leading to a lot of wasted parts. Slightly decreases the time it takes to exit Wind Dance.

"She tells me I am special, that I'm one of her chosen few, who help her to meet others." - Eve Barnes

A pile of dirt printed for the Garden. Slightly increases how long it takes for survivors to break out of Forest Snares.

"The Spirit of the Woods simply wants to know people, and people only show you their real selves in the moments they fear for their lives." - Eve Barnes

An antler from a poor critter. Start with 1 more Forest Snare.

"The world outside thinks that The Divided live for meaningless blood and violence, but that couldn't be farther from the truth." - Eve Barnes