Home› News› General News
Due to latency issues in the PTB, we have decided to postpone the server hit validation test until after the update releases on the live version of the game. We will let you know when the test will take place as soon as we can. Thank you all for your patience. 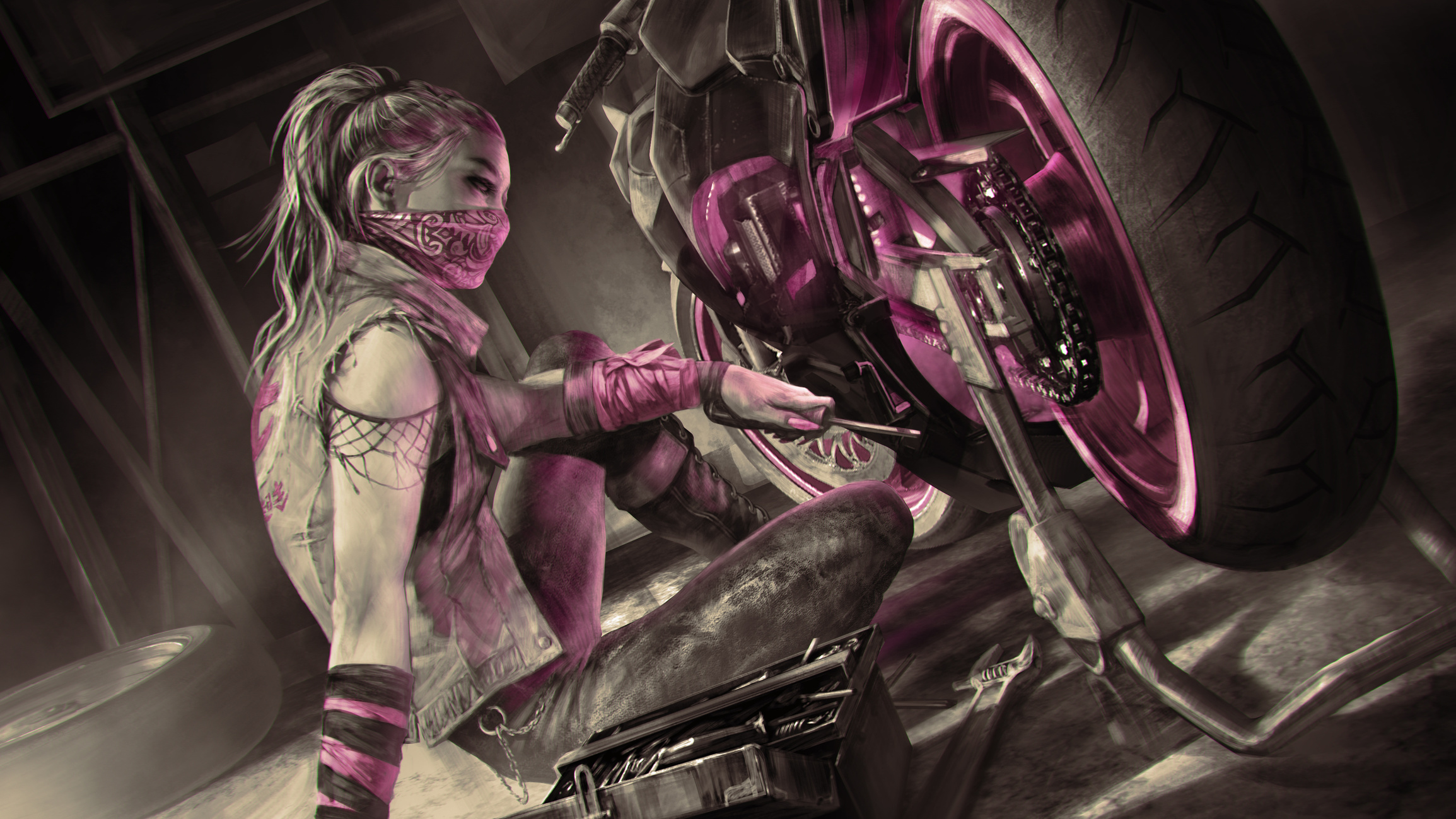 Despite her traditional upbringing, Yui Kimura raced scooters in her hometown of Hida where she earned the reputation of being able to do the impossible with very little.

She was able to not only maintain her scooter, but she modified the engine so that she could compete with older boys on motor crosses.

With her grandfathers ‘good luck hachimaki’ wrapped around her arm, she raced local boys who, unable to keep up with her, worked together to orchestrate her defeat. No luck for them. Yui outmaneuvered them at every turn and became a sensation to all her friends.

When it came time to apply for school, Yui gathered her courage and confessed her ambition to race motorcycles to her father. An altercation ensued and when Yui refused to apply for a proper education, her father felt a great shame and told her she was no longer welcome in their home. With a heavy heart, Yui left for Nagoya with the blessings and savings of her grandmother.

Nagoya was not what Yui expected. She could only find low grade clerical work or minor jobs as a hostess. With the last of the money her grandmother gave her, she purchased a racing bike and entered illegal street races where she won more money than she had ever seen.

Rumors of her courage and quick reflexes spread like wildfire. Soon she had an unofficial retinue of women motorcyclists wearing Yui’s signature pink.

Along with a gang following her, Yui realized she had a stalker following her in the shadows. When Yui realized her lucky handkerchief had been stolen from her apartment, she took her concerns to the police who laughed and dismissed her, saying her stalker was probably a nice guy and that she would probably marry him in the near future.

One evening Yui returned home to find the stalker in her apartment going through her things. He hadn’t seen her, and she wasn’t sure what she should do. But the sight of him going through her clothes was too much to bear. She yelled for him to leave.  The stalker turned to her with a knife. He lunged at her.  She evaded his attack, and he hit the wall and dropped his knife. Without hesitation, Yui tackled him. They rolled over the ground exchanging desperate blows. Yui took more blows than she had ever experienced racing scooters in Shirakawa. With a surge of adrenaline, she managed to overpower her stalker, snatching the knife from the floor and holding the razor-sharp blade to his neck.

When the police reached her apartment, they took him away and rushed Yui to the hospital for trauma. X-rays revealed she had broken her arm and foot in several places. It wasn’t long before her gang showed up one by one and together they helped her pay her medical bills.  Rehabilitation was difficult but Yui never gave up and with the support of her gang she was ready for the races.

Yui’s first race after the attack her gang presented her with a new pink hachimaki with their signatures and good luck messages written all over it. Yui vowed she would help other women with her winnings and influence. True to her word, her gang became known as the Sakura 7 Gang and they wore pink hachimakis as a symbol of unity and support for women needing help from stalkers and abusers. The Sakura 7 grew beyond the 7 members and Yui’s signature pink became synonymous with women’s empowerment. At street races women would line up in droves to support her. After winning seven straight races in a row, she attracted the attention of a sponsor. She not only earned a spot at the All-Japan Moto Championship but was the youngest woman to race and win in the prestigious event.

Her sponsorship soon tripled. So, too, did her gang. But everything came to a staggering halt at the illegal TK3 (Tokyo Kick 3000) street races. Yui was leading the race until she entered an unnatural fog that seemed to have appeared from nowhere. Baffled and confused, she stopped her bike and dismounted. It wasn’t long before she realized she wasn’t in Tokyo anymore.