Home› Bug Reports› Killers› The Wraith
We're making some changes thanks to the feedback received from the PTB. For more details, click here.
Dead by Daylight will undergo scheduled maintenance at 5PM EDT today. This maintenance is expected to last about 30 minutes. During this time, all game services will be unavailable. Thank you
You are currently reviewing the archived bug reports section. To report a new issue, please use the new bug reports section found here: https://forum.deadbydaylight.com/en/categories/bugs
If you are experiencing the Rank Update Error, please click here: https://forum.deadbydaylight.com/en/discussion/125133/

Wraith When Cloak or Uncloak bug (from survivor FOV)

Issue: I got this bug, after the update 3.5.1. every time i go against killer Wraith, the texture of the killer is everywhere, and blocking the FOV of my game as a survivor. But, if it's near enough (i think it's 6 meter maybe/while in chase), the bug is gone. But, beyond that 6 meters mark, the outcome would be it's blocking some of the FOV or majority of FOV.

Before i was playing with my other friend, and got Wraith as the killer, on my screen the texture bug exist, but in her screen, there was no bug at all. So, i got confuse.

Steps to reproduce: I don't know if the killer using a specific kind of perks or addons, to triggers this bug. Or maybe some players that get this bug.

How often: Everytime i go against the killer Wraith in a match. Well it's like 8/10 match it occurs.

Hope you're reading this Dev of BHVR. 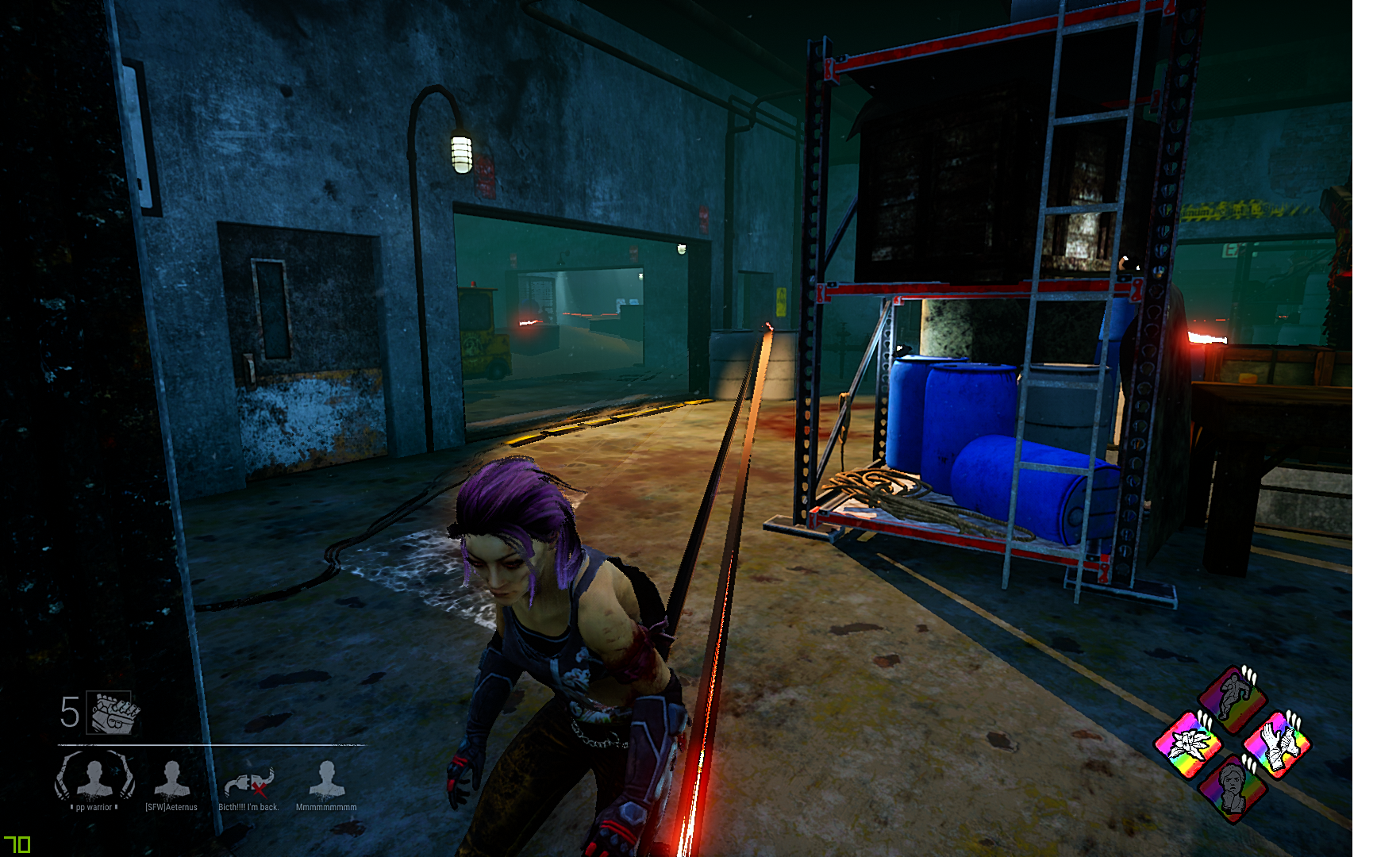 *this is an example of what the bug looks like from my FOV when the Wraith isn't cloaking. It's not that much in this SC, but majority of the time, it will block most of FOV i have. (60 to 75%-ish you get the point.)