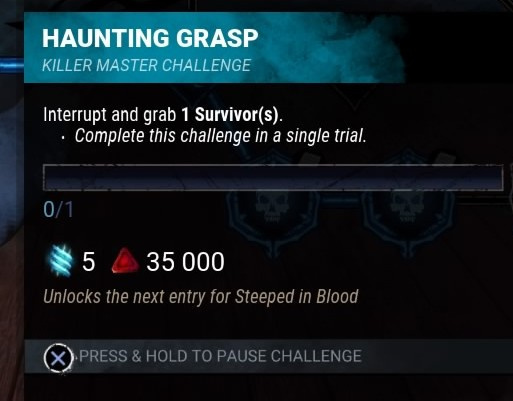 The survivor grab animation on PS4 is still bugged, making it extremely annoying and difficult to get this challenge completed. This bug has lasted for far too long. There has been well more than enough time to fix it and plenty of us have reported it. As soon as the killer grabs the survivor, the animation begins and then is just randomly stopped as the survivor runs free. Many survivors abuse this too because they know they can't be grabbed if they let go at the right time. It has turned into an exploit. Also some maps are still too dark for both roles. I shouldn't have to turn up monitor brightness to be able to play a game. That's just nonsense. Dark maps aren't making the game scarier for anyone.