Unreal Engine is exiting due to D3D device being lost

I'm experiencing regular game crashes. It's already been annoying as it is but now with the DC penalty active and me not being able to play anymore now, I am hoping that somebody can help me

I get those crashes sometimes, and sometimes not at all. But when I do, its 3-5 in a row and then it's not crashing again for a week. Rinse and repeat. I can play every other game just fine.

I did install the latest drivers, I also verified the game files (yet again). I don't run anythin else apart from Steam and Discord when I play. Restarting the PC doesn't help, it just keeps crashing a couple of times. 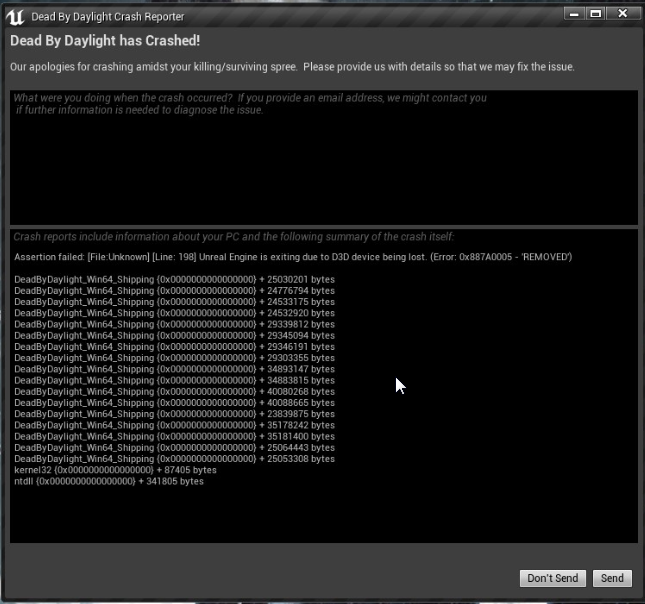