Home › Feedback › Feedback and Suggestions
The 3.6.0 PTB is now live on Steam! For full details, click here: https://forum.deadbydaylight.com/en/discussion/130916/
We are aware and looking into the issue which caused players to have their rank reset further than intended. If your rank was not reset at all this month, this is a visual bug and closing and re-opening the game should fix it.
We have updated our Forum Rules. Please take a moment to read through them: https://forum.deadbydaylight.com/en/discussion/87004/

Plenty of games like DBD have a system like this in place, this is one of the few games that feels dated in the sense it doesn't. Just a system that lets you name and keep up to 3 build saves per character you have, so you can quickly change them, and it pulls all the selected addons and offerings you have it set for unless changed while it's selected.

A bonus would be if it also had a save button to let you update instead of just saving what it is left on just in case you run out of an item in that build, so it remembers to pull it once you do have it in your inventory again.

Lastly, the ability to name them would be nice but it is not required by any means, just having 3 numbered slots that you can select would be more than enough.

Once you have every perk for a character like Demo, who multiple builds work so well on, it can be very annoying to have to change each perk out individually anytime you want to swap to another build you like, since I have to go through and swap each perk individually, change out the addons, etc... It's just a quality of life thing.

They wouldn't be required initially, so if you wanted to be like warframe and just have like, 1 slot unlock per prestige level of that character or something, it would help a lot too and give more benefit to prestige without making it hyper important. (To folks wondering why, saving info like this actually has complications on servers, so having some type of limitation to make sure people are using it primarily on the characters they need it most can help lessen that strain a great deal)

I have an example of what I mean here: 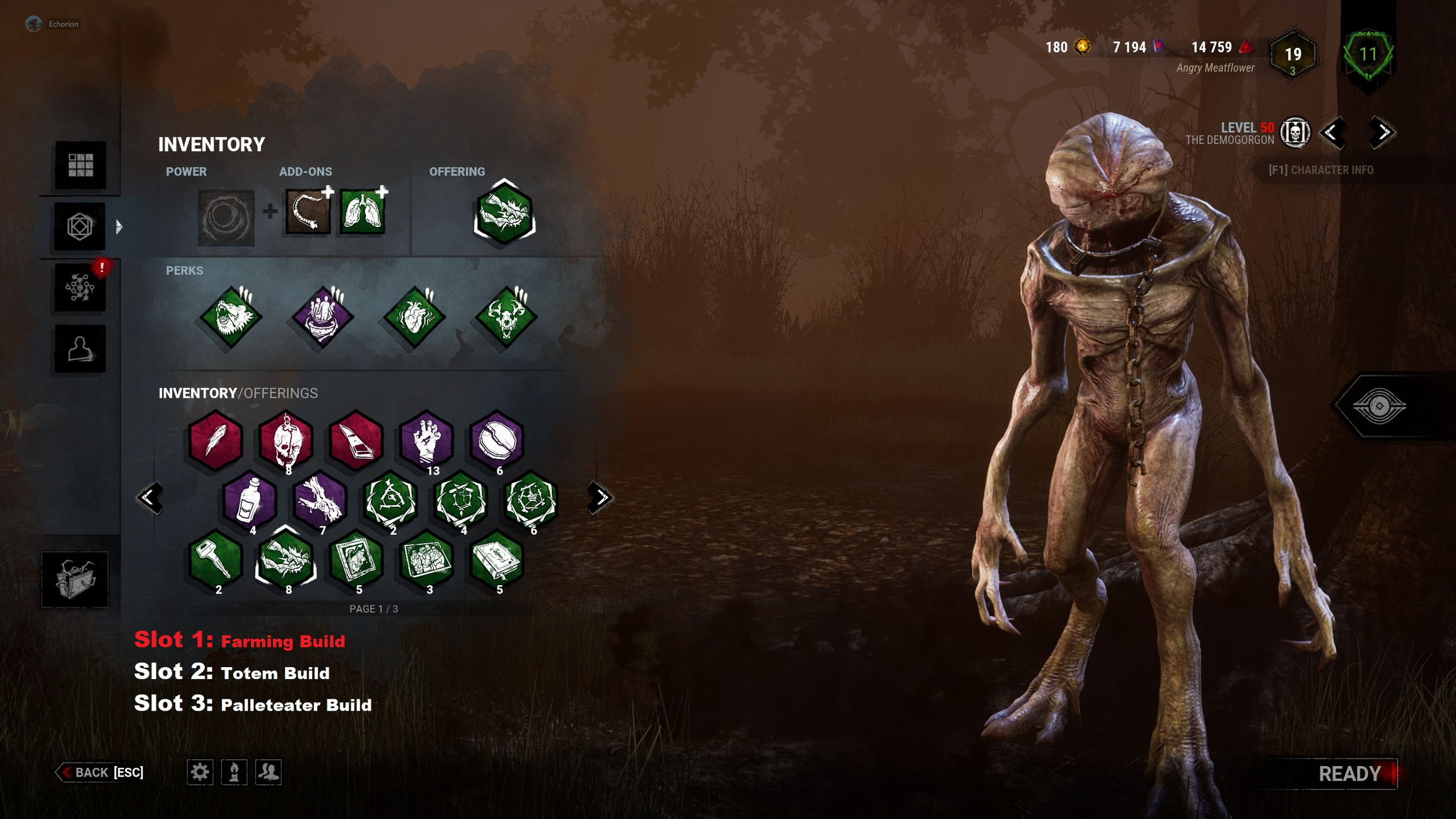