Why Do Challenges Not Work

To start this off, I may be putting this in the wrong place, I don't know. If so, tell me and I'll repost this elsewhere.

Anyway, just a moment ago I played a game as Hag. It went pretty poorly, but I ended up getting a single sacrifice. Now, prior to this game I had the Level 2 "Reverent" killer challenge selected, which calls upon me to sacrifice 13 survivors to the entity. This challenge had 1/13 before the match. Now, after the match it still has 1/13 despite my sacrifice! What gives?

This isn't the only time this has happened either. I've gotten a few different 4ks with the Level 1 "Reverent" killer challenge selected, calling upon me to sacrifice 5 survivors to the entity, and yet I still only have 3/5?? I have a screenshot below displaying what I mean. 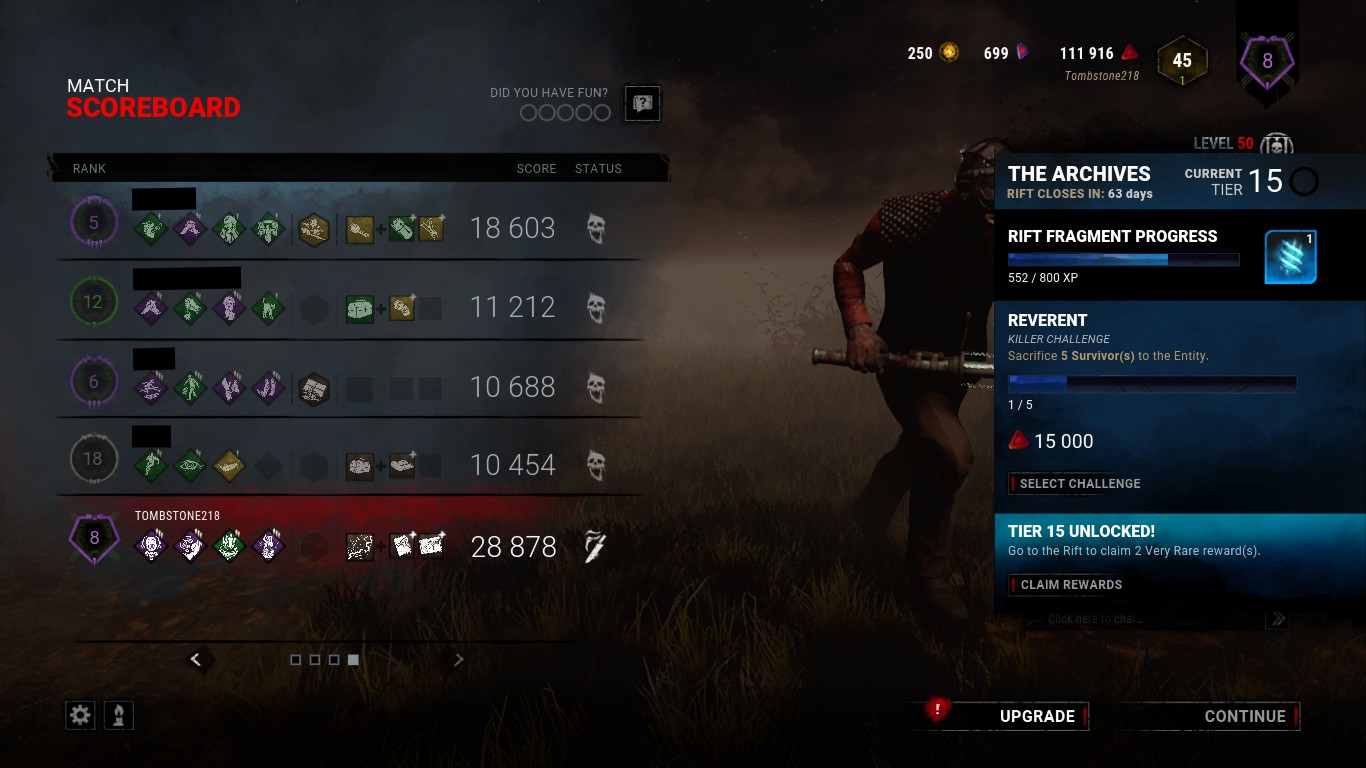 As you can clearly see all of the survivors had been sacrificed, and yet I only had 1/5 at the time of the screenshot. This wasn't a KYF, nor did I enable the challenge after the match. It had been active prior to, during, and after the match, and yet it had failed to record ANY of my sacrifices.