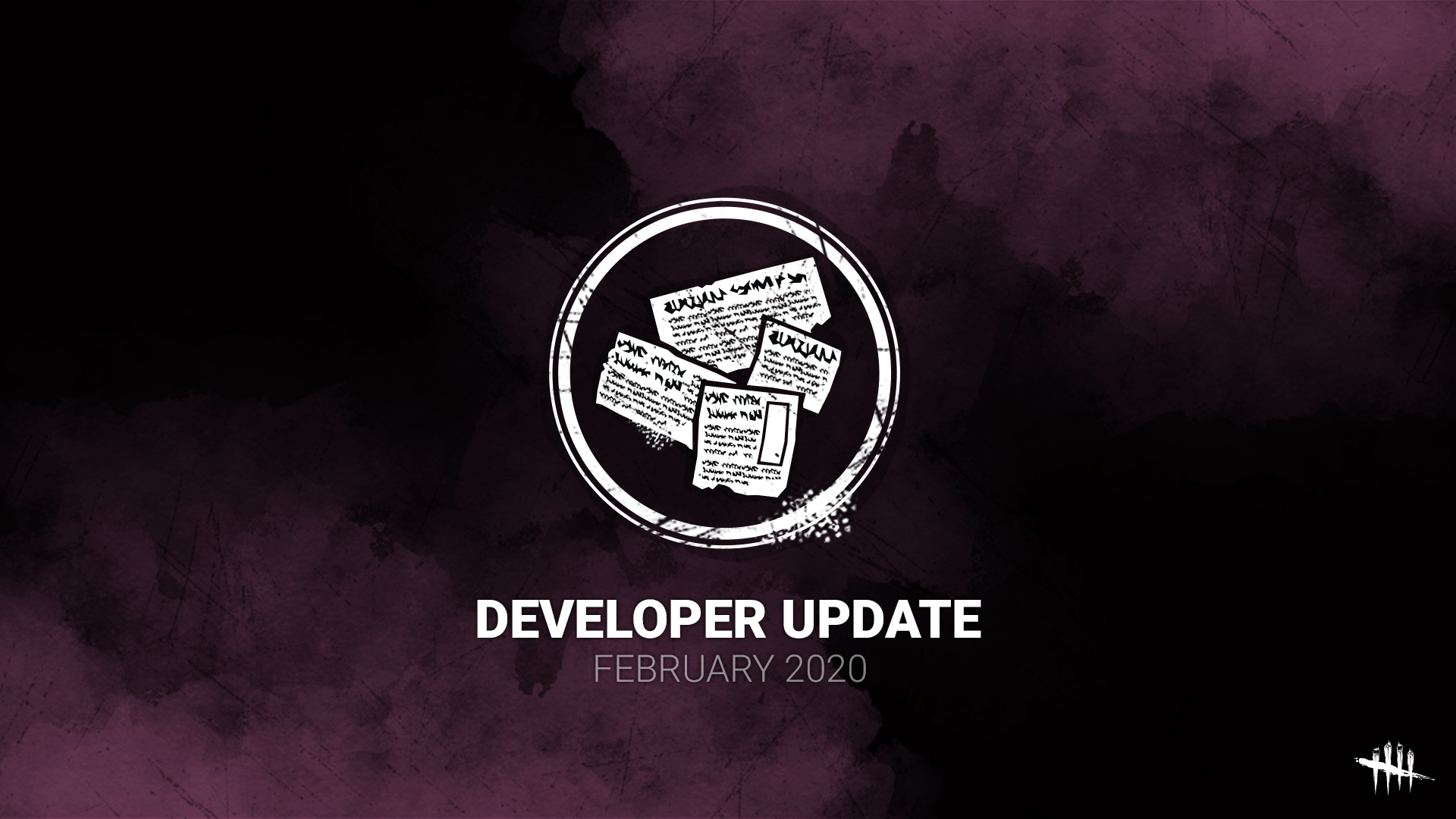 The first Developer Update of the new year is here! In this series of blogposts, we take a look at some upcoming changes and improvements making their way into Dead by Daylight, as well as our progress on any pressing issues. This time around, we’ll be revealing the changes coming to Toolboxes and Items, changes to a pair of Killers, and a new game changing feature.

We are working on a brand-new matchmaking and ranking system. In case you missed it, you can read up on the full details here: https://forum.deadbydaylight.com/en/discussion/124795/

Toolboxes have been on our to-do list for a while now. While they aren’t always a game changer on their own, they can quickly become problematic when multiple Survivors choose to bring one into a trial. Since repairing Generators is the Survivors’ main objective, we want to make sure that they cannot speed up their repairs too much. This is something we’ve kept in mind with perks, which is why so few perks affect repair speed. Toolboxes were an outlier in that they could be used to considerably speed up your repairs across multiple generators, shaving off a lot of repair time.

To balance this, we are drastically lowering the number of charges Toolboxes have, but increasing their repair speed to compensate. This way you’ll be able to repair a small portion of a Generator very quickly, but your Toolbox will run out much sooner as well. This change has two large benefits:

Toolboxes have also had their add-ons reviewed to go in line with these changes.

We have made changes to sabotage as well to go along with the updated Toolboxes. There’s a few things we’d like to address with the current sabotage mechanic:

To make sabotaging more interesting and accessible, we have made the following changes:

The result is a much more dynamic sabotage interaction: Rather than running around getting hooks ready at the start of a match, sabotaging is now something that can be done on the fly. Meanwhile, if the Killer reacts quickly, they may be able to take the Survivor to a different hook in time or drop the Survivor and try again when the hook respawns shortly after.

To match the changes to sabotaging, we have adjusted the following perks:

With the update to Toolboxes and the recent Medkit changes in mind, we have made changes to the way items are handled once they are used up. Currently, an efficient Survivor will keep an eye on their item and stop using it at the last second in order to escape with it and keep it. Since most items are used up very quickly now, we want to avoid awkward situations where you’re trying to stop at the last second and accidentally destroy your item.

Going forward, items will not be destroyed if all their charges are used up. Instead, the item will be disabled for the rest of the match. If you escape with an item with no charges left, it will be added back to your inventory as always.

At the same time, we’ll be making it so that any add-ons you equip are consumed after the match (whether you escape with the item or not). This is inline with Killer add-ons, which are single use. Ace in the Hole will allow you to keep any add-ons you escape the trial with.

Debuting alongside the next chapter, we are pleased to announce a new feature that will allow Killers to shape the map as they hunt down Survivors: Breakable walls. This mechanic is available to all Killers.

Breakable walls appear in preset locations, much like pallets. Unlike pallets, a Survivor cannot interact with them in any way. The Killer, however, can walk up to one of these walls and break it down whenever they like.

For now, they will be exclusive to the upcoming map, where we’ll be experimenting with different uses. Breaking some may make a strong window loop weaker, allowing you to catch up much quicker. Others might open up new paths to get around the map faster. We’ll be keeping a close eye on how everyone uses them to see what works best before adding them to existing maps.

When breakable walls are added to other maps, they will appear differently to suit the Realm’s theme. Although they may look different from one map to the next, we will make sure that they are easily recognizable so it is clear which walls can and can’t be broken at a glance.

Additionally, any Perk or Add-on that affects pallet breaking speed will be extended to breakable walls. Killer Powers that can break pallets will also be able to break these walls.

With the release of the next chapter, a few existing Killers will be receiving some slight changes.

With the update The Doctor received in the last mid-chapter, there are now two ways to inflict Madness: Shock Therapy, and Static Blast. To make it clearer what is required to increase a Survivor’s Madness level, we are making the following changes:

Overall, the amount of times you need to shock a Survivor to increase their Madness should feel roughly the same since their Madness will no longer passively decay. Our hope is that this will make it much clearer to both the person playing The Doctor and any Survivors playing against them exactly what it will take to make them reach the next level.

Going forward, The Plague will always start with one corrupted fountain. The goals behind this change are very simple:

And finally, this adds another layer of strategy to playing The Plague. You can decide if you want to use your guaranteed fountain right away to help get an early down, or save it for later in the match when a few Survivors are already broken from your Vile Purge.

As mentioned above, The Trapper’s traps will no longer give the Survivors an option to sabotage them. Additionally, his traps can now be reset without picking them up first. This option is available whether you’re currently holding another trap or not.

This concludes the February edition of our Developer Update. As always, all of these changes will be available for testing on the PTB before they go live. We look forward to hearing what you think about everything we’ve detailed today!