Hey guys, hardcore Meg main here that's been playing her since 2016/4k hours. While I love all the new cosmetics that have come out for Meg, I've noticed that ever since the PTB for the 2.0 patch, the original models/textures for her older cosmetics have been downgraded or have issues that they didn't have before. Here's a list of what I noticed: 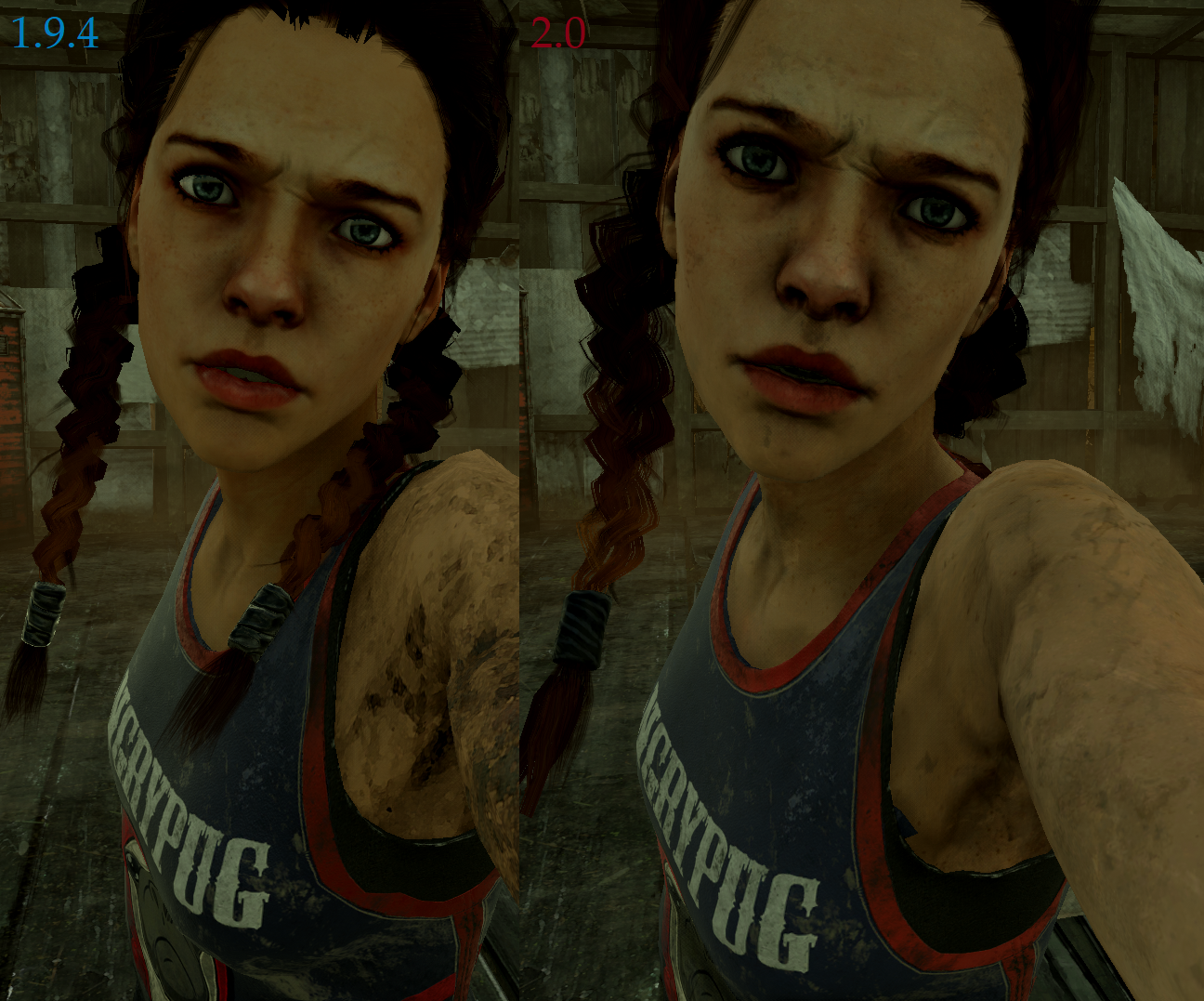 -The new base model/texture for her face is covered with blemishes, a paler skin tone, and is overly darkened on parts like her nose/eyes. It also has issues like a big black streak on her teeth as well as two splits on her lips. I understand it was updated to accommodate all the new cosmetics easier/faster, but it would be great if her face stayed the same quality as Viviane Herzog left it. BHVR should know better than to sacrifice their beloved characters' original model quality for the sake of optimization, especially their faces. This is my main problem because seriously, it was perfect! 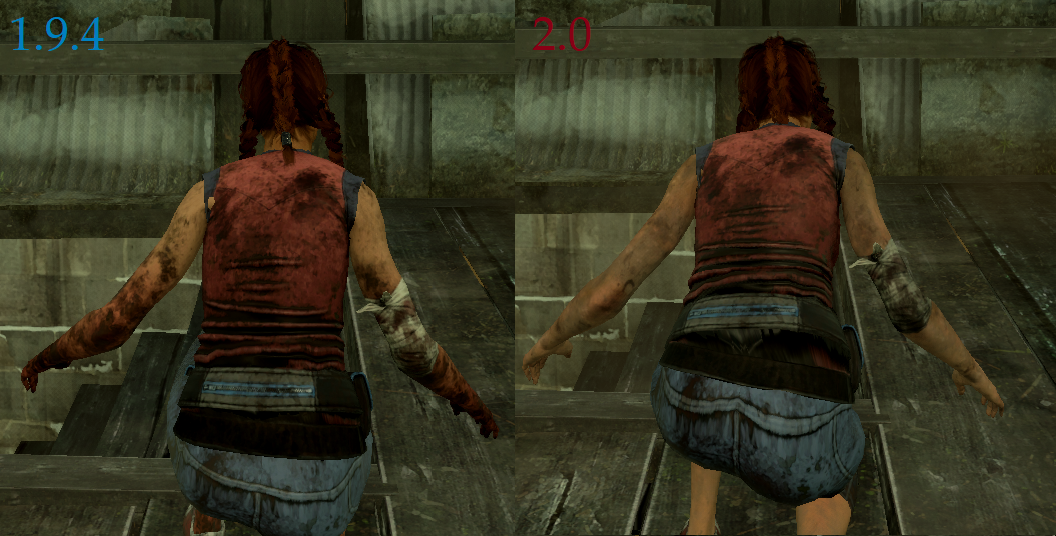 -The new model for her Sport Top splits and stretches below the running belt, most noticeably from the back, and also still has the orange 1.9.4 Legacy when you use Legacy 1(excluding her arms). 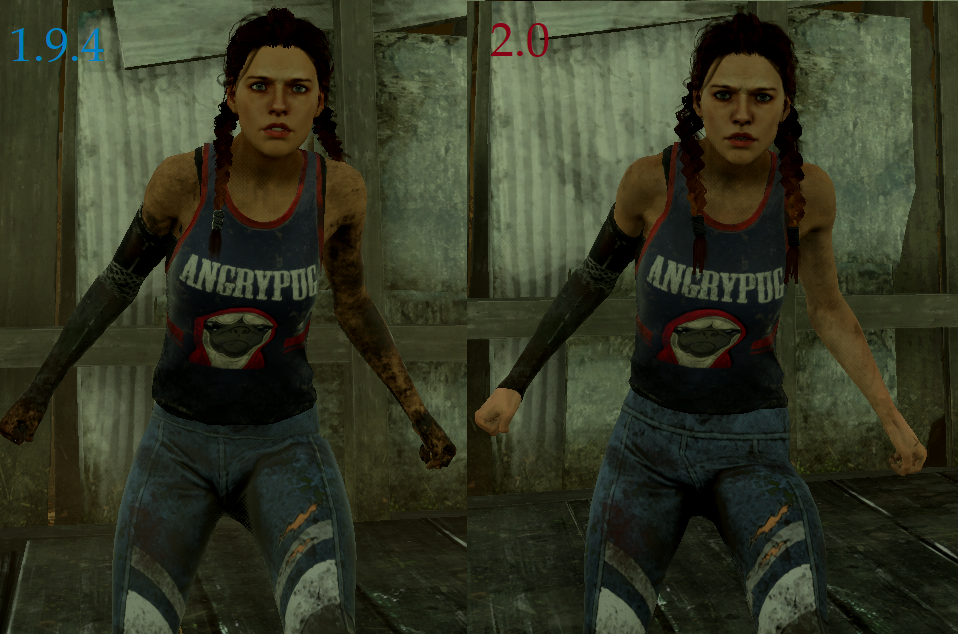 -The new model/texture for her Sport Leggings is missing the sheen that it had in 1.9.4 that made them look cleaner(I remember that this happened before when her Legacy 2 first came out, but it was added back later). There's also something off about the hip/pelvic area with them and only them(and their recolors/prestige versions), giving her squished upper thighs and a flatter butt. I used to prefer wearing these leggings over the Street Meg pants, but now that they're so dirty looking and even have lesser thighs...
-The new model/texture for her jerseys is missing the shiny material it had in 1.9.4. The yellow or red streaks the jerseys have on them are now dull instead of reflective. 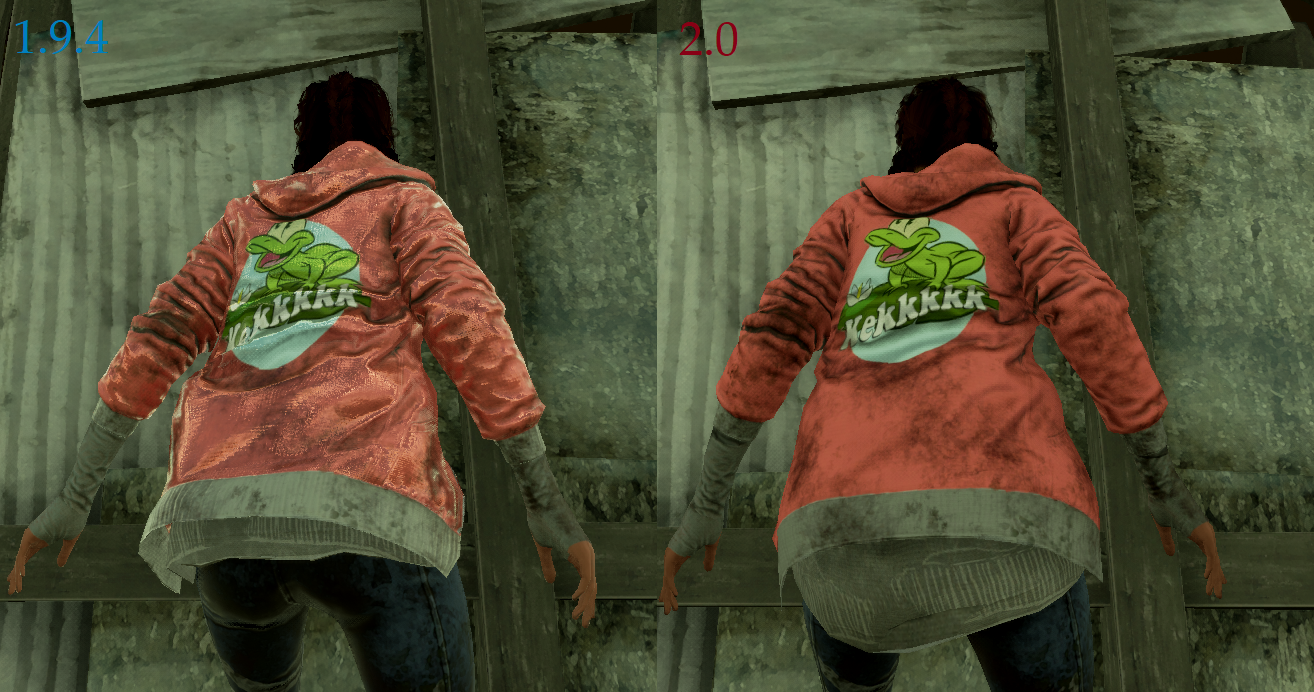 -The new model/texture for her jackets is missing the shiny material it had before, specifically for the Charity Case ones. The only one that still shines is the Red-Trim Leather Hoodie that everybody has and that one didn't even do that in 1.9.4. The inside shirt also sags more now. 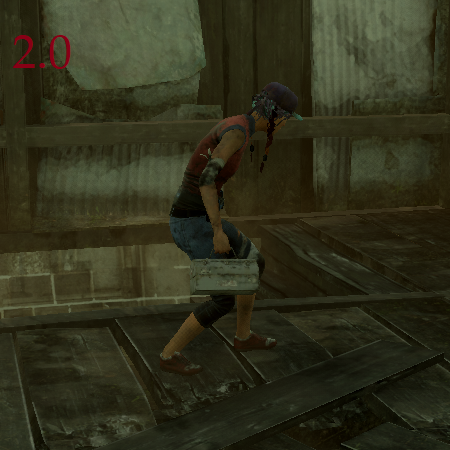 -Meg's Sport Cap hair turns blue when you see it from a distance in a game. 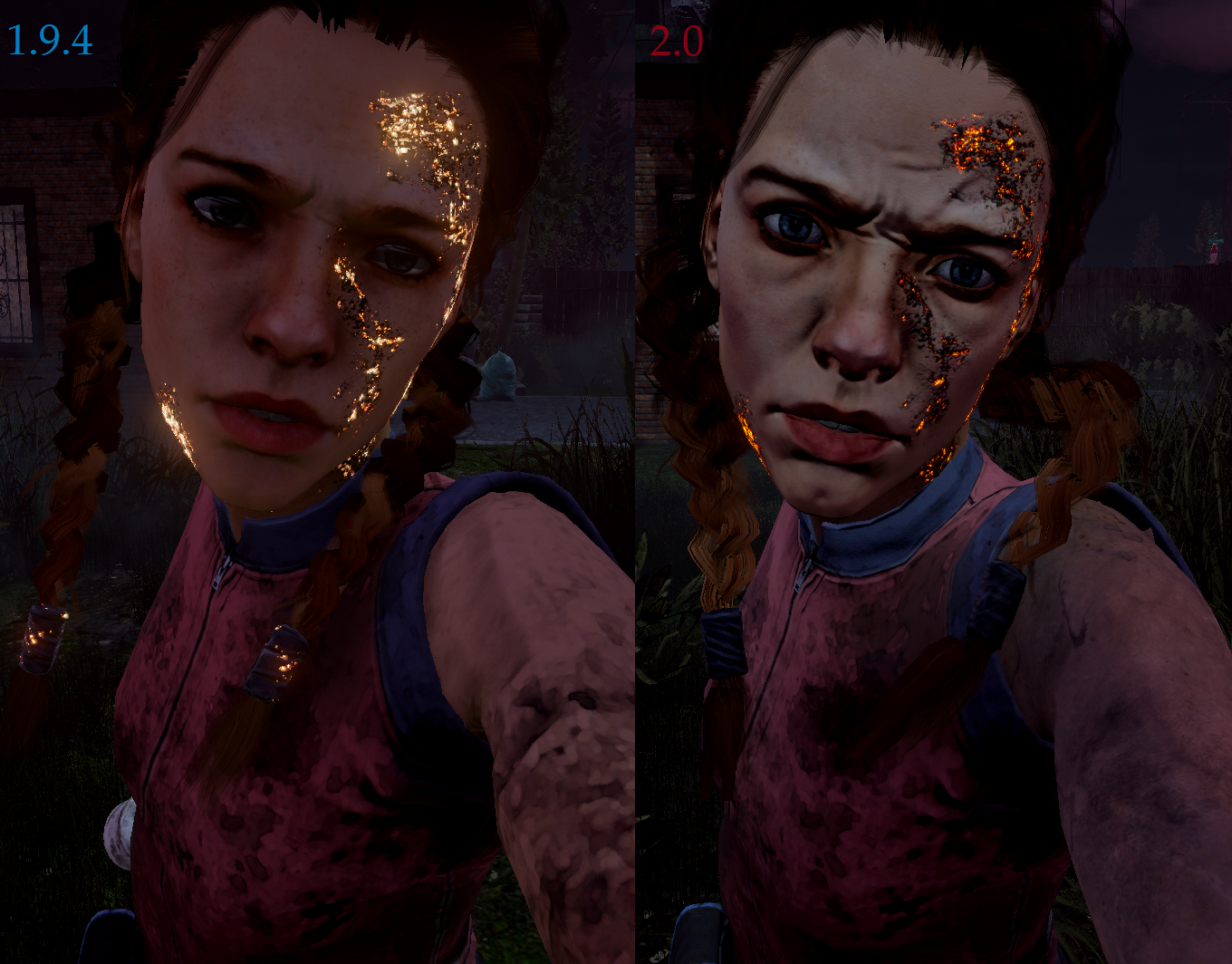 -Meg's Legacy 3 is missing the Entity-Touched bits from her hair ties. You can see that the hair ties themselves were also downgraded. 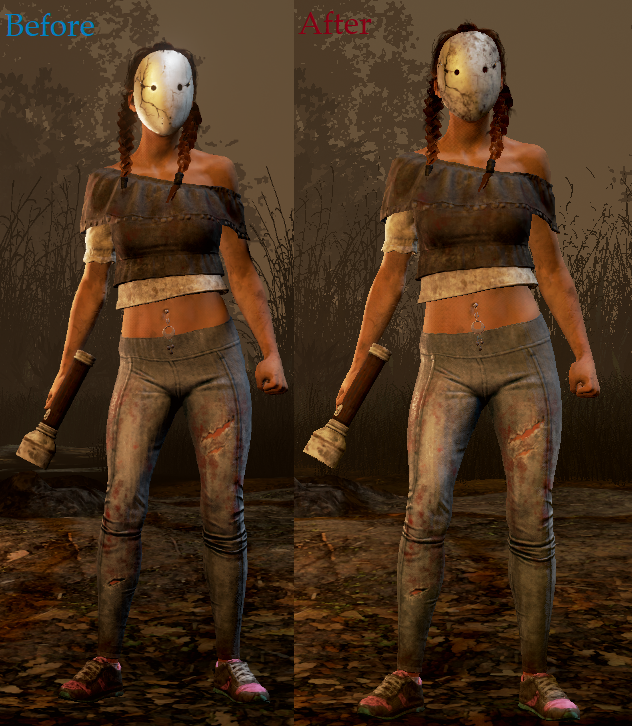 -Meg's Deathgarden mask used to be a clean white but was dirtied for some reason. Went well with her bright white outfits. At least it covers up the tragedy that happened to her face

I like that her arms and legs are cleaned up and have more detail to them, but IMO her face was perfect before and should've stayed that way

. The old clothing itself almost all seems to be downgraded mostly because it's missing that luster it had before(Did someone forget to add that material back to the texture or something?). It seems that whoever did the updating for Meg's older models did kind of a sloppy job with it and that's such a shame to see as she's one of your most popular and attractive characters. I really hope you guys can revert some of the changes that happened, that would be amazing as Meg looked perfect before and I loved using those OG outfits all the time. Thank you for reading my meticulous complaints!