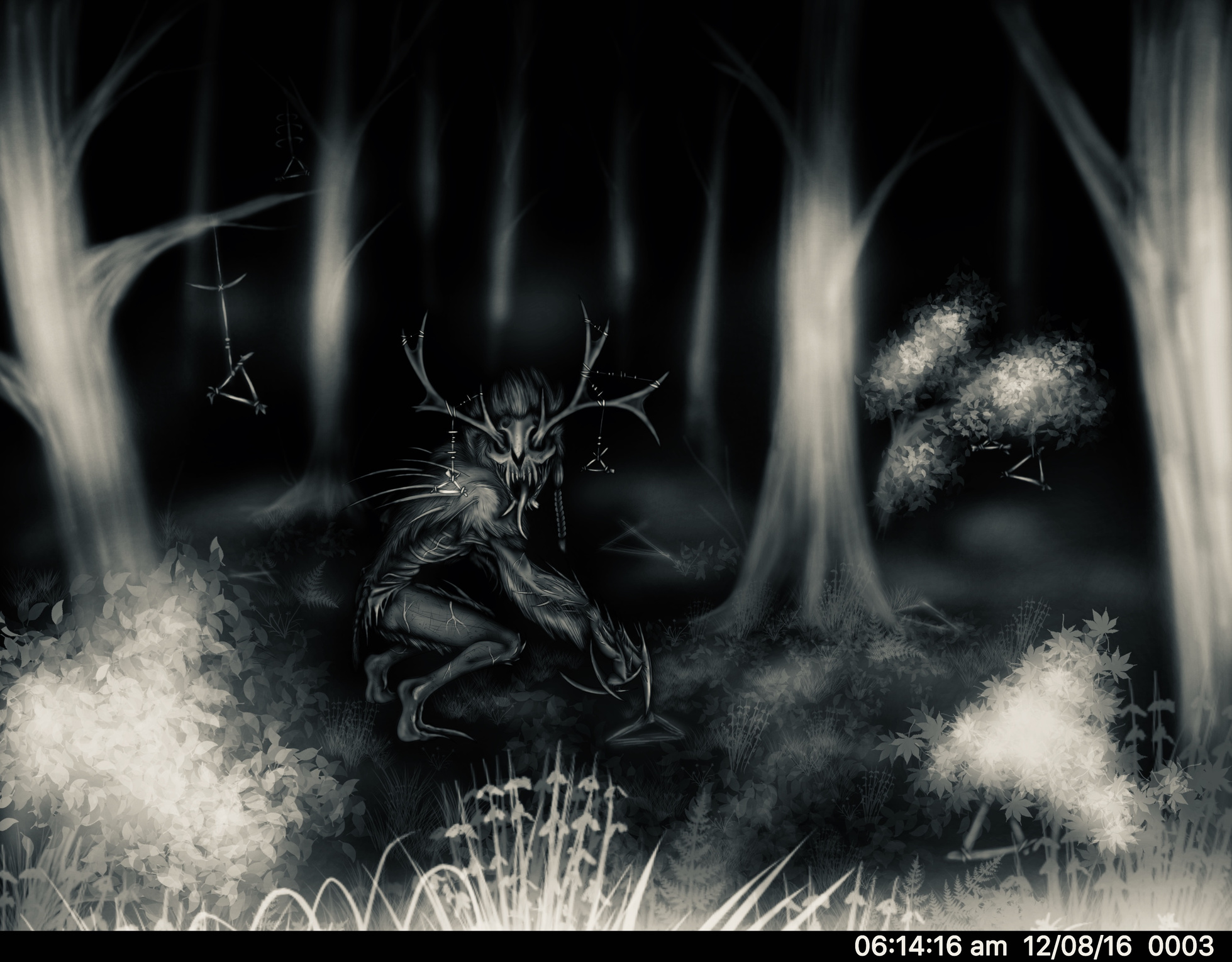 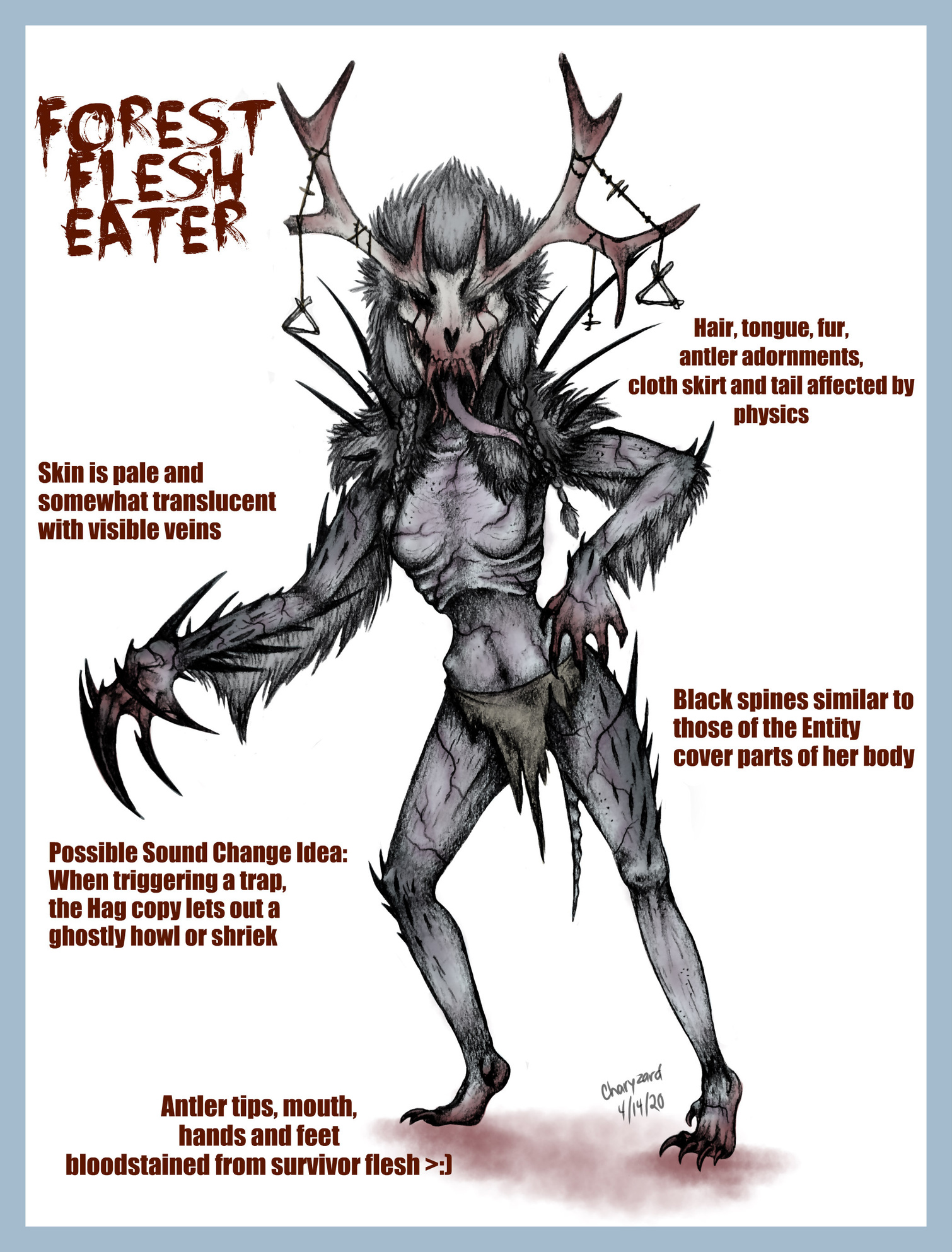 My entry for the 2020 contest. Forest Flesh Eater Hag, drawn with pencil and colored digitally.

I've always gotten strong Wendigo vibes from the Hag, and I thought it would be cool to design her a skin based off of that. Wendigos are evil spirits that transform those who cannibalize in the woods into hideous monsters. They are described as being emaciated with pale flesh, and sharp teeth and claws. Some artworks depict them having antlers and/or animal skulls.

I wanted to design a skin for the Hag that makes her appear less human and more animal-like, but is also still easily recognizable as 'the Hag'. She's still a creepy flesh eating monster lady, but instead of turning into a mud zombie after consuming flesh, the Entity turned her into a Wendigo.

Hopefully this design isn't too extreme, I think the skull looks pretty sick.

***There’s an Easter egg hidden in the splash art, see if you can find it.***