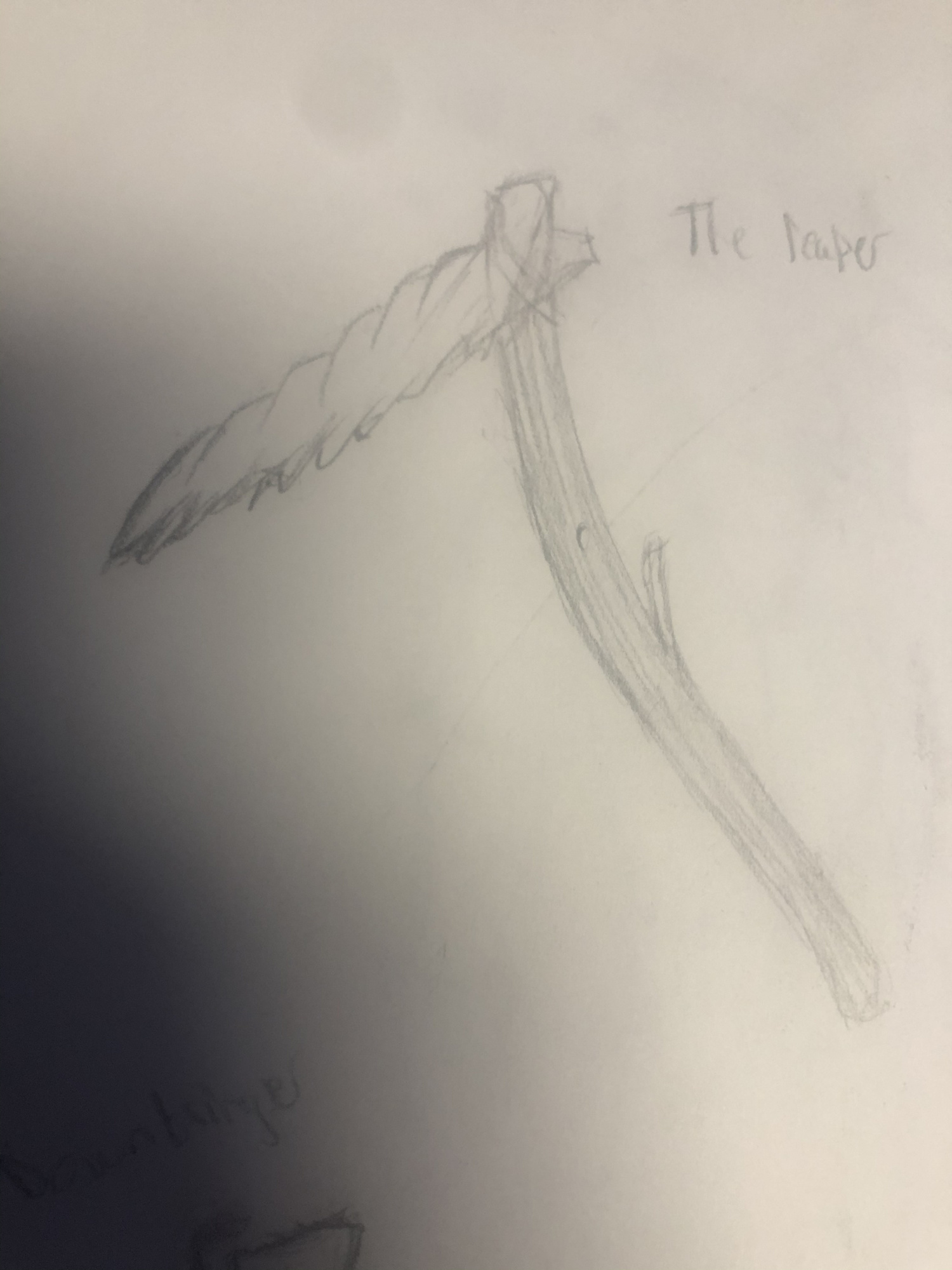 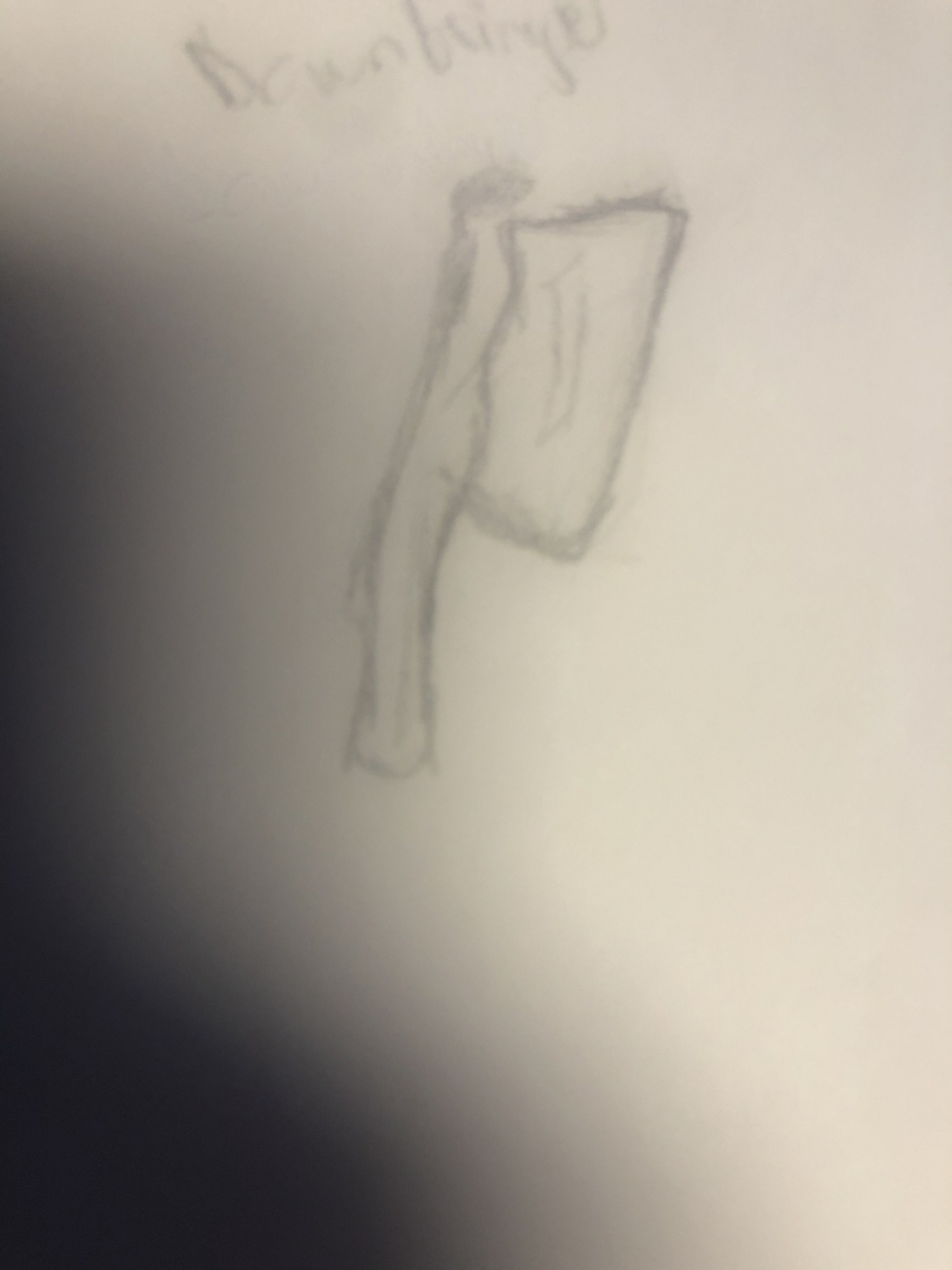 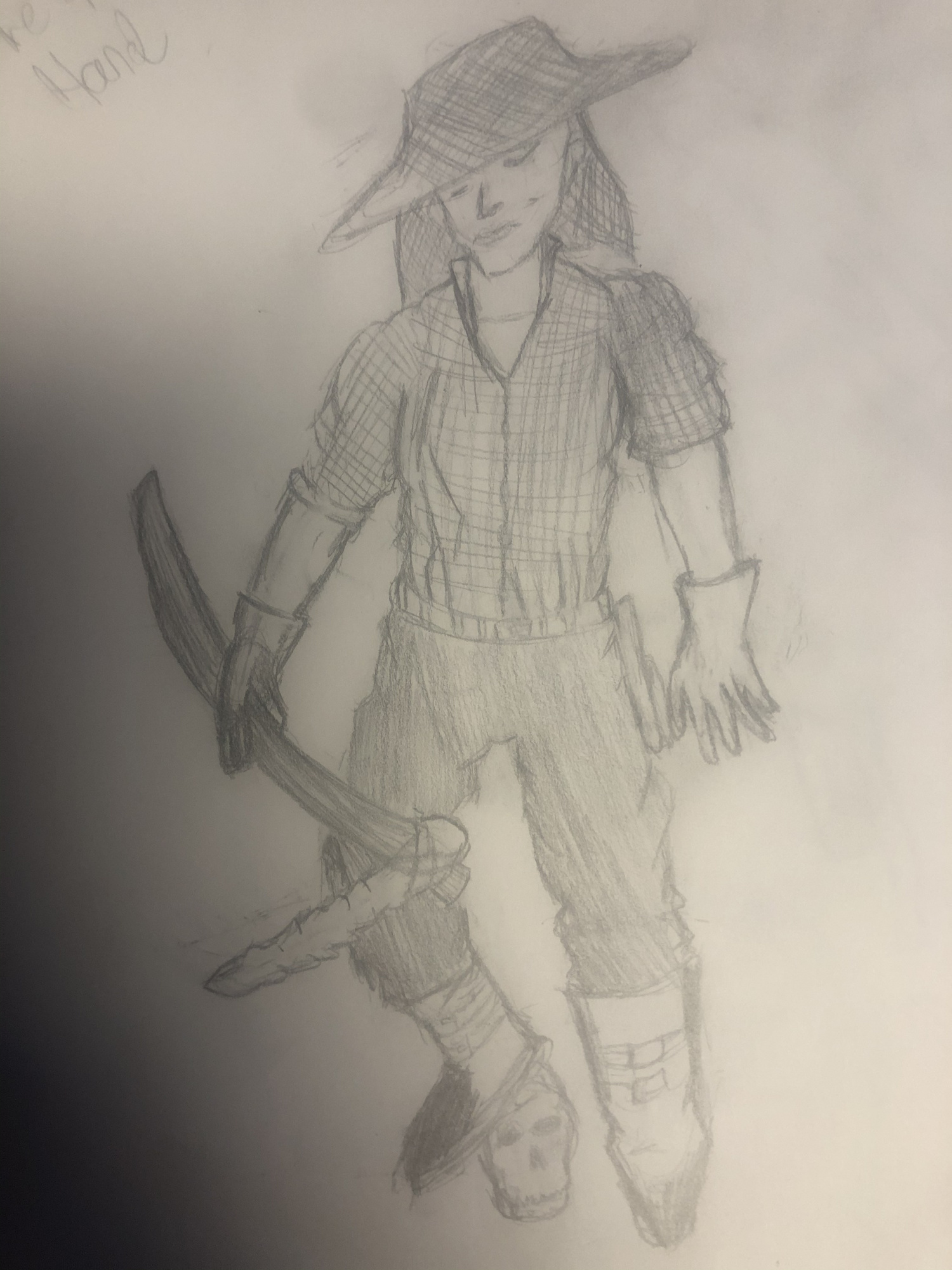 The first image is the main weapon known as the reaper with the second being the hatchet called harvester. The Huntresses main design being a farmer or rancher. I suppose the back story would go as such. One night a woman emerged from slumber. Hearing noises in the crops she would move to investigate only to find her husband being butchered by home intruders, at this moment the woman had no choice but to retaliate and fight back in the horror. Continuous playbacks of her husbands mangled corpse in the back of her head she snapped, and gruesomely gored and butchered the assailants. The reaper made of her husbands bones as memory and the hatchet partially made of her victims as a reminder.