I'm hoping this brightness isn't intentional. Playing as Deathslinger on The Game on PS4. There is a Claudette on the ground in this image. Maybe its brighter for you than it is for me but I had my tv brightness as high as it can go. The Claudette's in this game were hiding in plain sight (I'm assuming they knew they could hide so well because how dark it was). I fully believe it's a borderline exploit at this point. I'm really hoping this is a bug. It's nearly unplayable. It doesn't bring a horror aspect to the game either like many believe. It's just an easier way to hide from the killer. It wasn't just this one area, almost the entire downstairs was nearly pitch black. Thanks for reading! Have a great day! 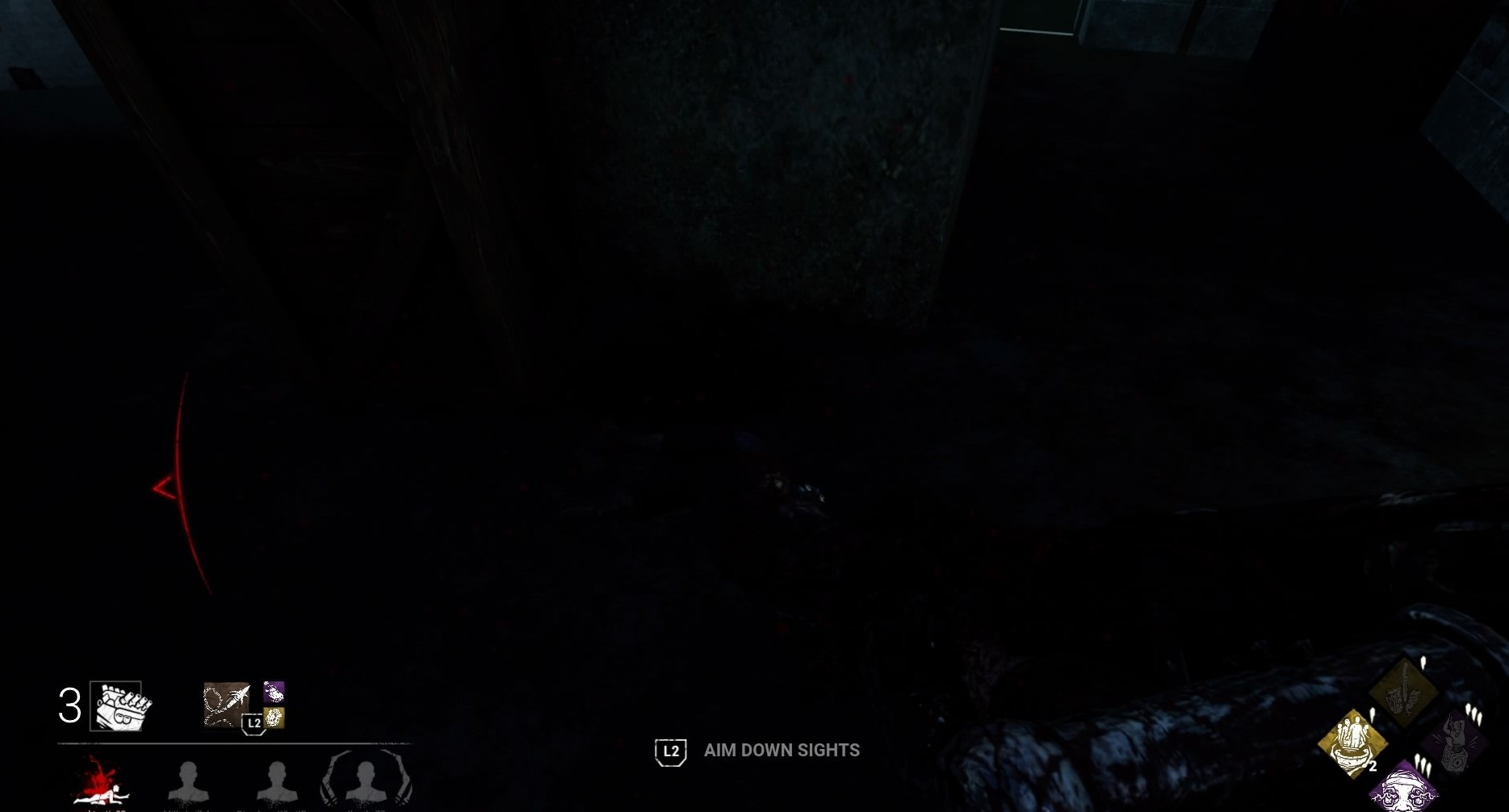 Bottom of image was cropped out to hide player names.