The best of survivor hate mail

So I played a game as Wraith and was doing quite well against my group of survivors when I went for a gen grab and was stuck in the animation for 2 minutes.

Sadly it was impossible to bounce back from that so I had to do my best to at least safety pip and decided to tunnel. I don't advocate that normally but they had a 2 minute free for all. I still managed a 2k and kept my Rank 1 so Im proud of that.

This survivor died at the end of the match and watched from the hook as his friends jumped into the hatch. Saltiness continued into post-game chat. Here's a snippet: 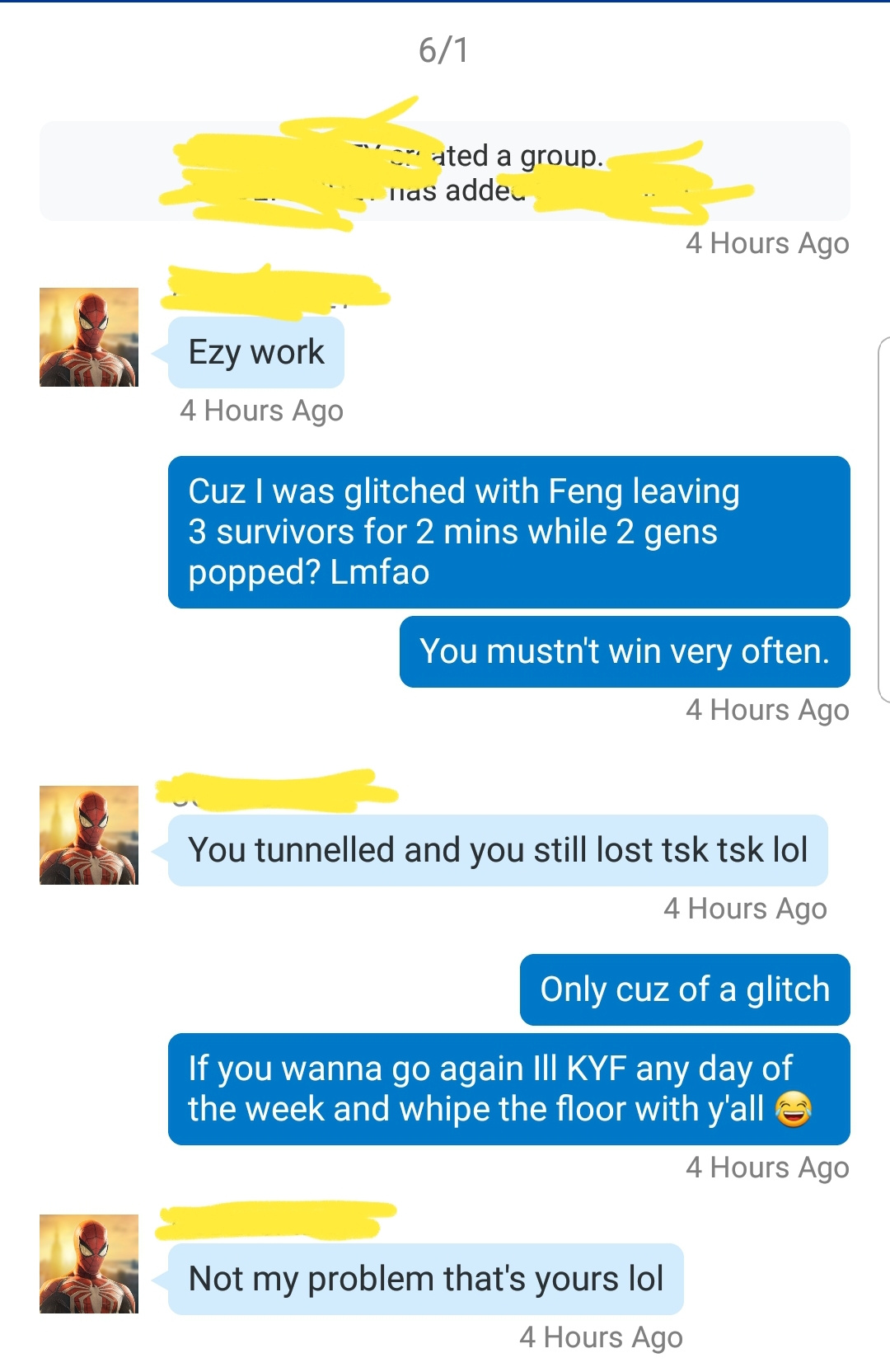 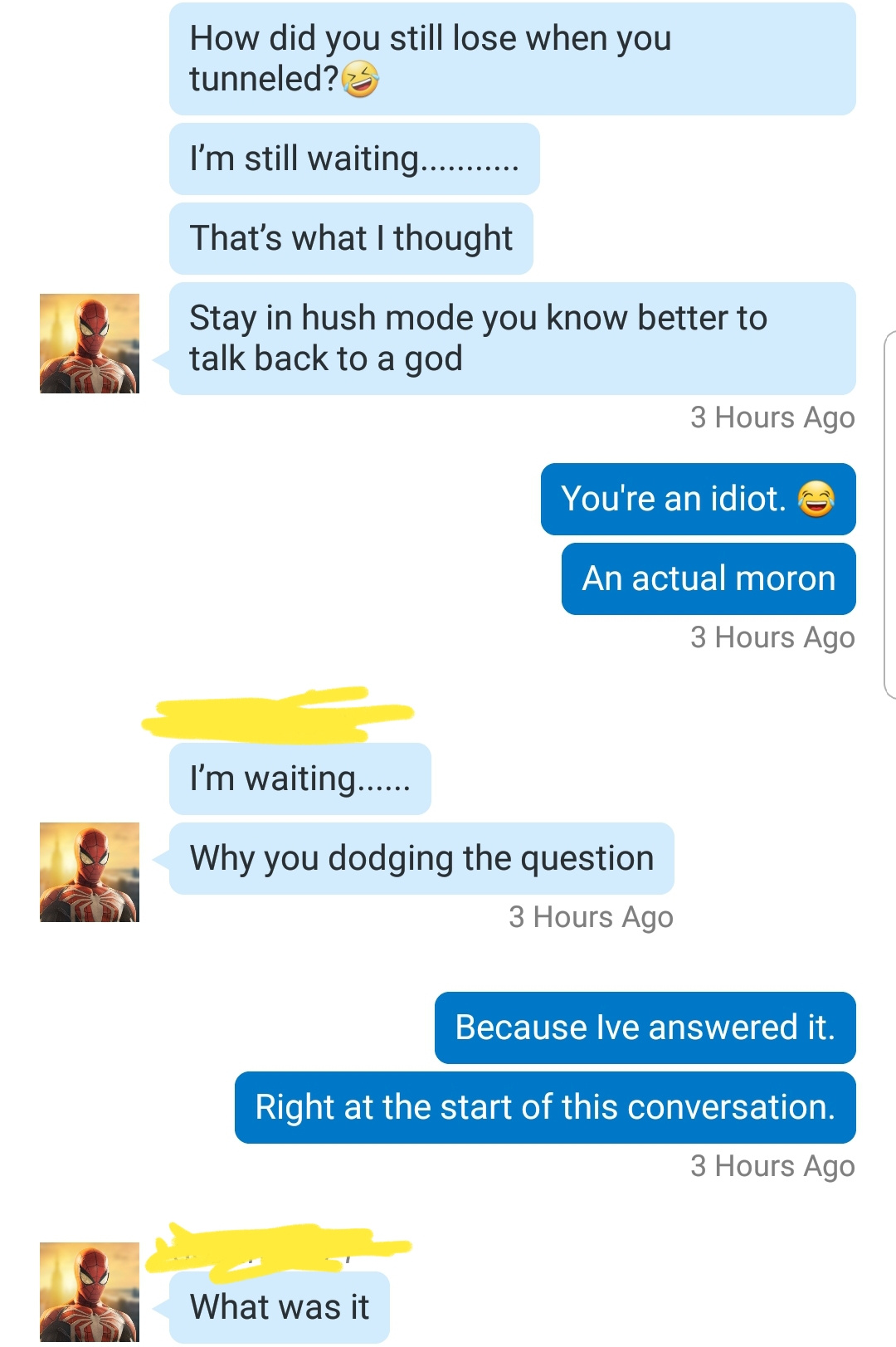 I like to stir the pot and didn't mind engaging in this conversation, but it's kind of amazing to see how tilted people can get playing DbD...even when thrown an unexpected and huge advantage.