Double bug screenshots: offerings not being consumed and perks not shown in tally screen

Both bugs happen regularly (rough guess every third game) and currently I would say randomly (at least I did not recognize any pattern yet).

The 4th anniversary cake (not tested with other offerings yet) is selected, but not shown while burning and after the game the count is still the same. I.e. as I had simply not taken the offering. First screenshot shows that I selected the offering, but it is not burnt (second screenshot) and there are no bonus bloodpoints (third/fourth screenshot).

The loadout of any character (can also be multiple characters) is either not shown or wrong in the tally screen. In fourth screenshot it simply does not show any of my perks, but I had them in game (different from the cake bug). Can also be another survivor or the killer that does not show perks (they confirmed in chat, that they were running perks). Also, maybe another instance of this bug, it happened that I played against Myers but the killer power showed Legion power. That can happen with any killer, and can possibly show any wrong killer power in the tally screen 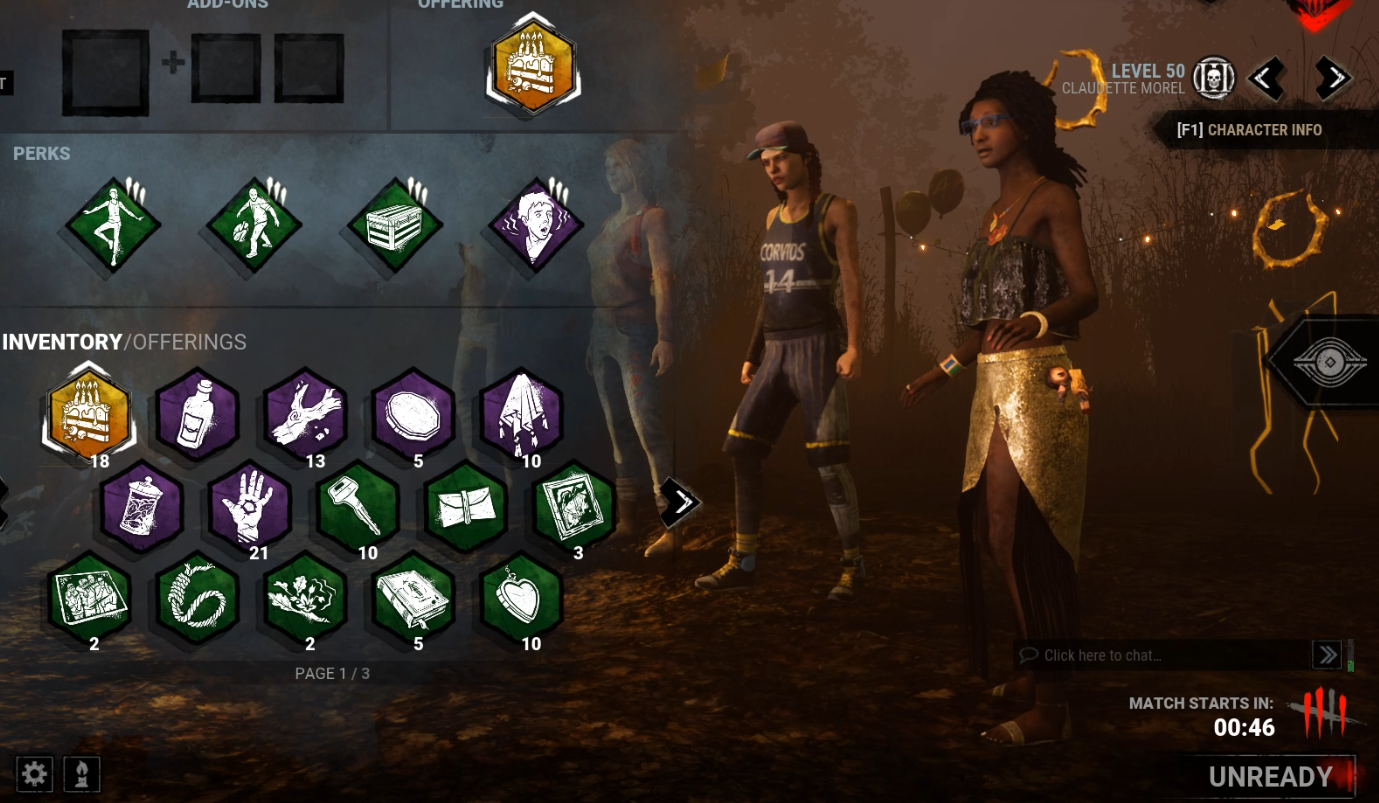 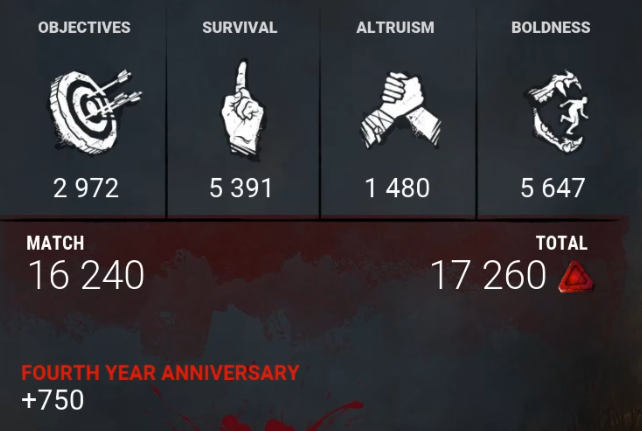 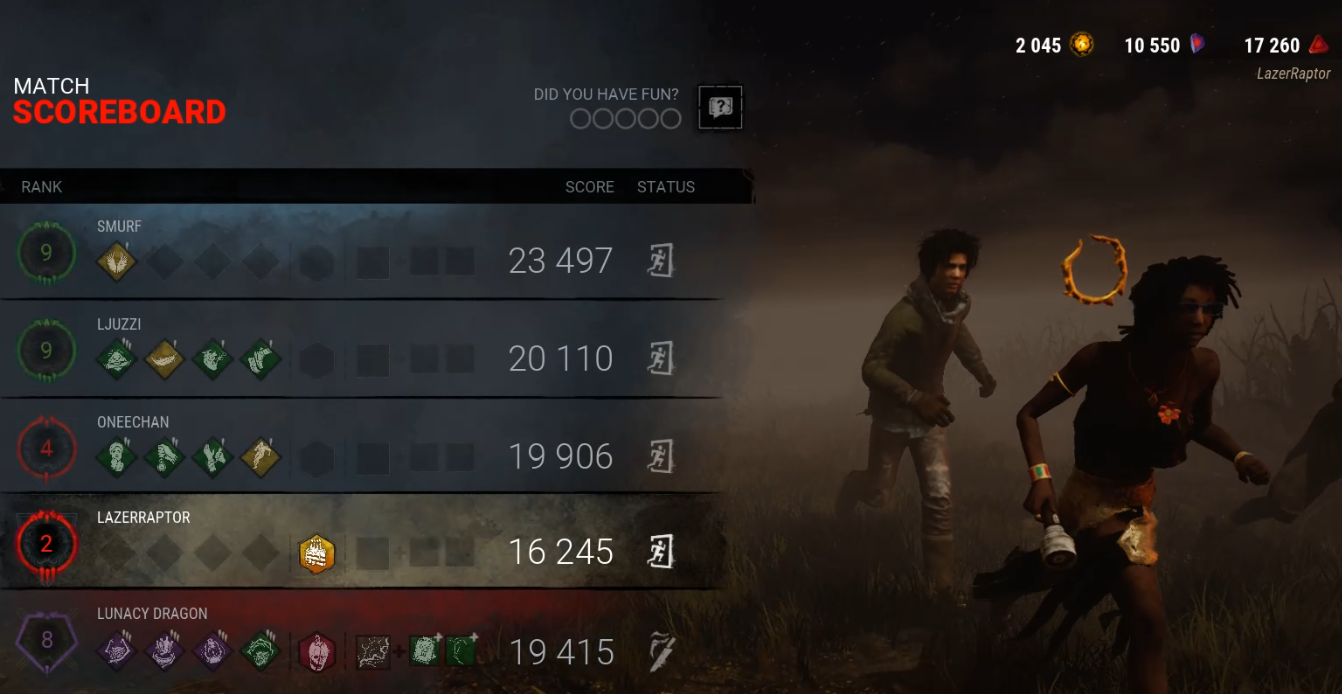