This is gonna be a bit of a long post. So bare with it. MMR isn't gonna work, and here's why rank means skill. Here's why. 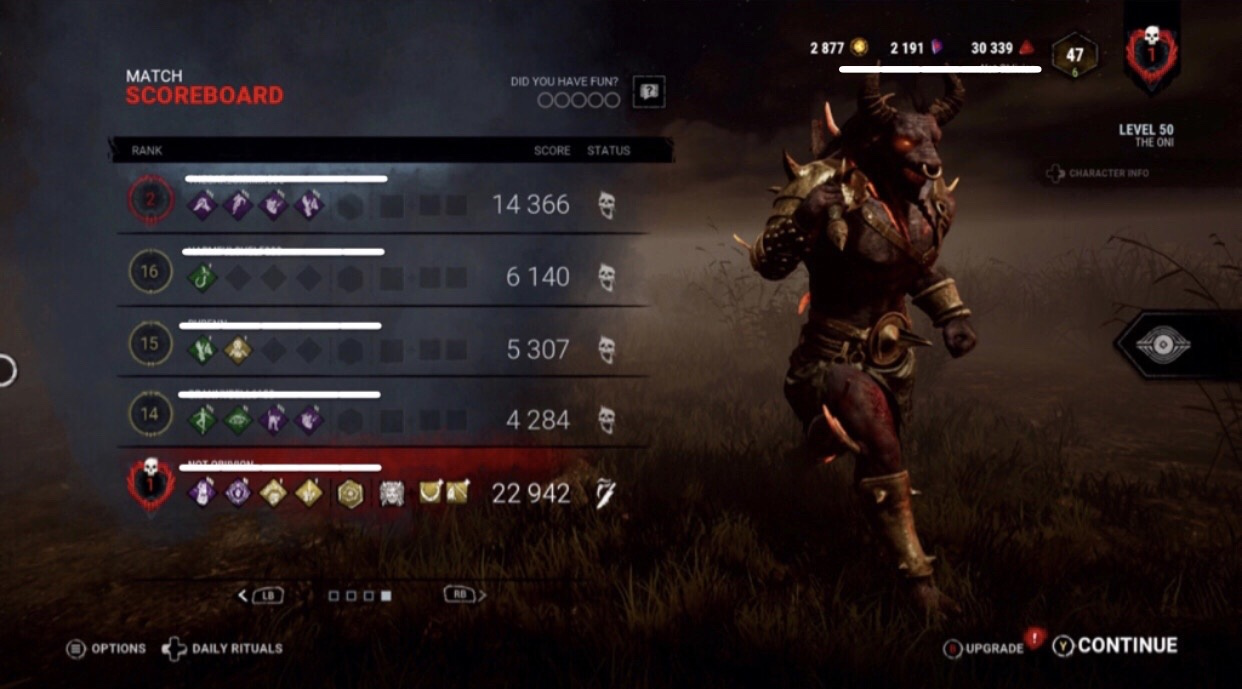 1st game: As Oni, I was paired with a skilled high tier red rank survivor, and 3 lower tier yellow rank survivors. This red rank survivor is gonna get a lower MMR score because these yellow ranks couldn't keep up with me the way the red rank could. This MMR is going to lower his score, not because he was a bad survivor, not because he didn't loop well. It's because the yellow ranks instantly dropped pallets without attempting to loop which in GREATLY affects this red rank survivor because he had nothing to work with. He still looped me well, but they were also too scared to do gens. How is that fair that the red rank is punished for getting paired with these survivor that clearly aren't at the same skill cap, yet he's still punished. 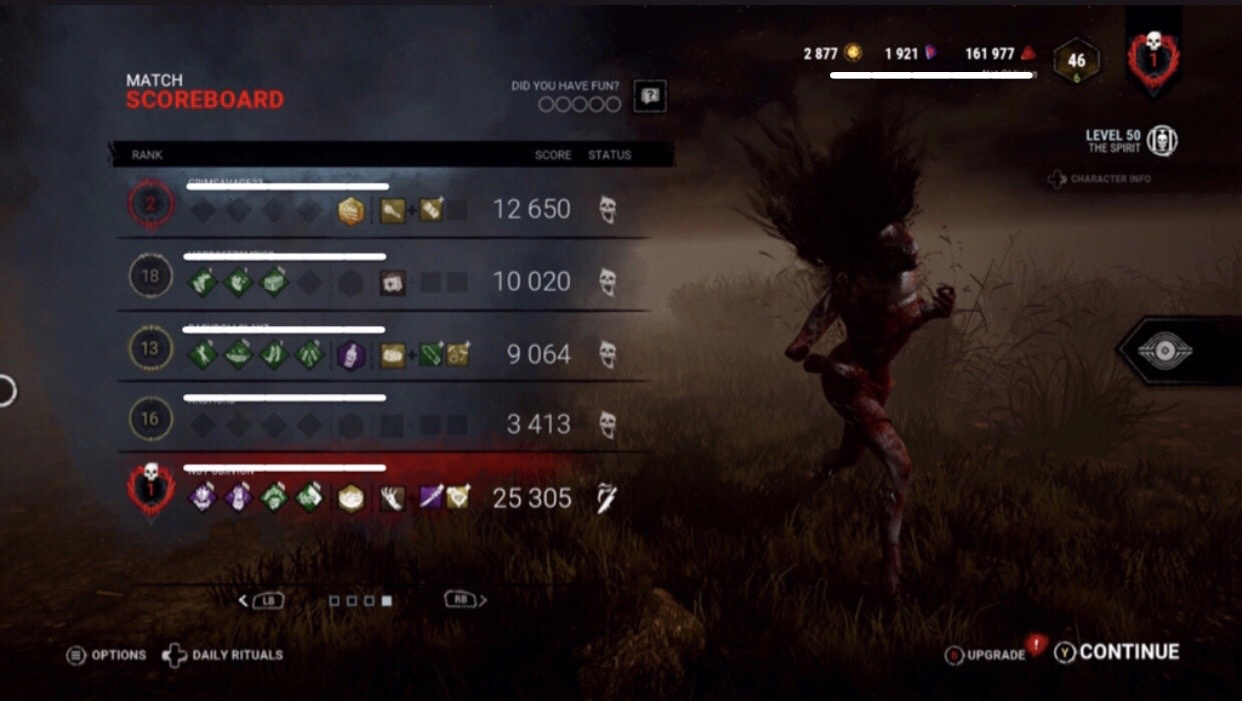 2nd game: Another red rank survivor who is punished for getting paired with yellow survivors that weren't at the same skill cap as the red rank. One of the yellow ranks dropped shack pallet, kept missing up skill checks, but it was their mistakes and the red rank was punished. Guess he considered bad with the MMR, even though the yellow ranks were at fault. 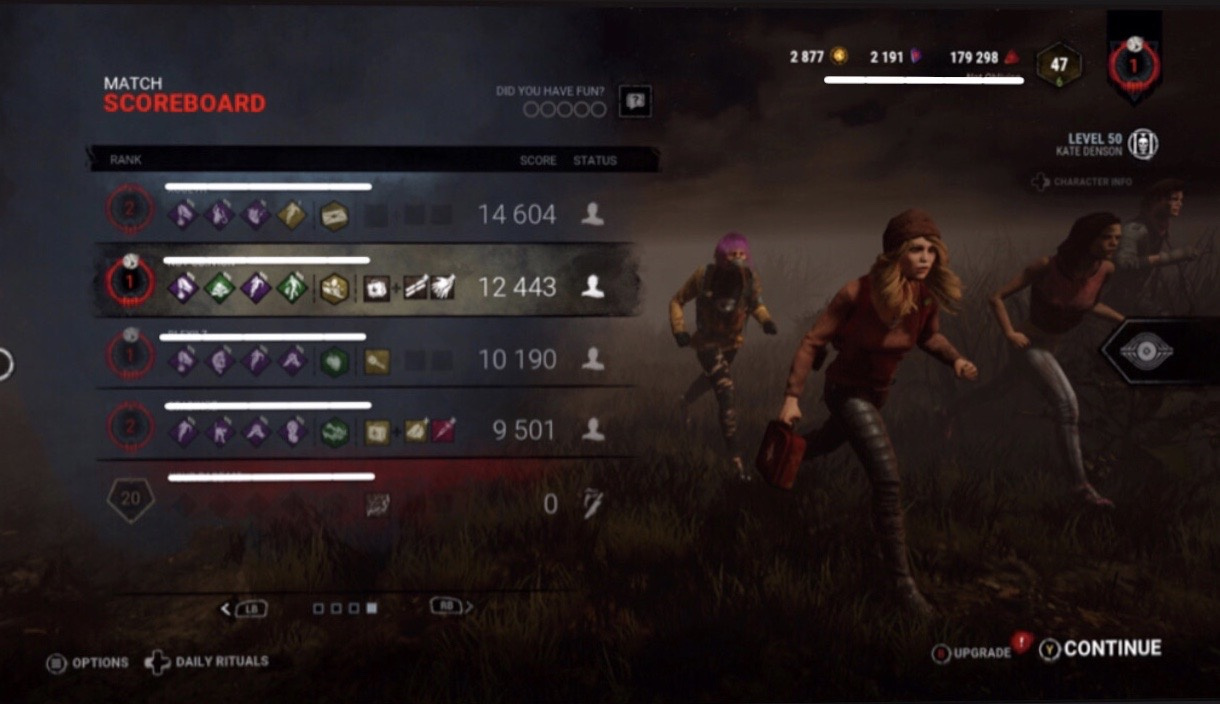 3rd game: Wow, look at all these rank survivors who got paired. MMR must be worki- Look at the rank 20 doctor with no perks. How good was he to get paired with these red rank survivors for his second or third game ever to get gen rushed and not land a single hit on anyone. I don't blame him for DCing. 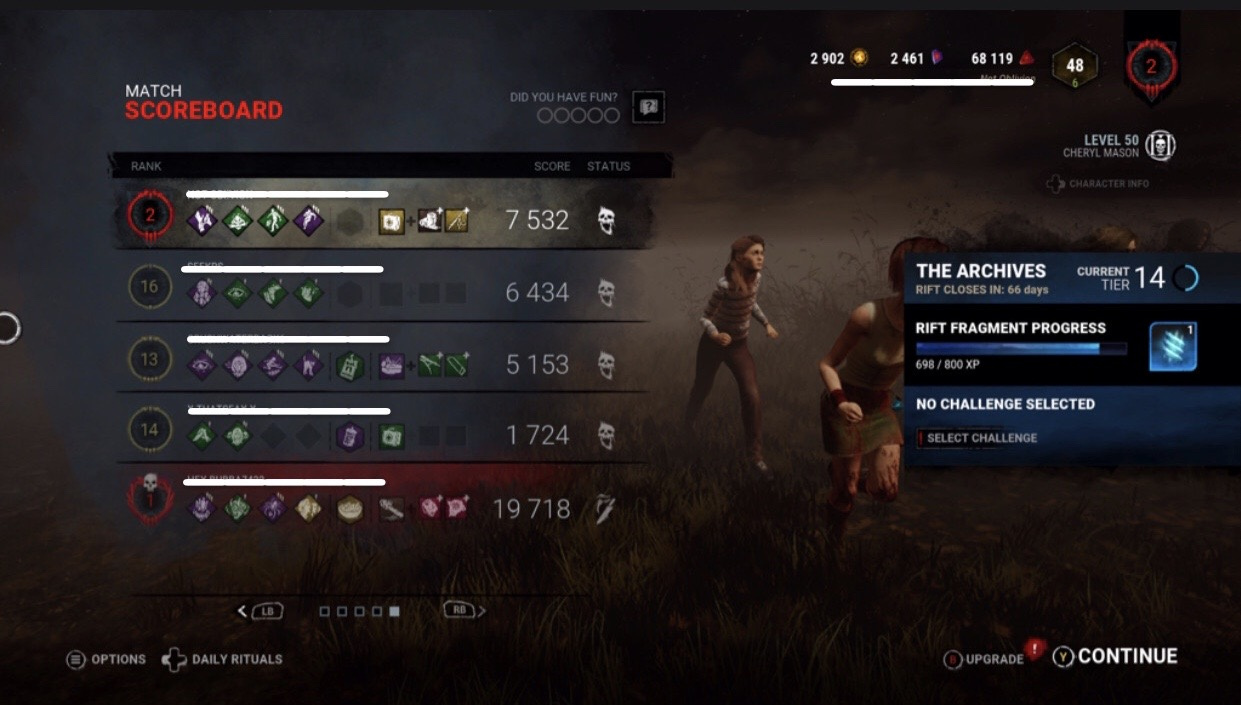 4th game: I got paired with a leather face that was slugging at 5 gens. These survivors that for whatever reason i got a lobby with didn't know to combat against slugging, and didn't last long in chases. I was able to to loop him and keep him on me so they can get each other back up only to get downed again, yet I am punished and get a low MMR score..... How is that fair? 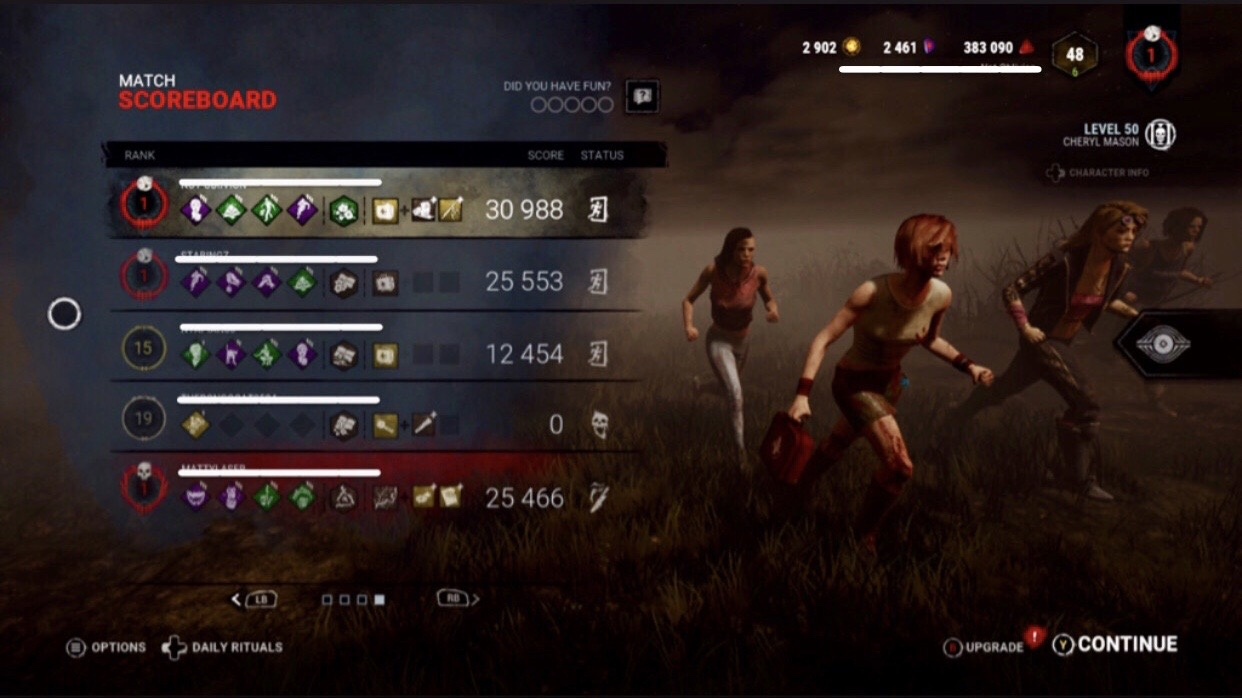 Last and most annoyingly 30 minute game: The rank 19 DC'd on second hook at 5 gens because they were tunneled off hook. While the rank 15 couldn't A: Hit skill checks and B: Could't get out of madness 3 the rest of the game and was in the corner of the map screaming their head off. So it was 3man/5gens... actually it was a 2v1 because me and other red rank did gens and were getting chased and unhooking each other. We escaped, including the rank 15 who did absolutely nothing. Yet that rank yellow rank will get a high MMR score. So apparently doing nothing and still escaping equals skill but rank doesn't....