Today we’re activating the Hit Validation Beta on the live version of the game. This feature aims to greatly reduce anomalous hits during gameplay. This article goes into detail on how the feature works and how it will positively impact on the game.

Our goal with Dead by Daylight is to provide an online game that is as clean and fun as possible. The Hit Validation Beta has the same goal; improving the Dead by Daylight experience by reducing the occurrences of bad interactions between players.

Like any online game using Dedicated Servers, there is a discrepancy between what each player sees. The position and interactions of the player’s own character will always be a little ahead in time compared to the other players and the server. Things like ping to the server, server tick rate and interaction authority all have an impact on where other players appear to be and your interactions with them as a result (such as hits). 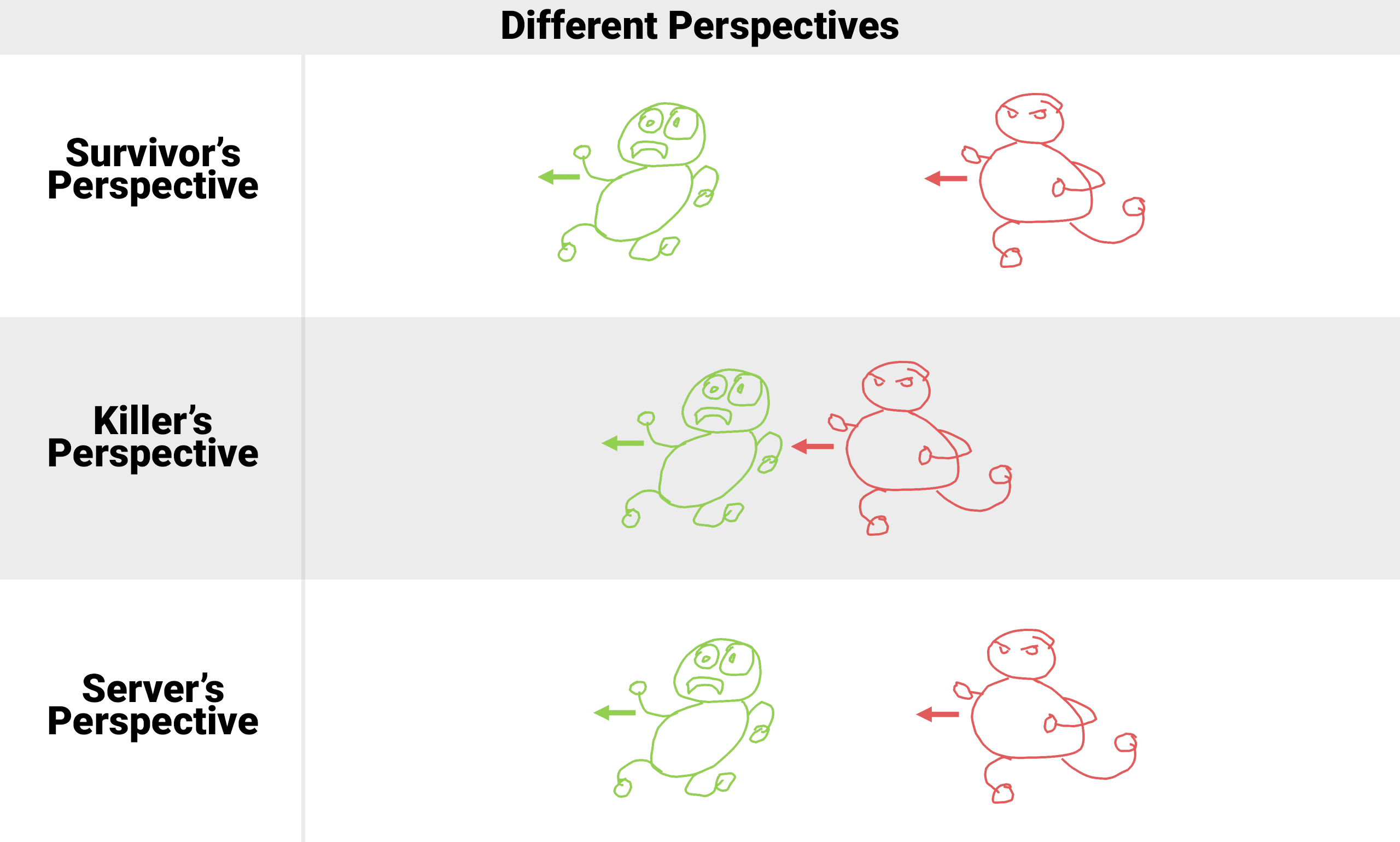 In Dead by Daylight, hits are calculated using the Killer’s position on their machine. This is a strategy that is used a lot in video games, often called the “favour the shooter” system, coming from first person shooter (FPS) games. This strategy ensures that the shooter (or Killer, in our case) is guaranteed to hit someone without predicting moves or latency from the Survivor.

We use this strategy because it is consistent and provides immediate feedback. A Killer knows that if they are close enough, their hit will connect. They will not have to worry about their attack missing because their opponent has a weak connection.

This does, however, have the unfortunate downside of favouring the Killer even when the Killer has an exceptionally weak connection. 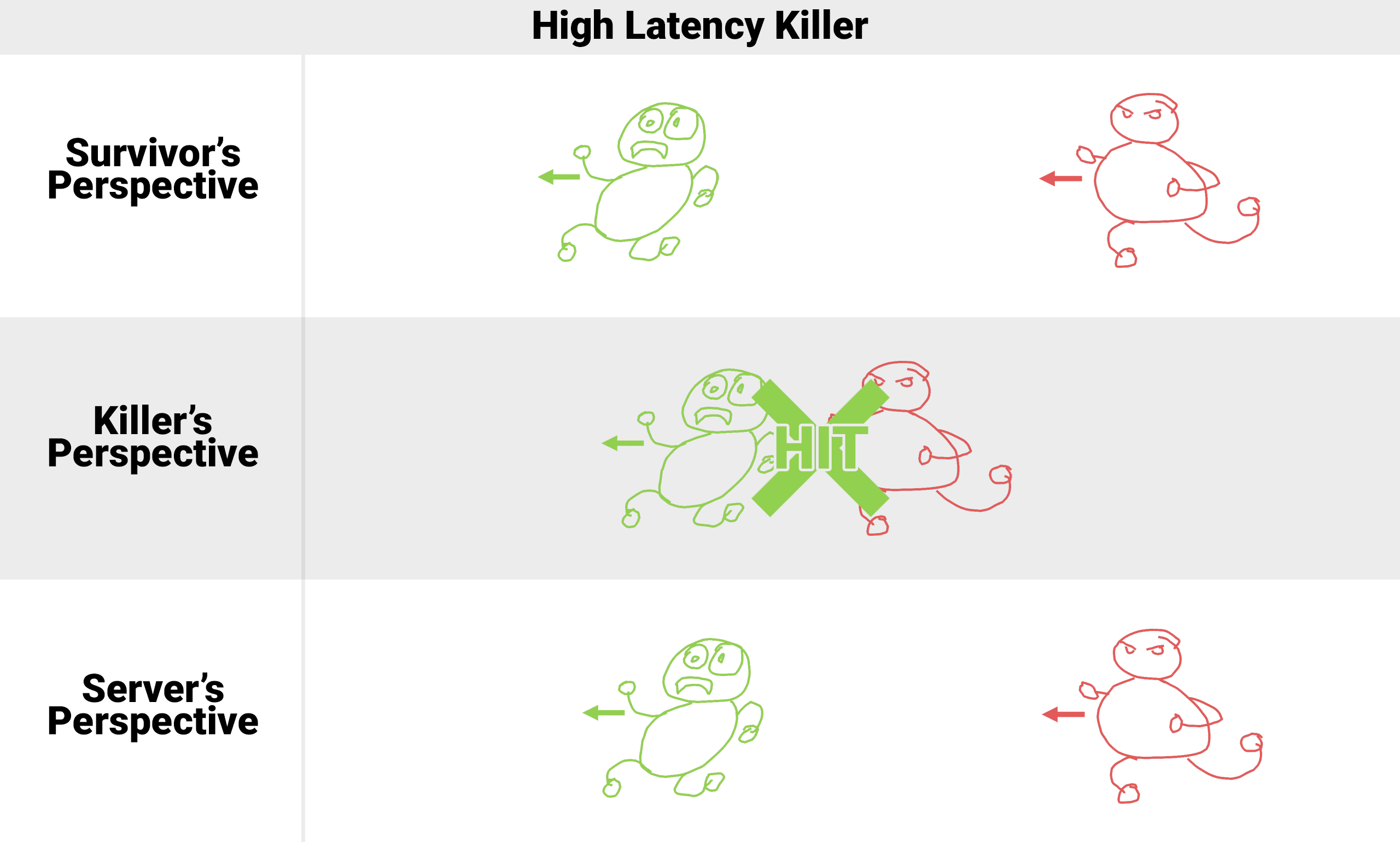 This is what the Hit Validation Beta intends to fix: In situations where the Killer has a poor connection to the server, the server will step in and evaluate their hits to make sure that they are fair. If it is determined that the hit only landed due to the Killers weak connection (I.e. The Killer and the Survivor were too far away for the hit to land), the hit is rejected, and the Survivor does not take any damage. In simple terms, the player with a poor connection is at a disadvantage, no matter which side they are playing. 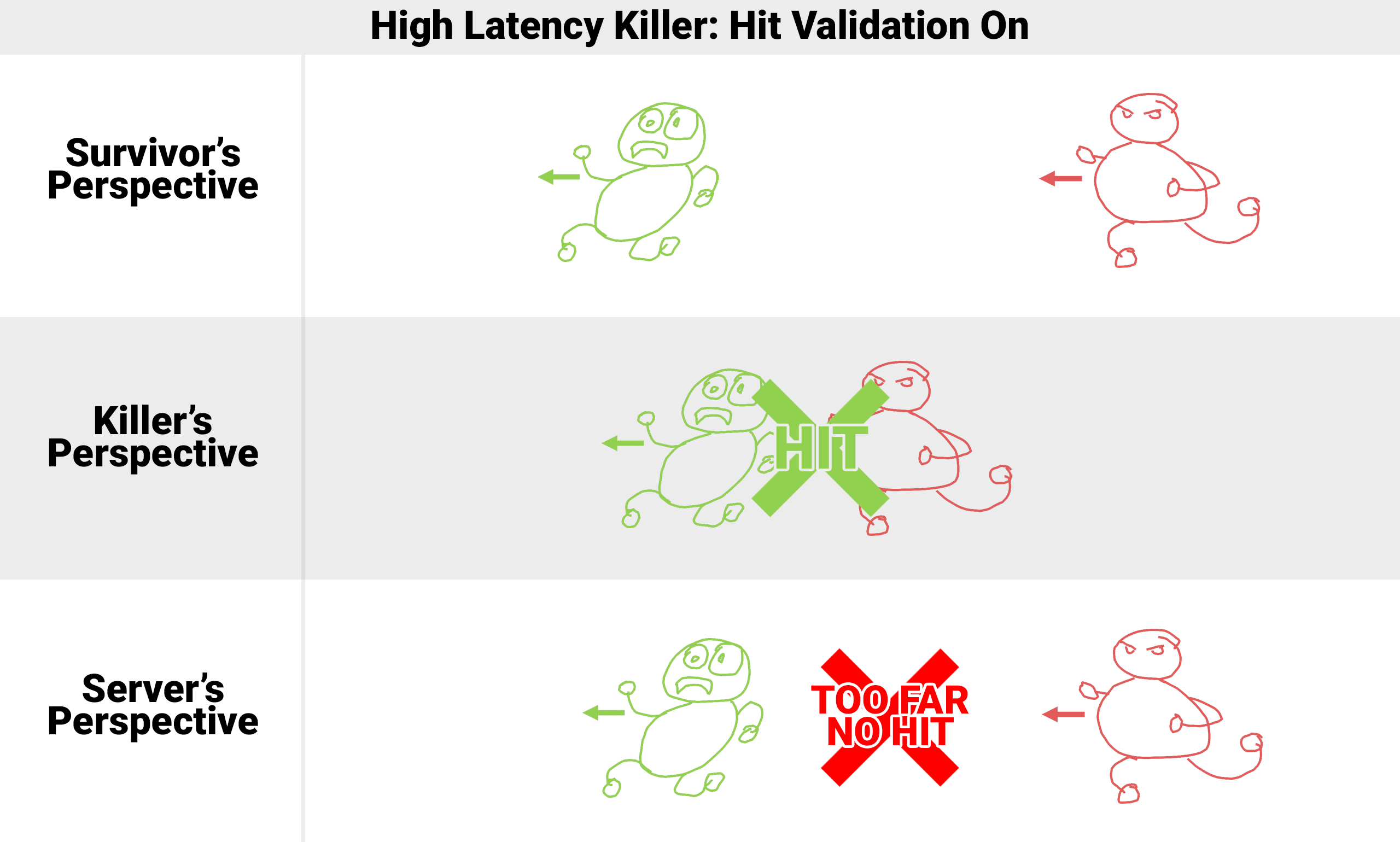 Under normal circumstances where the Killer has a solid connection to the server, hits are still handled on the Killer’s end as they were before and you should not notice any difference. We are going to be closely monitoring the Hit Validation Beta to ensure that it is working smoothly, and we encourage you to leave any feedback you have in our forums at https://forum.deadbydaylight.com/en or answer this survey https://www.surveymonkey.com/r/HMQBKMJ