I've randomly stumbled on this when playing survivor lately and it's the best bug (I presume it's a bug) I've ever encountered in 4 years of playing DBD. I know posting this endangeres it's existence as I'm raising awerness of it to the devs and even when it's a big upgrade to gameplay they might still fix it anyway. Still I want to share my findings since I've never heard anyone mention this bug anywhere.

What this essentially does is that it makes holding M1 on interactions (such as gens, healing etc) passive without the need of you pressing your M1 buttom.

Anyone who is tired (or even has some health issues with their hands) of holding their M1 on mouse will surely love this.

So this is how you activate it: 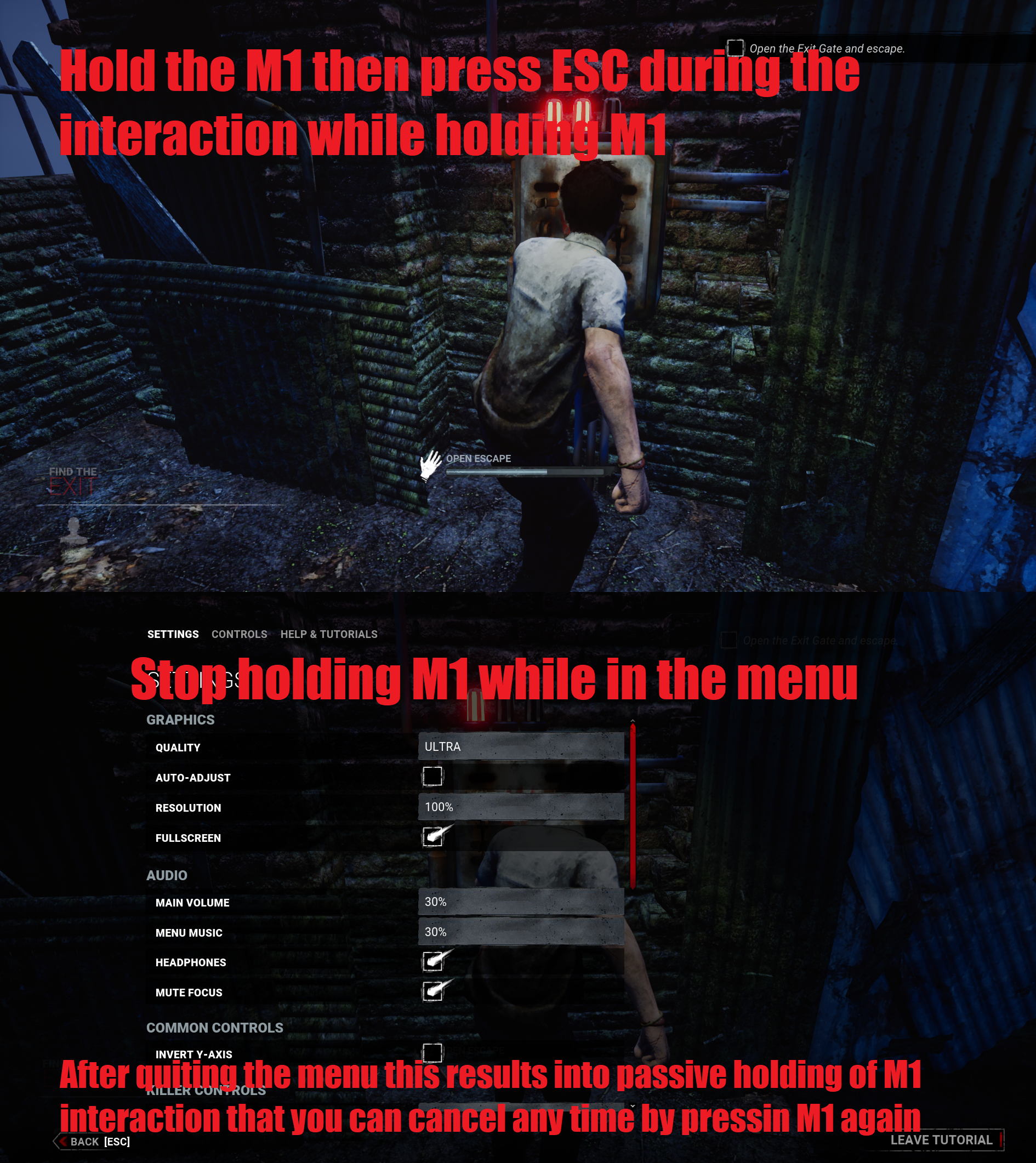 As explained once you stop holding M1 in the menu any interaction that you're doing will be held passively.

This can be canceled any time by pressing M1 again and it's also fully interactive with skillchecks so it has not flaws that I know of yet.

You can't even imagine how happy I was when I found this since I personally hate the constant need to hold M1 during any interaction and imao this is how interactions should work in the first place - first tap starts the interaction, second stops it.

Please mods don't remove this thread or move it elsewhere since it's a major update to survivor QoL and as many players as possible should learn about this bug that upgrades QoL of survivor gameplay.