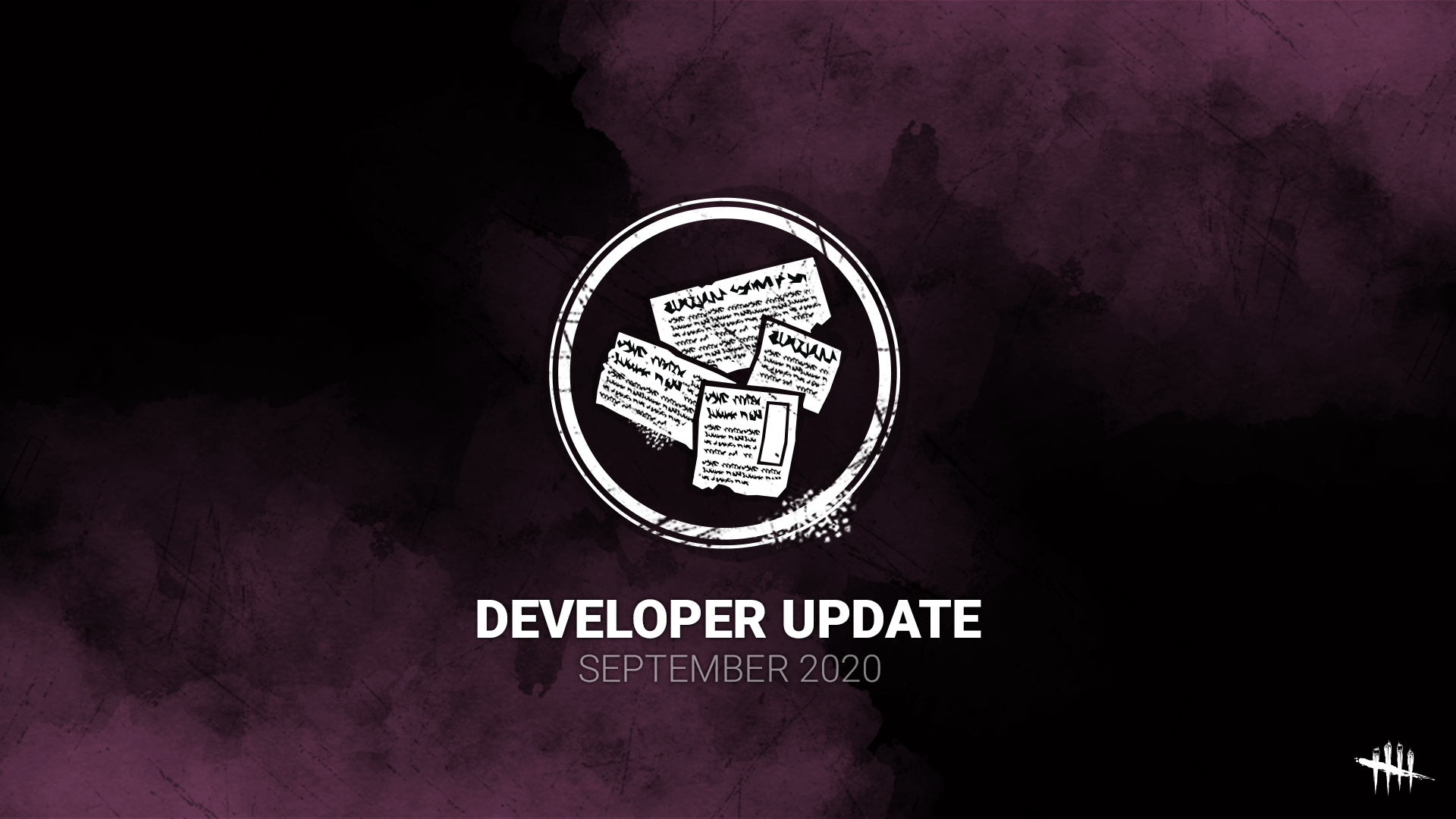 Welcome to the September Developer Update, a series of blogposts where we discuss upcoming changes and features making their way to Dead by Daylight.

With the upcoming Mid-Chapter, we are kicking off a new initiative to review the previously released Chapter (the Killer, their Perks, and the Survivor’s Perks) and make any changes that are needed. The first to receive this treatment is the Silent Hill Chapter.

We feel that it is important to see how new content plays out in a real scenario before committing to balance changes. Something that seems overpowered upon release can end up being a non-issue once people have had a chance to play against it and develop counterplay. Likewise, something that might seem underpowered might find a niche once people have had the time to experiment with new builds and playstyles. Other times, the playstyles that crop up over time can turn out to be frustrating or unfun to play against.

With this in mind, we plan to review the previous Chapter once it has had a few months to simmer and address any issues or imbalances that may have appeared. This period gives us a chance to monitor how the new content is used and get a better understanding of how it is used (and how it can be abused) before tweaking things.

From watching Pyramid Head matches over the past few months, we have noticed that many people will opt to only use his Punishment of the Damned attack at pallets and windows, where the Survivor is locked into the interaction and unable to attempt to dodge the attack. To address this and make gameplay more dynamic, we are making two changes.

1.      Increasing the delay after cancelling Rites of Judgement before Pyramid can attack.

The reason for this change is to add a downside to cancelling your power at each pallet or window. Currently the Survivor is left with two choices: Vault the window/drop the pallet and get hit with Punishment of the Damned, or continue running and get hit with a basic attack. By increasing the delay before you can do a basic attack after cancelling Rites of Judgement, the Survivor gets a small window to avoid an attack (similar to the Huntress or Demogorgon).

2.      Decreasing the delay after attacking with Punishment of the Damned.

Missing an attack with Punishment of the Damned can feel very punishing (oh, the irony). The cooldown after attacking is fairly long which gives the Survivor a lot of time to gain distance. By lowering the cooldown, you’ll be able to use your power more liberally without having it backfire as hard if you miss.

The goal of these changes is to move Pyramid Head’s gameplay in a more skill based direction which rewards aiming your attacks well rather than canceling your power or using it only in situations where you’re guaranteed a hit. We are not aiming to make The Executioner stronger or weaker overall, but rather to address some of the frustrations of both sides.

We are happy to see that some of the perks from Chapter 16 have found their way into people’s regular line-up and niche builds, however there are three perks that we would like to revisit. These perks are:

We erred on the side of caution when releasing this perk; if the Killer is Undetectable too often, it can easily become overwhelming and start to overshadow actual stealth based Killers. After watching it play out, we are comfortable with giving Trail of Torment a buff.

The Undetectable status effect will now remain active until the marked generator stops regressing or until a Survivor is put into the dying state by any means.

This creates an interesting dynamic where the Survivors need to stop the generator from regressing to remove the Undetectable status effect. The Killer can use this to ambush Survivors, or use it to sneak up on a Survivor from an unexpected angle.

Blood Pact’s Haste effect is nice to have but did not last long enough to see much use. We are scrapping the duration for the Haste effect and instead making it last indefinitely until the two Survivors are no longer within 16m of one another.

On the subject of perks, we have also prepared a package of perk updates for this Mid-Chapter. Like the perks mentioned above, we’ll go through and give a short explanation of each one.

This is another perk that we erred on the side of caution when releasing. Resetting pallets can be a game changer and we wanted to make sure that it would not get out of hand. Upon review, we are comfortable with decreasing the cooldown to 60 seconds.

There were concerns with Cruel Limits being overbearing when the perk first launched, but it turned out to be a non-issue. We are increasing the range from to 32m (from 24m).

The Exhausted effect from Mindbreaker often ended up being too short to make much use out of. We are increasing the duration by a few seconds across the board.

Slippery Meat has found its way into some niche builds, but it is one of the few perks from back in the day that affects one Killer more than others (increasing your odds of escaping from Bear Traps). This is something we’ve moved away from recently, so we will be removing the increased Bear Trap escape chance from this perk.

To better play into the niche playstyle, Slippery Meat will now increase your chance to self-unhook in addition to giving your more self-unhook attempts.

Thanataphobia is meant to encourage the Survivors to heal in order to avoid the penalty from the perk. However, it currently reduces healing speed as well, creating a lose-lose situation no matter what the Survivors do. This prevents us from making the perk stronger as it would quickly get overbearing.

To address this, we are removing the reduced healing speed from the perk, but increasing the action speed penalty to compensate.

We’re Gonna Live Forever is often seen as the Survivor equivalent to BBQ & Chilli, but lacking a secondary like the latter’s aura revealing. It can also cause Survivors to compete for unhooks, leading to people rushing in for hook saves before it’s safe.

By adding additional ways to get tokens, we hope to reduce the competition between Survivors. The secondary effect gives the perk more use within the trial.

Technician is designed as a perk to help newer players and those who struggle with skill checks. There is, however, a random aspect to it as to whether or not the generator explosion will be prevented. To make it more consistent and play more into the learning tool aspect, we are changing the perk to always prevent the explosion, but adding a small penalty to progress for missed skill checks.

Originally Pop Goes The Weasel had a 30 second cooldown, which felt too short to get much use out of. We later increased this to 60 seconds. This felt much better to use, but it wound up being a little too lenient and allowed Killers to find and kick a generator at their leisure, often after chasing and downing a different Survivor.

To add some urgency back into the perk, we are splitting the difference and changing the time to 45 seconds at tier 3. This way you’ll have enough time to get to the generator you want to kick, but you’ll want to kick the generator before committing to a chase with another Survivor.

Keeping with the theme of perks, a small change, but a noteworthy one nonetheless: All perks will now share the same rarities based on their tiers.

Currently, tier 3 perks can either be rare or very rare. This can make it difficult to find the perk you’re looking for since the perk list is sorted not just alphabetically, but also divided across two different rarities.

Going forward, perk rarity will match the tier of the perk:

Last but not least, we recently showed off some concept art for the next realm to receive a graphics update. Here they are once more in case you missed them: 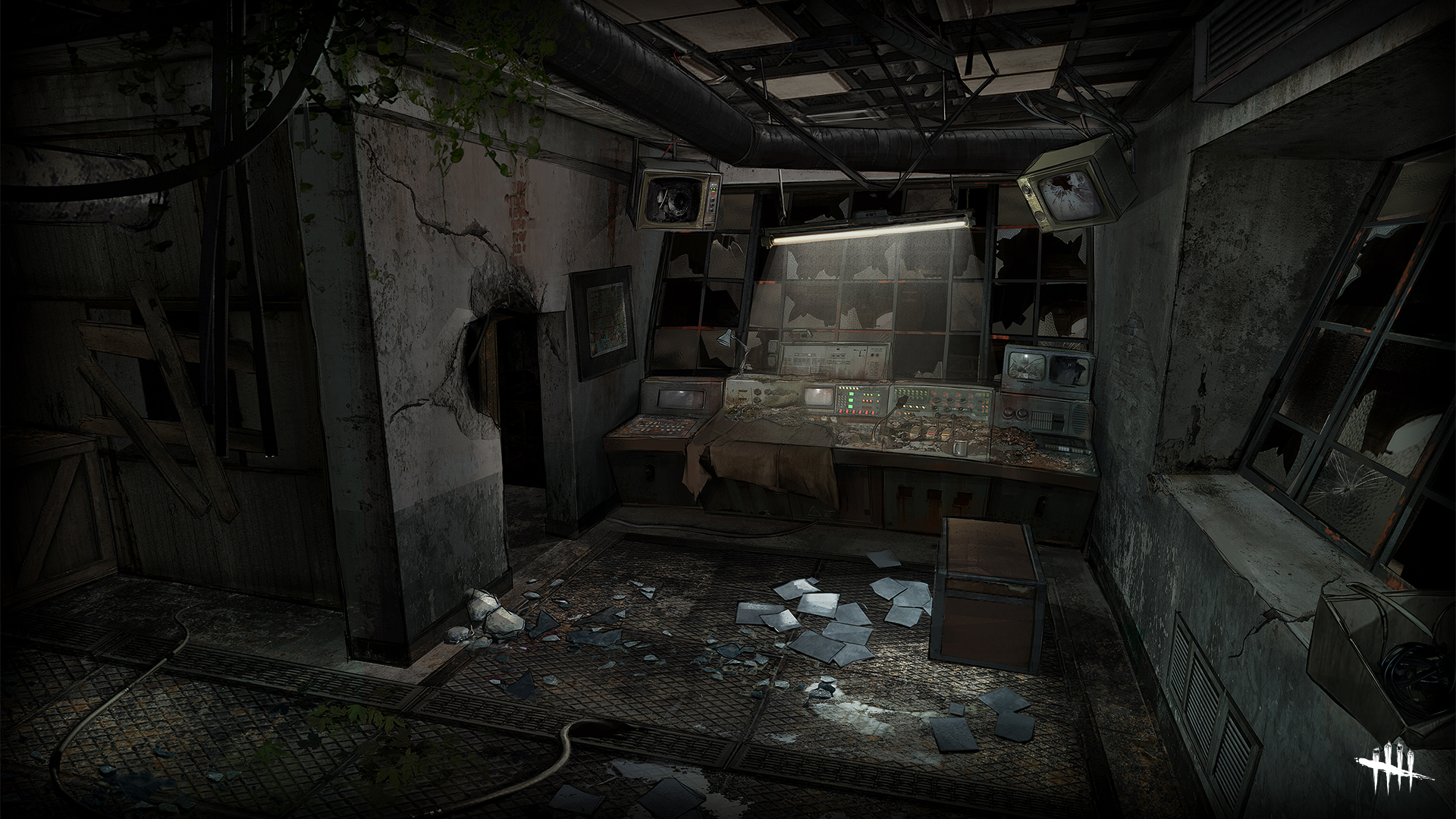 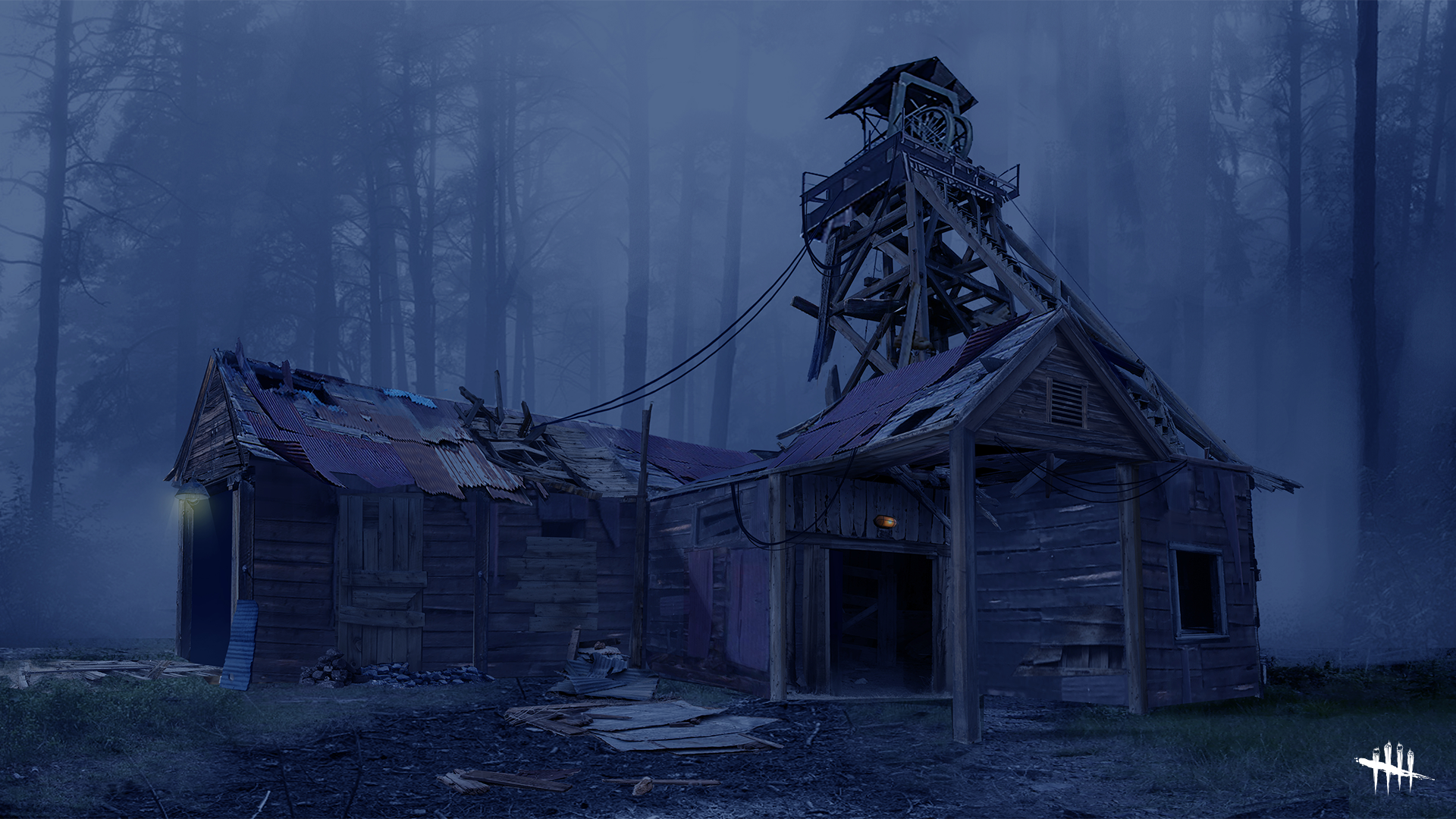 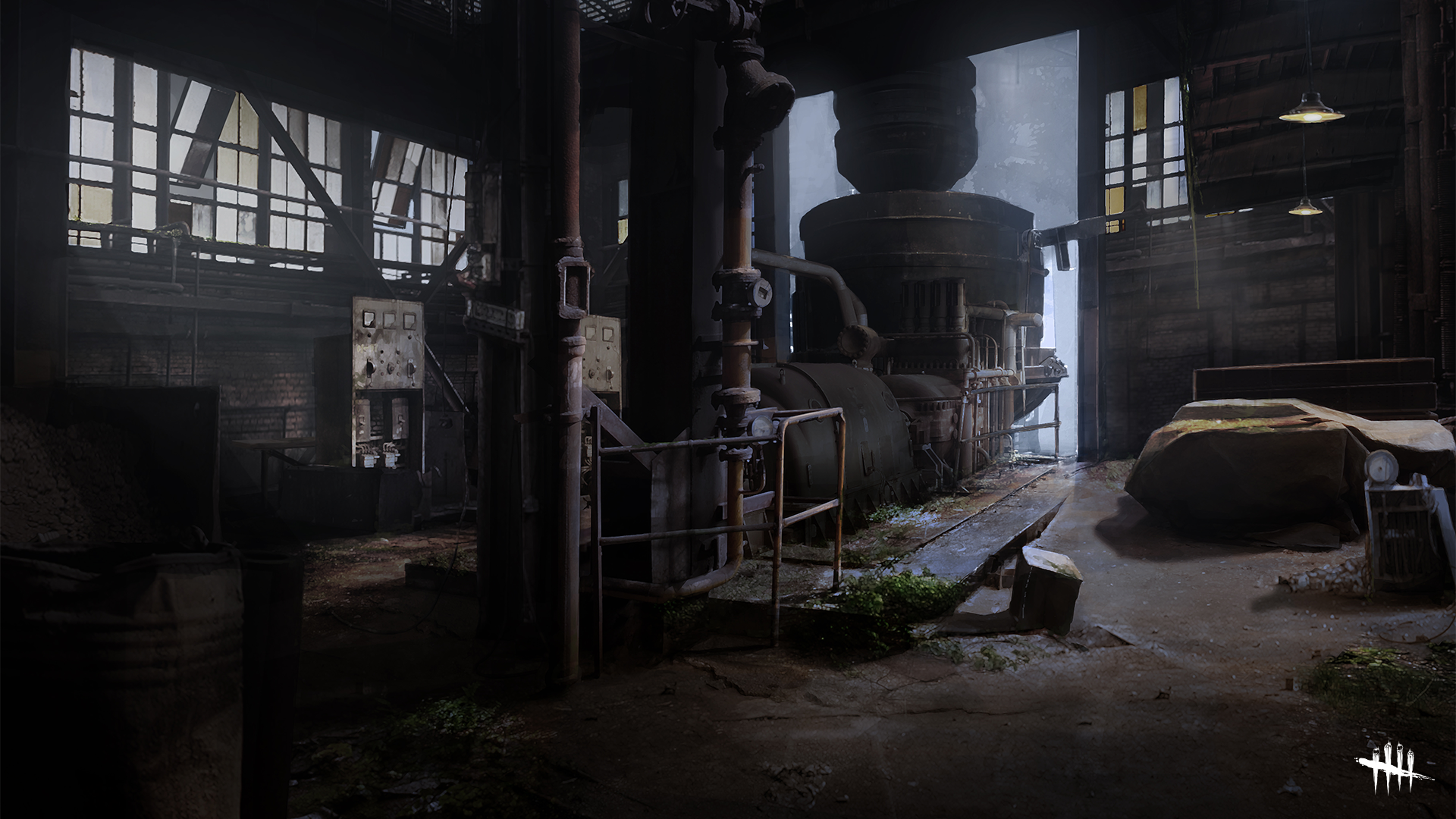 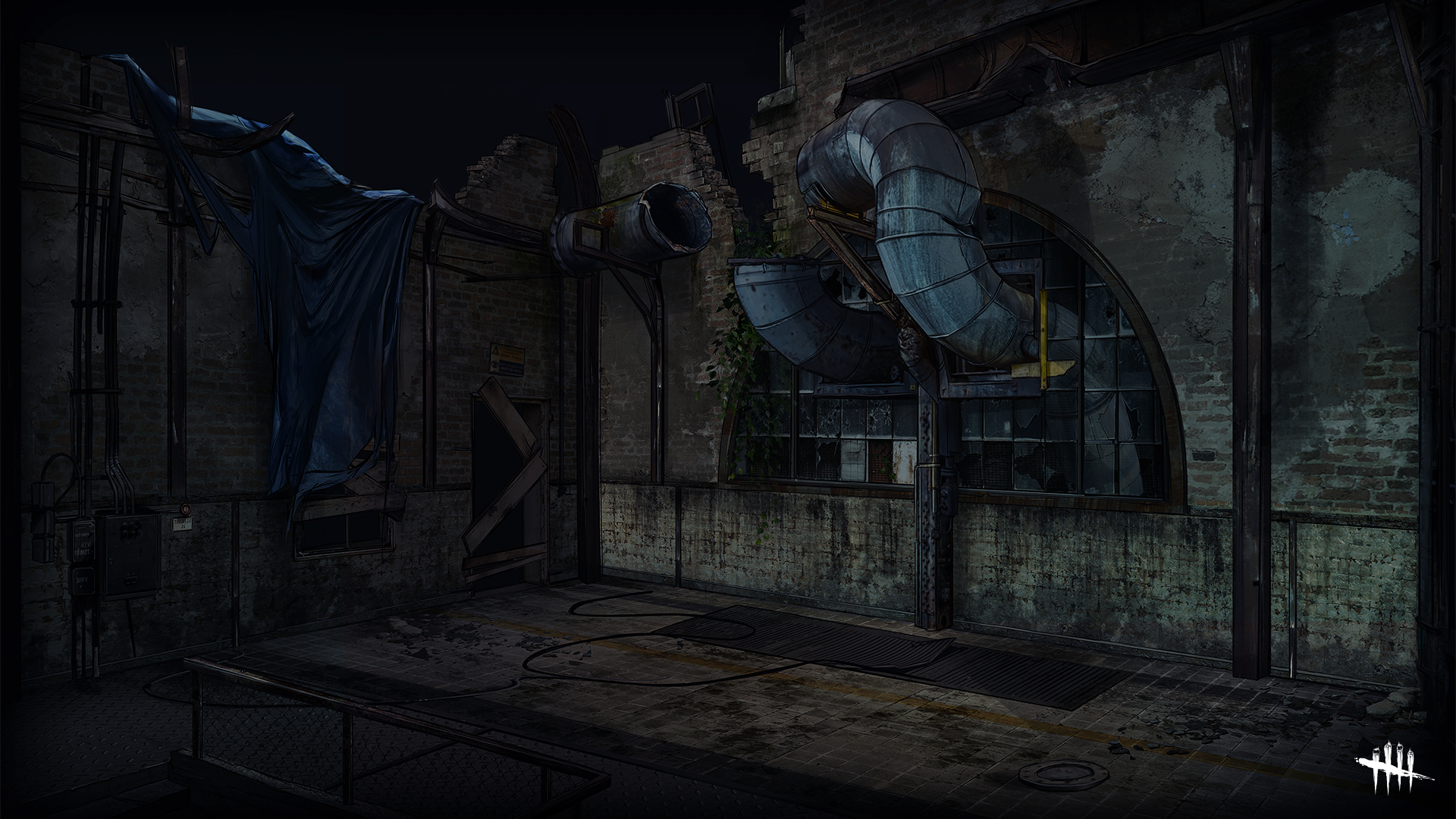 This concludes the September edition of the Developer Update. All of the changes mentioned above will be available for testing in the Player Test Build on Steam starting Tuesday, September 29th. We look forward to seeing what you think once you’ve had a chance to try everything out!