...absolutely stupid, biased challenges and reward systems like this: 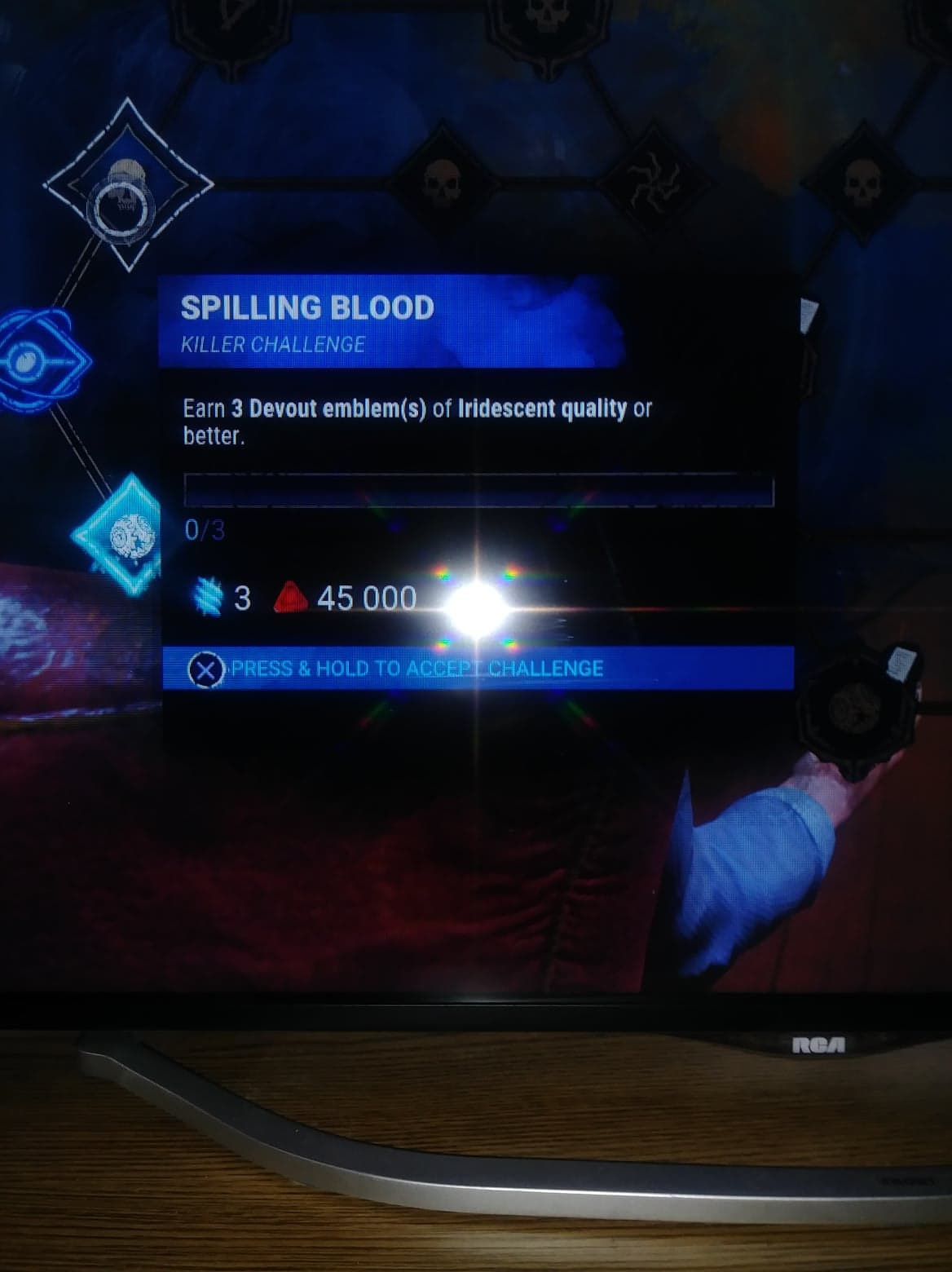 Because the Survivor-mains and the Devs want a one-sided experience where Survivors can come in and troll the killers and not have to be 'afraid' to be caught or anything; but killers need to not do their objective at all because it hurts the delicate feelings of Survivor players if they lose.

Utter. Complete. Bullshit game design. Might as well remove the killer's objective and just turn the game into "how long does it take Survivors to escape", since that is clearly what kind of game the Devs are wanting to turn DBD into - because Survivors can't handle killers securing their kills even if it means losing gen progress or disallowing other Survivors to "farm" by getting unhook BP.

This game went downhill and has stayed in a trench the moment the emblem system became one that punished one side for effectively doing their objective; for the sake and enjoyment of the other side's ######### around.

Trigger all the players vehemently defending these mechanics because they don't want to "stress" or have to "try" in their matches. They want to farm blooddpoints, have a no-worries game time and time and time again, and who cares about killers feeling powerful and like actual 'scary' killers as long as your Kingderguardian brigade of Survivors has a good time, right.

Dead by Daylight will never change and will always be just a shallow husk of the idea of an actual asymmetrical horror game, balanced as if it were a goddamned Mario party game.