Match Cancelled: A player disconnected from the match while loading (Error code: 500) during the middle of a game that was being played.

All players, including myself (as survivor) had loaded into the match other than one survivor, who had the DC symbol above their name in the UI at the bottom-left from the moment the match started. All gens had spawned as they normally would, and the match played on for around 2-3 minutes as normal with 3 survivors and 1 killer.

After these 2-3 minutes, the game suddenly ended and we were all kicked to the post-match screen, despite the fact the match had been played out otherwise normally. I can confirm this, since all players were active in the chat at the end (other than the survivor that had presumably disconnected). None of us were rewarded bloodpoints etc.

I'm presuming this is a bug, since based on my understanding, the error should only occur immediately after the loading screen rather than during the middle of a match, but if I'm wrong, then ignore everything I've written xD.

(All other players were Steam players too)

Occurred on the current version of the game, never experienced the issue before. 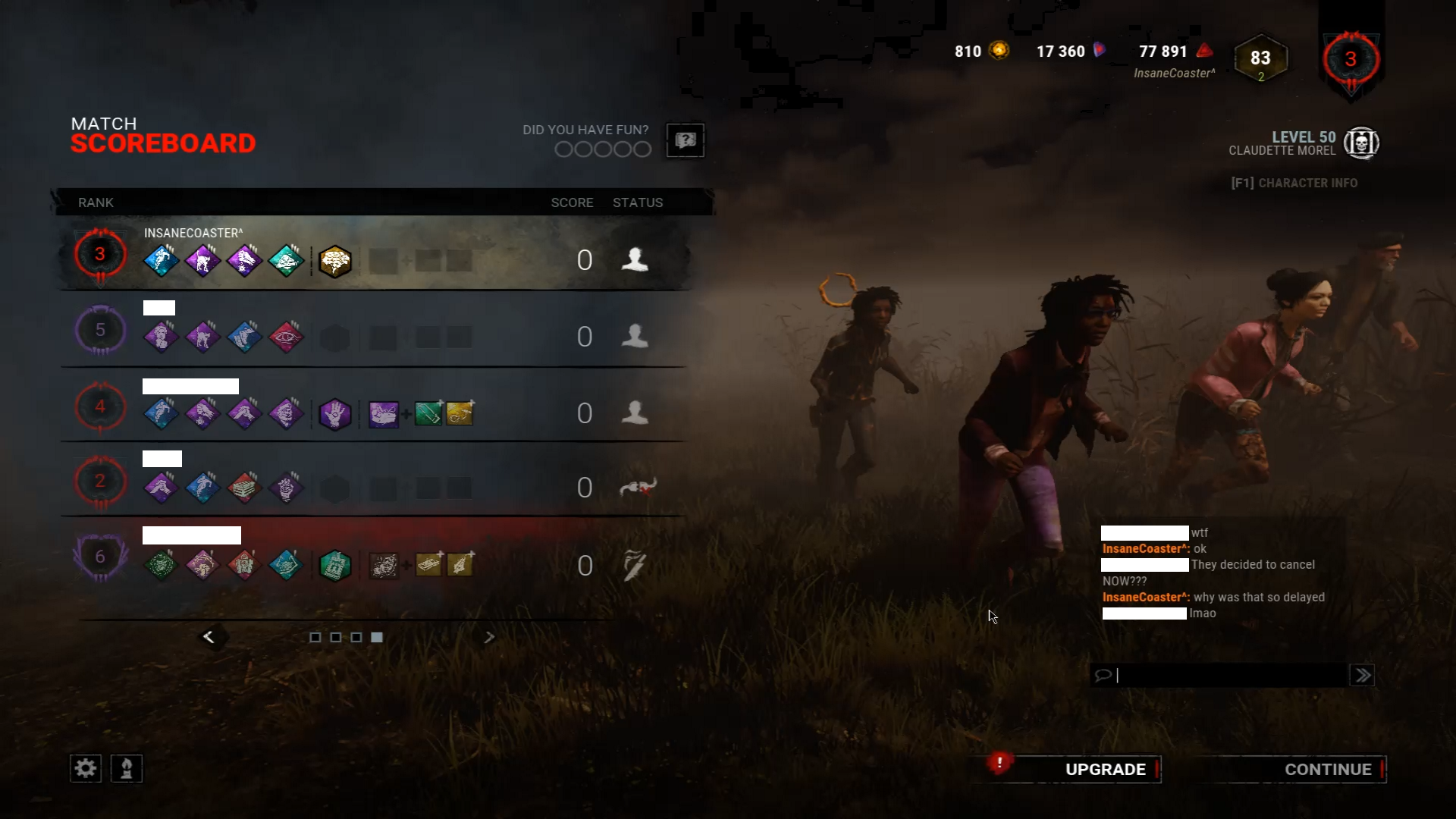 Post-match screen after we were kicked.