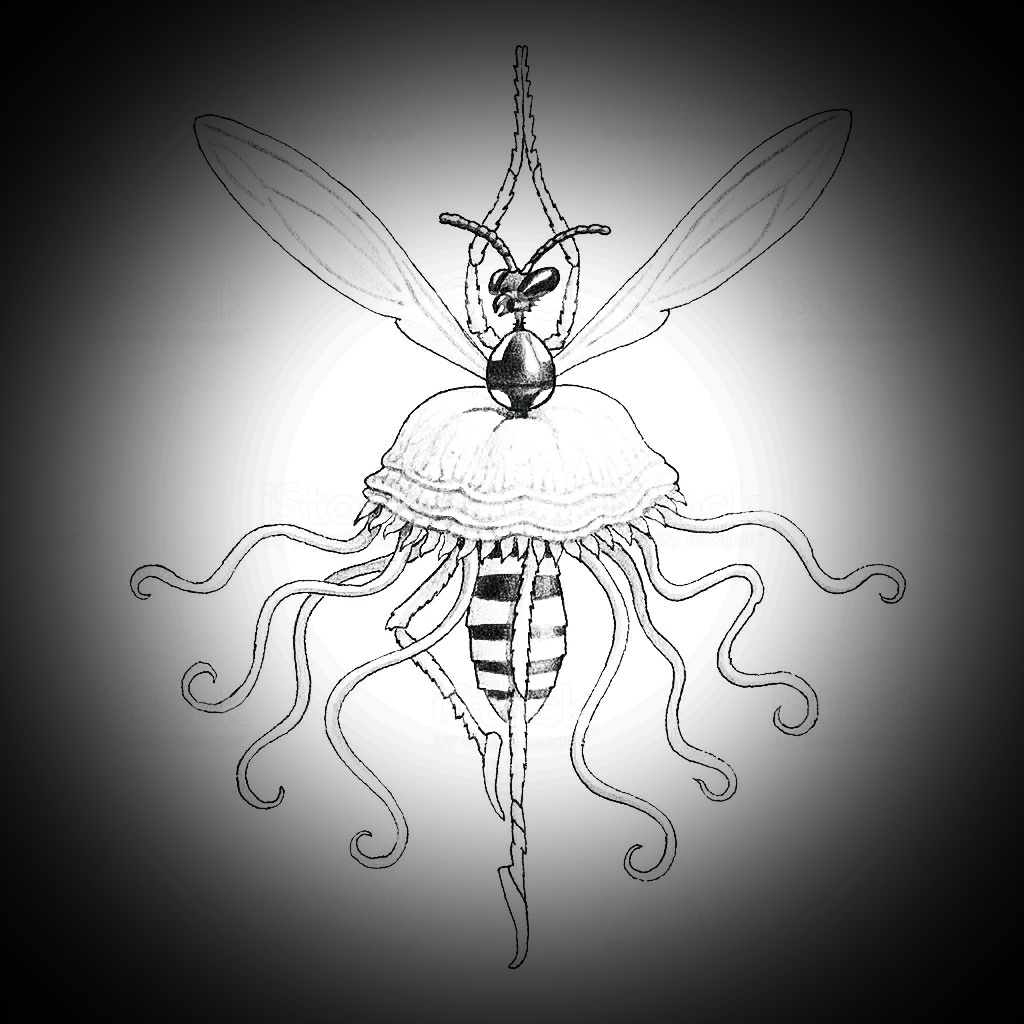 One day, Kurt Wayne came with a suitcase to an abandoned building, his friend Arthur stood at the entrance who asked to give him a suitcase and follow him. Entering the building, he saw several armed people, including the leader, his people were putting jars with Medusa in boxes.

As soon as the Chief saw Kurt, he began a dialogue with him.

Chief- Do you know what this jellyfish is called?

Curt is the Sea Wasp, the most poisonous jellyfish on the planet.

Chief, do you know where he lives?

Curt - on the oceans of Australia and Indonesia

The main one is you smart guy Kurt, I see you brought a suitcase, Arthur be kind, pass it to me.

Kurt - was there a weapon in the suitcase ?! I didn't know that ?! Do you understand that the police could have grabbed me on the way ?!

The main thing is, but they didn't get it?

Kurt - you asked me to bring a suitcase from your friends, I brought it, now I understand my debt has been paid off? I can go?

Chief: you owe us money, Kurt, or rather took from Arthur, because I gave permission.

Kurt - but you said if I bring you a suitcase, my debt will be paid off.

The main thing is that your debt is almost paid off, I understand that you borrowed money from us because you had your own problems with finances, or to be more precise, you had no money at all, because you are unemployed.

Kurt - what do you want from me!

The main thing is, I understand you won't give us the money, but I have an idea for a better one, you have to carry 2 boxes with Medusa to one ship, I will write you the address, and temporarily give you a car.

Kurt - are you suggesting that I do smuggling?

The main thing is that you want to pay off the debt? Well, do it!

The bandits loaded 2 boxes with Medusa into the trunk of the car, and Kurt drove to the place where the ship was.

Arriving there he saw that the ship was guarded by several Smugglers, going up to two guards, he said:

Kurt- good afternoon, I was asked to hand over the boxes to your ship, can I get through?

Guards - we are in the know, the Boss is waiting.

When he reached the ship, he met the boss of the Smugglers.

Boss: oooh, here he is, the kid who brought my jellyfish, right now, I'll tell your boss by phone that I have the goods.

Boss - I have the goods

Chief - great, now hand over the phone to Kurt.

The main one is to come to our abandoned place, we will crumble your question with debts.

Arriving back to the abandoned dump, someone hit Kurt on the head, after which he woke up in a cage, the chief approached him with Arthur.

Kurt - what for? Did I deliver the cargo?

The main one, you understand this is the case ... I can't let you go.

The main one is because if we let you go, you will tell the police everything about us, and we don't want that

Kurt - okay he is, but you're Arthur, how could you? We have been friends since childhood.

Kurt - if I knew who you were dealing with, I wouldn't take a cent from you, you bastard.

After that, the boss came to the abandonment with his gang from the ship.

Boss - well, hello, you have not forgotten that you must give us money, because in addition to jellyfish you owe us a decent amount.

Chief - hold your suitcase and leave

Boss - why did you put Kurt behind bars?

The main one is not your business

Boss - uhhh, how scary, okay, the guys are leaving, otherwise I’ll pile in my pants out of fear.

Kurt saw the boss take the money from the boss and leave.

The main one is to sit in the cage for a while, then we will decide what to do with you, and you guard him, here is the key for you.

Then the guard's phone rang, and he began to talk, turning to his back to the cage.

Kurt pulled himself together, grabbed the guard through the bars, and began to choke him.

After strangling the guard, Kurt took the keys, opened the bars, and took the machine gun from him.

After that, two guards entered the abandoned building, seeing that the cage was empty and the body of another guard was lying nearby, they ran there.

But then Kurt jumped out from behind the wall and started firing at the guards from a machine gun.

On the street, a shot was heard by the ringleader with Arthur

When Arthur entered the abandoned dump, he saw Kurt standing with a machine gun, and next to him were the bodies of the guards.

Kurt - shut up! (Aims at Arthur with a machine gun)

Arthur - listen, what do you want? Leave? So go on, just don't kill me.

Arthur - on the street

After the dialogue, Kurt shot Arthur, after the murder, Kurt ran out of cartridges, and before going outside, he took several jars of jellyfish and left the abandoned dump.

On the street he saw the chief standing and smoking a cigarette when Kurt approached him. Kurt threw a jar of jellyfish at the main one, the jar broke on his head, and the poisonous tentacles of the jellyfish burned the leader's face, he fell.

The main one is a young bastard, you think you just get away with it?

Kurt - I saw you give the bag of money to the boss, the smugglers, are they still on the Ship?

The main one is, what do you want to steal from them money?

The main one is that they won't let you into a cannon shot!

Kurt, I want to take this money as compensation, because you deceived me and put me in a cage, although you had to let go and pay off the debt, taking this money I will change my life.

The main one is do what you want, the next day their ship leaves for Canada, but I will hope that they just shoot you.

After the conversation, the chief died from the poison of the Sea Wasp, and Kurt decided to search the chief's desk and find duct tape.

When Kurt found duct tape, he wrapped it around each finger so as not to leave fingerprints, then he got into the car and went to the ship, he decided to take a desperate step.

Arriving there, he decided to quietly climb over the steel fence, he saw that the smugglers were armed with machine guns and shotguns.

Going into the boathouse, he saw one guard, Kurt hid behind a box and began to pronounce to himself.

Kurt - so Kurt, pull yourself together! (Inhale, exhale)

When the guard turned his back, Kurt crept up, hit him on the knee, he fell, Kurt grabbed him by the neck and began to strangle him, strangling the guard, he took a shotgun, a knife, and went to the ship.

When he reached the ship, he decided to act inconspicuously, he was hiding behind boxes with a knife in his hand, he was waiting for one of the guards to come to the box to then stab him, and this happened.

When the guard approached the box where Kurt was hiding, Kurt attacked the guard with a knife in his neck, after the murder, he quickly changed into a guard, and went to the cargo hold.

The boss in the hold was shifting the money, when suddenly Kurt ran into the hold, and with a frightened face began to shoot at everything that moved, after which he hid behind the wall, two guards were killed, and the boss, taking the suitcase, ran into the cabin.

Kurt was holding a shotgun with trembling hands, he just didn't believe that he started killing people.

When Kurt calmed down, he decided to finish the job to the end.

After the murder, Kurt took a suitcase with money, loaded it into a car, and disappeared in the car in an unknown direction.

The smuggler carries a bag with Sea Wasp cans, thanks to these cans he can throw them at survivors.

Unlike the clown, the Smuggler can hurl cans across the map like Anna's axes.

If you hit a survivor with this jar, the jellyfish poison will begin to burn his face.

The survivor will see very badly, a trace of a jellyfish will remain on the screen, which will block the floor of the screen, and a new "Poison" effect will be imposed on this survivor.

If the effect of the poison is imposed on the survivor, then in no case should he stop and walk, if he stops running, he will instantly fall into a dying state.

The poison lasts for 1 minute, and the jellyfish blindness disappears after 20 seconds,

The poison is destroyed by running.

The bag of jellyfish can run out, so you need to find another bag of poison in the closet, there are 7 cans in total.

Weapon: The smuggler carries a shotgun as a bat and hits the survivors with the stock. 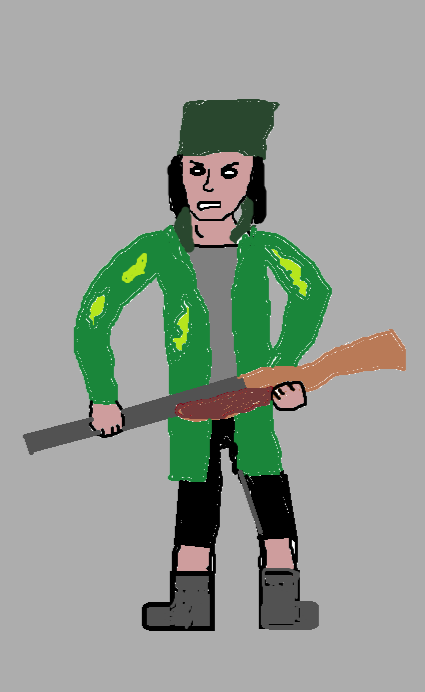 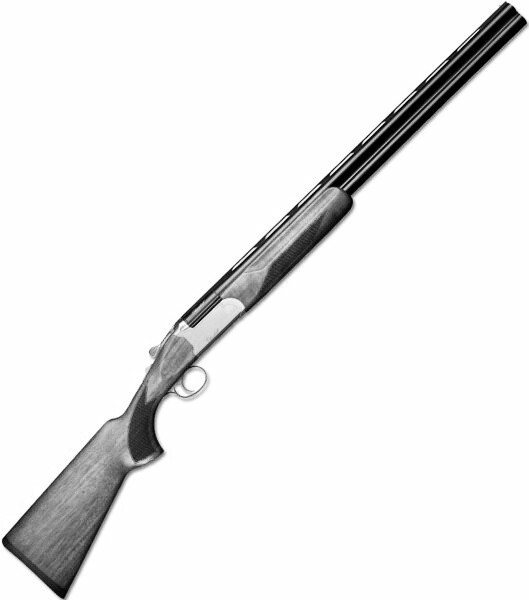 Unlike other killers, the smuggler looks more human.

Wears jeans, a plaid shirt, black hair, dark complexion, and his eyes are unaffected by essence.

A torn green jacket, long hair with a bandana on his head, black shorts, and rubber boots.

He took these clothes from the guard he had killed.

Kurt is a little fearful and quick-tempered, but this did not stop him from storming the ship.

Kurt was afraid to leave fingerprints on weapons and other things, so he covered his fingers with duct tape, which proves that even before the smuggling, Kurt was held accountable, and that he was once caught by the police thanks to his fingerprints.