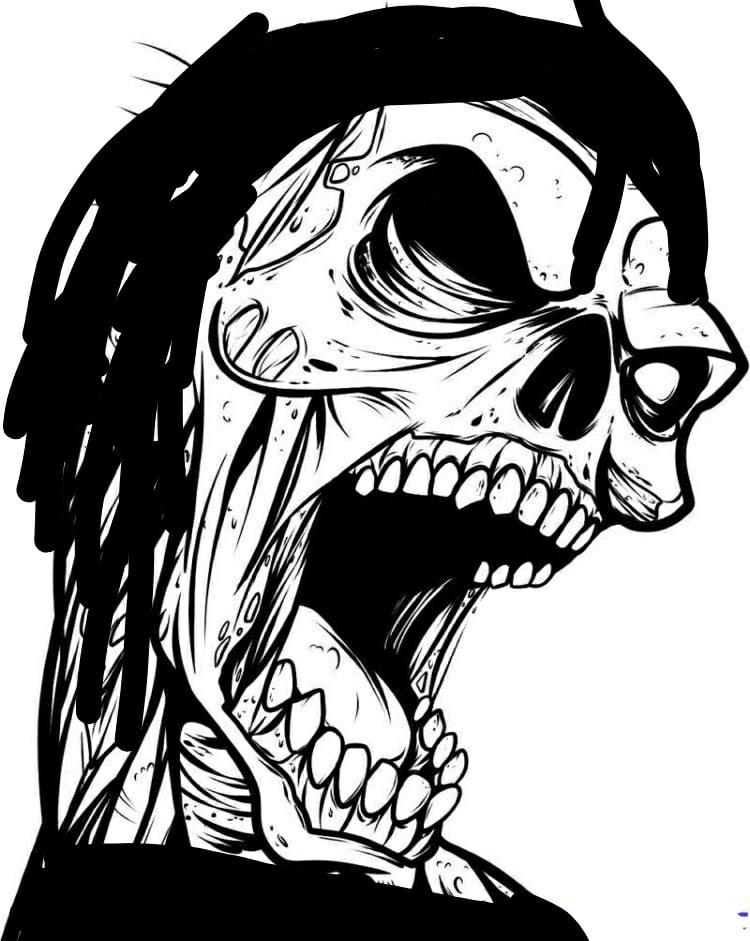 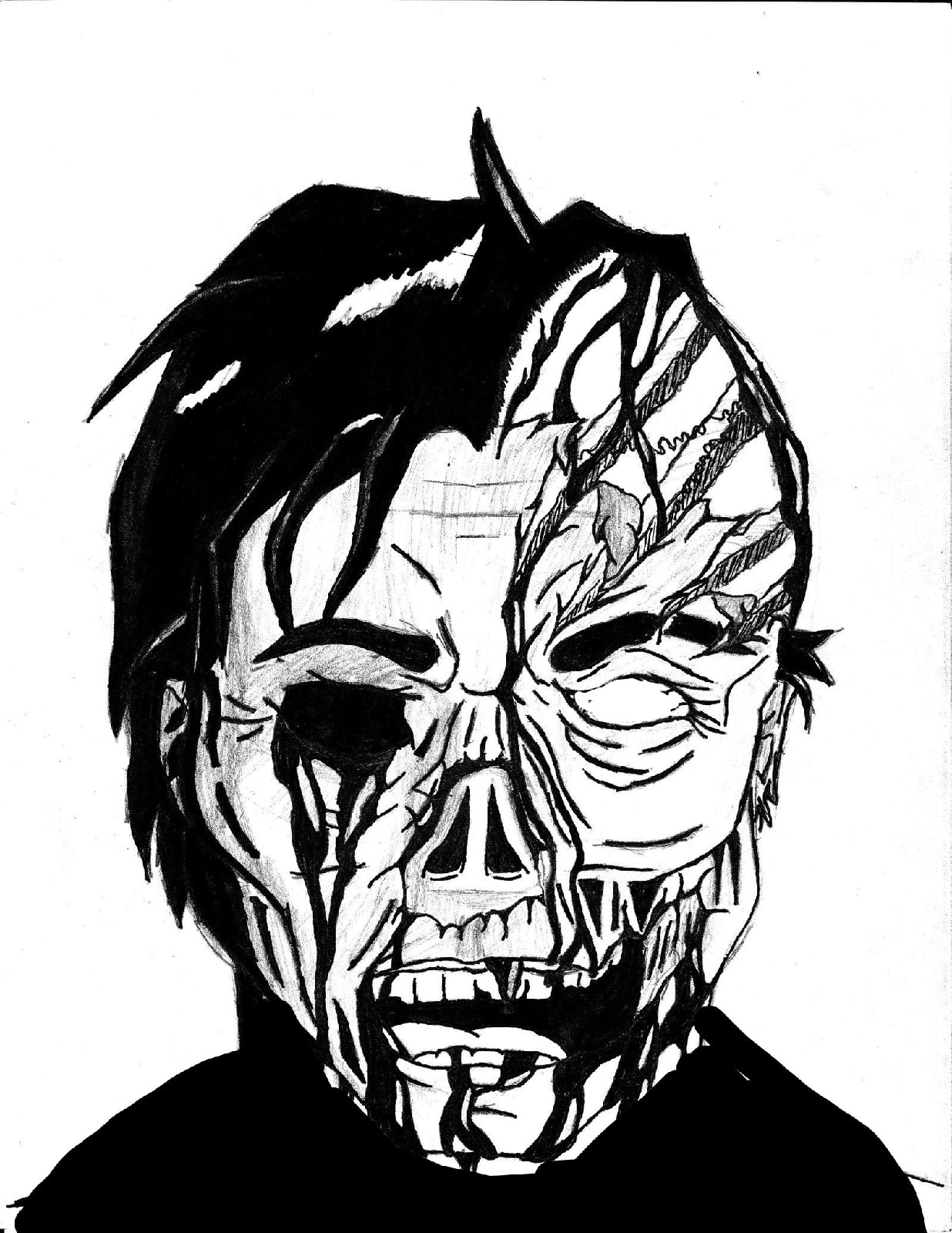 Ewald Wilson, 23, was an introverted shy guy, sometimes even hot-tempered, was dependent on someone else's impulse, he also had frequent mood swings, thereby forcing himself to do rash acts. Most likely, his character changed after the death of his mother, who had died long ago in a car accident.

Ewald studied at the Institute of Vertebroneurology and Manual Medicine, he had normal relations with his group, Ewald's only problem is his father, who constantly inspired Ewald to be like himself.

When Ewald came home from school, he constantly started a war with his father, his father constantly said that Ewald got himself a girlfriend, began to wear normal clothes, etc.

But Ewald was against it, he liked to be alone, and he hated a variety of clothes, especially jackets, so he preferred to wear absolutely black clothes, a thin black jacket, black trousers and shoes.

This, of course, agitated his father, and Ewald rather dreamed of leaving his father somewhere far away and for a long time, because his father constantly pushed him around.

It was an ordinary day, after returning home from the institute, Ewald decided to take up essays, when suddenly a drunk father came to his room, who began to start his old hurdy-gurdy that Ewald was not like him, and so on.

Ewald asked his father to leave the room, to which his father began to shout at him, the screams began to annoy and interfere with Ewald's project. Ewald calmly began to look at his father and listen to his nonsense, and when his father spoke about Ewald, he in the end called Ewald a loser. After these words, Ewald sighed and with a calm face took out a hammer from the table and began to threaten his father, Ewald told him to leave the room, but the father, feeling his son's courage, told him to hit him. To begin with, Ewald said that he should leave his room and not interfere with his project, but when his father refused, Ewald got angry and hit Father on the head with a hammer, blood flowed from the top of his head, and Ewald hit him again, after which he finished it off on the floor by smearing skull with a hammer.

While waiting for the night, Ewald wiped the floor, which was covered in blood, and then wiped the hammer itself. When night fell, Ewald took a shovel, started the car, drove out of the garage, and drove into the forest.

When he got there, he started digging a hole, he dug a hole, he threw the body of his father and buried it, and with a calm grin went back home.

When Ewald drove the car into the garage, leaving the garage to the street, he saw an old woman with gray hair, who was staring at Ewald, Ewald approached her, and saw that this was a lonely Gypsy woman who lived not far from Ewald's house. She said that she knew about the murder, and was ready to report to the police, Ewald decided to invite the woman to his home in order to resolve the issue peacefully without the police, the gypsy refused because she understood that if she entered his house, she would be killed. The gypsy said that Ewald would die, and would be doomed to eternal suffering for his sins, if he just had to wait.

Then the gypsy said that she would not call the police, since Ewald did not have long to live.

After these words, the old woman went to her home, Ewald, not believing her nonsense, went into the house, and went to bed.

Waking up in the morning, he saw the police outside the window that was standing at his house, Ewald realized that the Gypsy had blabbed, he left the house, realizing that he would be arrested, leaving he saw that the police were just sitting and eating breakfast in the car, after that Ewald relaxed and returned to the house , Ewald had fears that the old woman would sooner or later blab out, Ewald, in fear of being arrested, decided to kill the gypsy.

Night fell, Ewald approached the house of the gypsy with a hammer in his hand, he understood that the old woman was a widow and her husband was no longer alive, so it would be easier to kill her.

Knocking on the door, the gypsy opened the door, saw Ewald and closed the door in fear, telling Ewald to get out, otherwise she would call the police.

Ewald tried to persuade her to let him in, in order to resolve this issue with murder.

The gypsy listened to him, and let him into her house, as soon as he entered her house, he abruptly pulled out a hammer, swung, the gypsy reacted, and said a spell, which made Ewald petrified like a statue, then she took her knife and stabbed Ewald several times in his heart, saying that he would be cursed for centuries, after which Ewald fell to the floor and died from stab wounds.

The gypsy called the police to report the murder.

The gypsy was arrested, but a few days later the court released her home, as she killed him for self-defense.

THE CURSE OF EWALD

He got up and purposefully went to the house of the gypsy.

Meanwhile, the gypsy was going to sleep, she turned off the light, when suddenly someone knocked out her door, in fear, she got out of bed, took out a gun, and went down to the first floor where the door was knocked out.

The gypsy saw Dead Ewald and told him that he would be tormented in his rotten body for all eternity.

She shot twice from the gun into Ewald's head, but the shot from the gun did not harm Ewald in any way, since he is already dead. After the shots of the gypsy, he attacked her with a disgusting roar and gutted the old woman like a cod, after which he disappeared, the gypsy knew what she was doing for what and paid.

Neighbors heard the sound of gunfire in a nearby house and called the police, the police found the corpse of a gypsy, and later discovered that Ewald's grave was empty.

Ewald himself is dead, and in order to stop tormenting in his dead body, he needs to look for new victims in order to temporarily postpone his torment, and once he got there where it was not worth it at all, namely the mysterious forest from which evil was blowing. APPEARANCE: Ewald's body is completely decomposed along with his face, he wears a thin dirty black jacket, black trousers and one shoe, the right sleeve of his jacket is torn.

SPEED: Despite the fact that Ewald is a living corpse, this does not mean that he is slow, he moves quickly and is able to catch up with any survivor.

Ewald walks like a zombie, limping heavily, slightly pushing his body in different directions, but at the same time he is fast, moves with quick steps.

Hold m2 and then release m2 to dash and bite the survivor in the neck, the bitten survivor gains two new "Infection" AND "Hallucinations" effects.

"Infection" A survivor after a bite cannot lick for 1 min, poisonous vapor escapes from his body within a radius of 4 meters

If other survivors begin to breathe this vapor, they will receive the effect of a deep wound, but the strip under their icons will be green, which means that they are poisoned. In addition, the screen of the poisoned survivors will be dark green, they will not see well until they are repaired.

Having patched up, injured survivors cannot heal for 1 min, as well as a bitten one.

The bitten survivor gets one more additional "hallucination" effect. The bitten one will see other survivors in the form of Ewald, terror and a red glow will emanate from these survivors, hallucinations will disappear if the survivor is completely cured.

Survivors in the guise of Ewald have the same animation as himself, they also have chase sounds like the maniac himself. 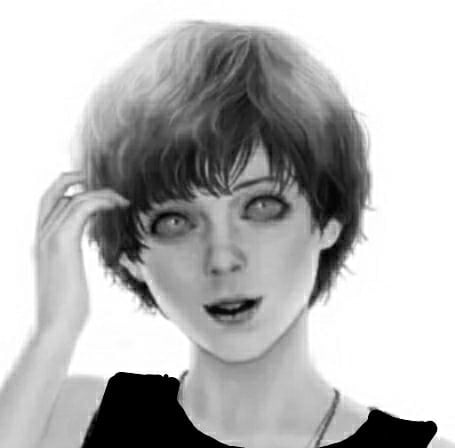 21-year-old Judy was an excellent student, she studied at the same institute with Ewald, lived in a hostel, she also attended Ewald's funeral with other students and teachers.

Judy met Ewald on the bridge, when she went to the Institute, but they rarely managed to communicate, Judy devoted more time to her studies, so she rarely had to communicate with anyone, even in her free time.

Once Judy celebrated the birthday of her friend at her house, after a party she went to the hostel and disappeared without a trace, the police took Judy's trail with the help of the shepherd dogs, the trail ended in a cemetery where Ewald's empty grave was also found.

Judy's last trail was behind a tree, perhaps she was hiding from someone.

Redhead, medium hair, blue eyes, freckles, she looks like Beverly Marsh from the movie "It" in 2017.

Wears a black T-shirt with a checkered shirt open, tight jeans, lace-up shoes, she is baptized, wears a small Catholic cross around her neck.

We are shown the bridge that leads to the institute, on the bridge stands Judy, to which 3 hooligans have joined, after which Ewald appears, grabs one of the hooligans and throws him off the bridge into the river, the second hooligan breaks his arm, the third bully runs away in fear.

After that, Judy meets Ewald, and they go to college together.

We are shown how Judy, in a bad mood, celebrates the birthday of her girlfriend, she did not leave the thought of Ewald's death. A little later, we are shown how Judy is walking through the cemetery at night to the hostel, suddenly she hears that someone is whispering at Ewald's grave, she hid behind a tree,

Judy, looking out from behind a tree, saw a gray-haired woman who says unknown words at Ewald's grave, after which the woman leaves, and a dead Ewald crawls out of the grave. In a frightened state, Judy hid behind a tree, covering her mouth with her hand so as not to shout. In fear, she sat and waited for Ewald to leave the cemetery, after which the earth began to shake under Judy's feet, from which the claws of the entity crawled out, which began to drag Judy underground, Judy begins to scream, Ewald hears the scream, he sharply turns his head towards the tree, coming up to the tree, he does not notice anyone, except for Judy's bracelet which was lying on the ground behind the tree. 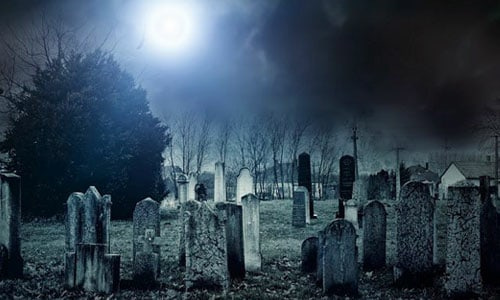