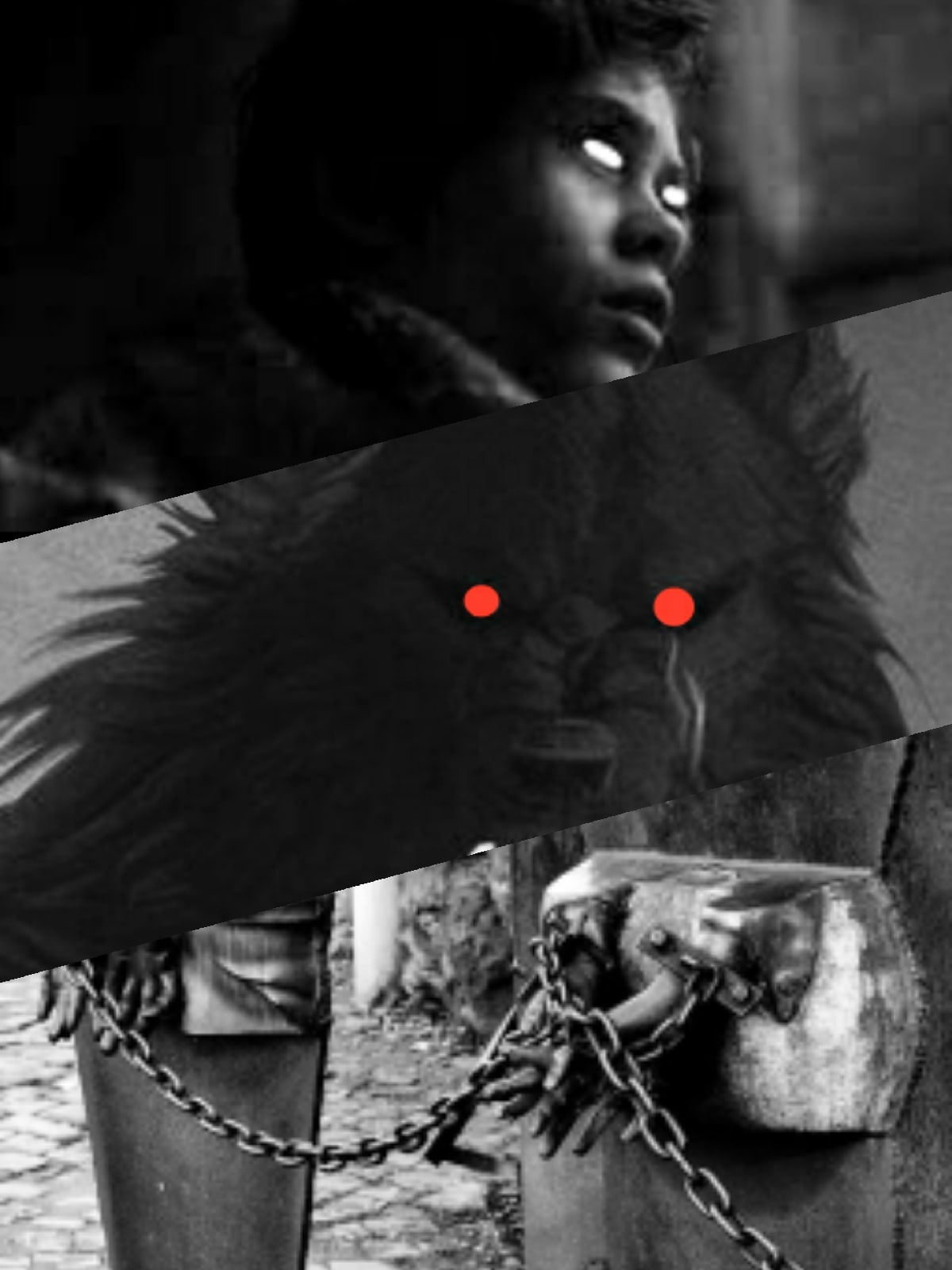 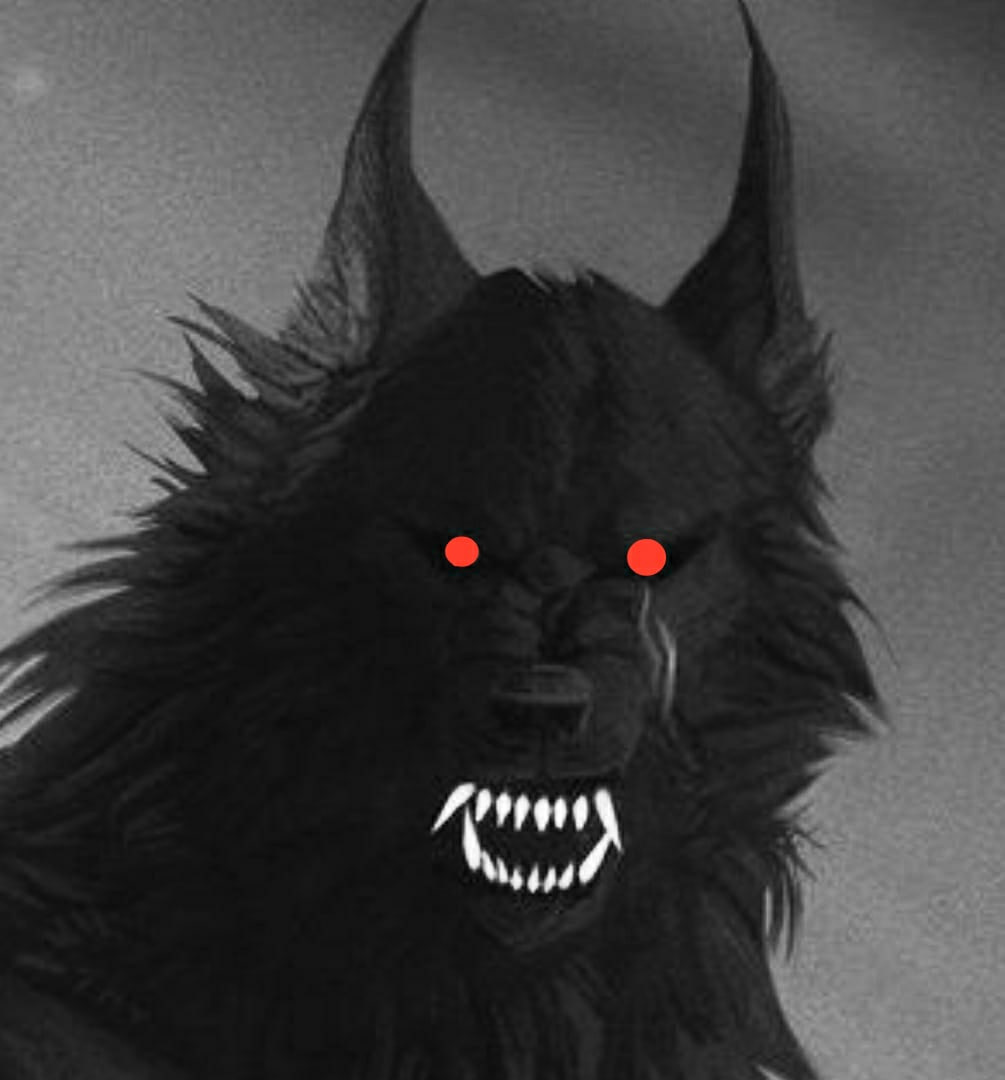 THE STORY OF THE KILLER

2156, Afir is the most isolated country covered with a titanium dome where Royven lived.

Royven was the Executioner, and the only human servant of the Afirian dictator Nibras, the rest were only androids subordinate to Nibras.

Royven constantly wore a black wolf mask with red eyes in order to frighten the slaves with his appearance if they did not work, it was this wolf's head that was depicted on the flag of Afir.

Nibras arranged the executions of disobedient slaves, and Royven himself killed people, and he killed them with or without torture, depending on the orders of Nibras, if necessary, Royven chopped a living person into pieces and finally beheaded.

Roywen was a cruel and pity-free Executioner, he killed everyone except children, he treated children neutrally, not wanting to hurt them, even if Nibras ordered to harm the child in some way, then Royven tried to persuade Nibras in every possible way not to harm children, and he listened to him because Royven was eloquent, and knew how to persuade not only the Dictator himself, but even the Androids, sometimes going to the trick.

Once there was a case when Android grabbed a little girl by the neck and began to strangle her because she refused to work, mining scrap metal in destroyed buildings.

Royven, passing by the cells with the slaves, saw the android strangling the girl, he immediately took out a combat knife, and with one blow blew off the android's head, and then he told the slaves not to tell anyone that he had killed Android, otherwise all the informers would go to the block.

Then he took some internal components from the killed android to create various useful things, after which he took the android's body, stuffed it into a bag, and threw it into a trash can, only slaves who were afraid to open their mouths knew about this secret, Royven himself hated androids, he loved to win and humiliate them in every possible way.

A few days later, damaged androids came running to Nibras, who remained intact after the attempted murder of refugees, they said that the slaves had gone by car to the city of Terror, in their hands they had a navigator tablet.

After this information, Nibras instructed Royven to find these refugees, Royven had a lot of advantages, it was his sensitive sense of smell, endurance, speed, and strength, and because of this he was the ideal right hand of a dictator.

Royven hated cars, and preferred to walk, since the two cities were not so far away, so he did not interfere with walking. ...

When he got to the Terror, he used his sense of smell and tried to find the refugees with the help of his instinct, on the way he found an android hit by a car, who had a tablet in his hand, Royven took the tablet where he found out everything about these girls, one of them is Midea, who lived in Afira. and the second Natasha, who was a citizen of the NSA.

After that, he followed the trail of his sense of smell, and his instinct led to the bunker, going down there, and walking a little further along the dark corridors, he found the cold corpse of the murdered Natasha, who had been killed by a blow with a kitchen ax. Her corpse was lying next to the stairs that led upstairs, going up there, Royven found himself in the forest absorbed by the fog, and behind him was a titanium dome, then Royven realized that he had gone beyond the borders of his country. Royven smelled fog, and realized that this fog reagent was invented by him in Afir at military bases as a military weapon.

Royven understood that he was following the right trail in order to find Middea, walking a little further he felt the earth trembling, after which claws came out of the ground and grabbed Royven, but Royven was very strong, the claws bound his legs and arms, but he literally with all his might tried to escape, and he succeeded, he freed one hand, and then with the same hand tore off the rest of the claws almost from the roots, thereby freeing himself from these paws that held him, after which he heard a loud howl from the ground, Royven immediately also got away from the place of attack.

Going further, the fog of the Afir reagent cleared, as soon as the fog cleared, there was a fire in front of him, and next to the fire lay a backpack in which he found traps, then Reuven felt a terrible breath behind his back, he abruptly pulled out his knives and turned to the side. Before him stood a brute in a mask, with a cleaver in his hand, it was the Hunter, looking silently at Royven, Royven abruptly pulled out the second knife, the Hunter felt all his strength, and tried not to interfere, after which he went away from him.

After that, Royven decided to take a break, he was sitting on a log by the fire, dreaming of becoming the ruler of Afir, thinking about his rule, he did not notice how he fell asleep.

Waking up, Royven woke up in the bunker next to Natasha's corpse, looking up, he saw that there were no stairs, and there seemed to be no passage to the forest.

CAPTURE OF THE APHERE WITH ESSENCE AND

THE DISAPPEARANCE OF NIBRAS.

Leaving the bunker, Royven went to the dictator, with the bad news that Natasha was dead, and Midei could not be found. On the way to the city, he did not see a single living soul, there were not even androids, having reached the City, Royven entered the building where Nibras lives, but when he opened his hall, he saw no one except the throne. Royven sat on the throne, grabbed his head and realized that he was not in his own world, everyone disappeared, Nibras, Slaves and children, but most of all he was interested in what happened to the children, this question tormented him for several hours, after which a whisper in his head said he was not alone.

Hold m2 to activate flair, flair will show you the silhouettes of survivors who recently ran through the area, when you look at the silhouettes, you absorb their scent, which increases the strength of the Marked.

Having accumulated the ability, the Marked One emits a sharp roar across the entire map, and will give a second knife.

If he took out two knives, then the survivors should avoid his blows. The marked one instantly hits with two knives, but does not send the survivor to a dying state. If a survivor is hit during his ability, then that survivor will receive a double deep wound effect, and all the statuses of the effect, blindness, forgetfulness, trauma, slow and bleeding. This survivor will have a wolf cut on his back.

The task of the survivor is to remove the cut of the wolf on his back, in order to do this the survivor will have to completely recover, for everything he is given 2 minutes.

If he does not heal, then all survivors will be vulnerable, and the Bullseye himself will see their pulsation.

After hitting a survivor in an ability, the survivor does not leave traces of cracks, when you hit the survivor, the Marked one will remove the second knife, and the ability is disabled.

When Marked holds two knives in his hands, the pallets break faster. 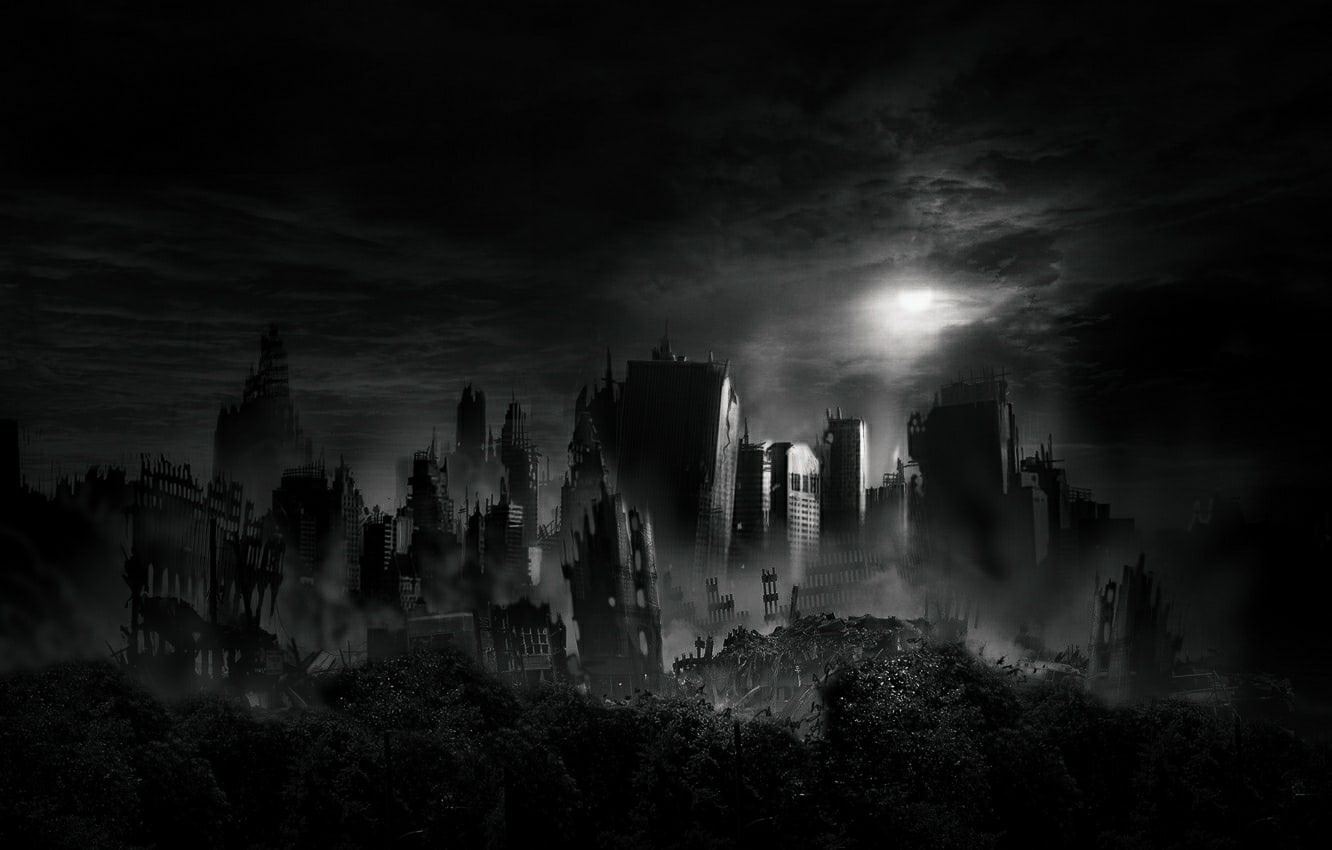 MAP: a gloomy abandoned city that is visible behind the aisles of the map, the map itself represents a ruined street, and a prison that you can enter.