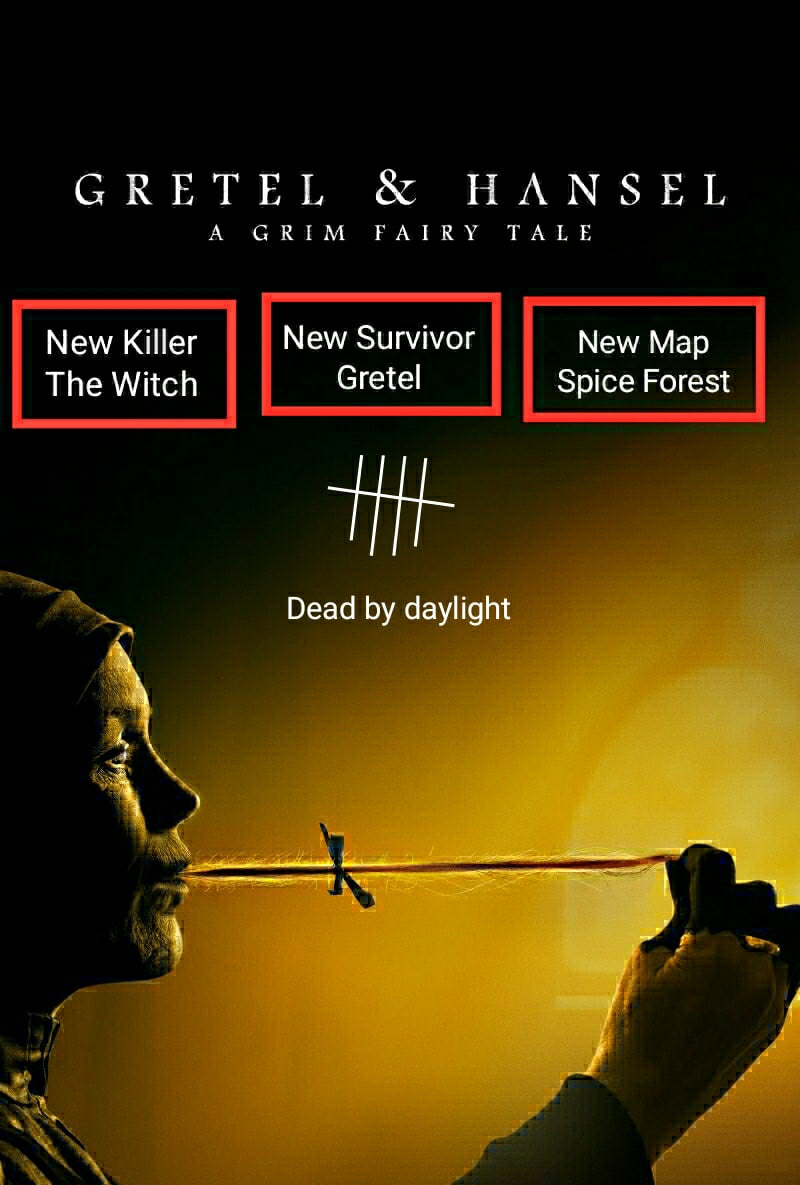 The story of the Witch (Holda) and Gretel:

The little girl in the village gets sick and is unlikely to survive. The father takes the child to the sorceress, who relieves him of the disease, but leaves strength in the girl. The villagers go to the girl as she grows up to hear her premonitions, but she uses her power to kill people, including her father. She is taken to the forest to be thrown. There she lures other children to certain death. She becomes known as the Beautiful Child.

The scene shifts to teenage Gretel and her younger brother Hansel after the death of their father. They meet a man about housework, but he reveals his true intentions by asking Gretel if she is still a virgin. Children are out of work. Their mother reproaches Gretel for not helping them support themselves and threatens to kill Gretel if they don't leave the house. The siblings run away and find a hut to stay overnight, but a hideous man appears and attacks Hansel. The hunter rescues his brother and sister and takes them to his home. The next morning, the brother and sister go in search of work. Hansel is drawn to the house, from which the smell of pie can be heard. Holda invites them inside for lunch and lets them sleep there in exchange for work. Holda sends Hansel into the forest to practice with the ax, while Gretel keeps him at home. Hansel is happy, but Gretel begins to suspect Holda. She sees a vision of the Sorceress and hears children's voices. Holda shows Gretel how to use her witch powers. Hansel also sees a vision of the Enchantress and an inverted pentagram carved into a tree.

Gretel enters Holda's basement where Hansel is enchanted. The floor pours slime and a young witch appears, dumping buckets of guts on the table before turning it into food that Holda feeds her brother and sister. The next day, Gretel watches Holda eat and sees her pull a strand of human hair out of her mouth. Through visions, Holda reveals that she is the mother of the Beautiful Child. The girl promised to share her power with Holda if she trusted the darkness. Holda devoured her other children and took on the guise of an old woman to lure other children.

Holda ties Gretel in the basement. With his youthful appearance, Holda lures Hansel into a cage to cook him. Gretel uses her powers to push Holda against the fire. Holda dies in the fire, destroying Hansel's trance and Gretel's bond. Gretel decides to stay in the house. Hansel returns to his family home and finds that their mother is no longer there. Gretel sees the spirits of the dead children emerge from the trees, finally freeing themselves. Her fingers begin to blacken like Holda's, but she declares that she will trust herself and control her newfound abilities.

A year passed, Gretel grew older, once Gretel noticed that the color of her fingers returned to their previous state, leaving Holda's house, she found herself in a forest in which screams of pain were heard.

Holda carries a staff as a weapon, pressing m2, she activates telekinesis, and begins to control the staff at a great distance.

The player starts playing for a levitating staff, the staff can fly across the entire map, when Holda controls the staff, she stands still like Charlotte, but unlike Charlotte, if there is a survivor next to Holda, then playing for the staff we will see the pulsation of the survivor, and if desired, by pressing CTRL, we will switch to Holda, but even here it is not so easy, by pressing CTRL, Holda will stand still until the Staff returns to her like a boomerang. The staff returns to Holda, ignoring all obstacles flying through them, the survivor cannot determine whether the staff returns to Holda or not.

Playing as a flying staff, survivors do not hear terror, if you try to hit the staff with a pallet, then Holda's telekinesis will go astray and the staff will return to her like a boomerang, hitting the survivor with a flying staff, the "hunger" effect is imposed on it.

There are tables with pies and sweets on the map, the task of the survivor is to get to the table with spices and eat them to satisfy their hunger.

When you approach the table, hold down M1 to start eating food, you should IN NO EVENT let go of M1, if you release the mouse button, pigtails will appear from the food that will start to hold the survivor in place, Holda will receive a notification that the survivor has been captured.

The survivor may have resisted, in order to get out of the trap, you need to hold down the mouse button 6 times to escape from the trap, works on the principle of a trapper trap.

By the way, the pies were made from the corpses of children, so there are pigtails and flesh of children.

Gretel's appearance: Wears a dress, trimmed to look like a boy 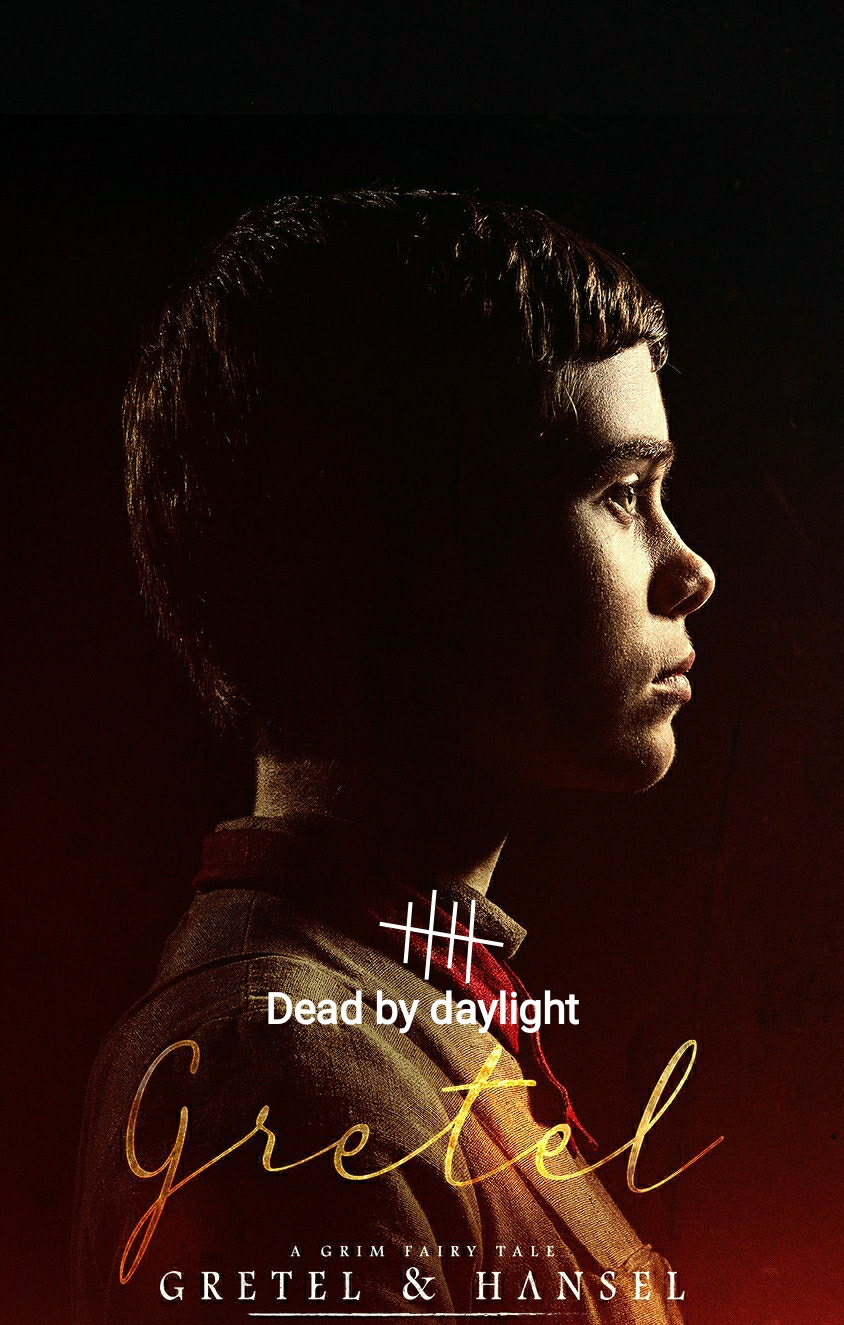 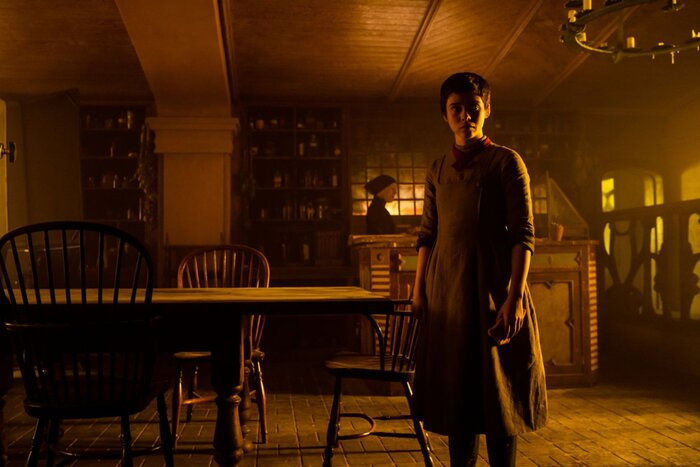 Holda's appearance: The old woman wears a black headscarf, a black peasant dress, her fingers are completely black due to witchcraft. 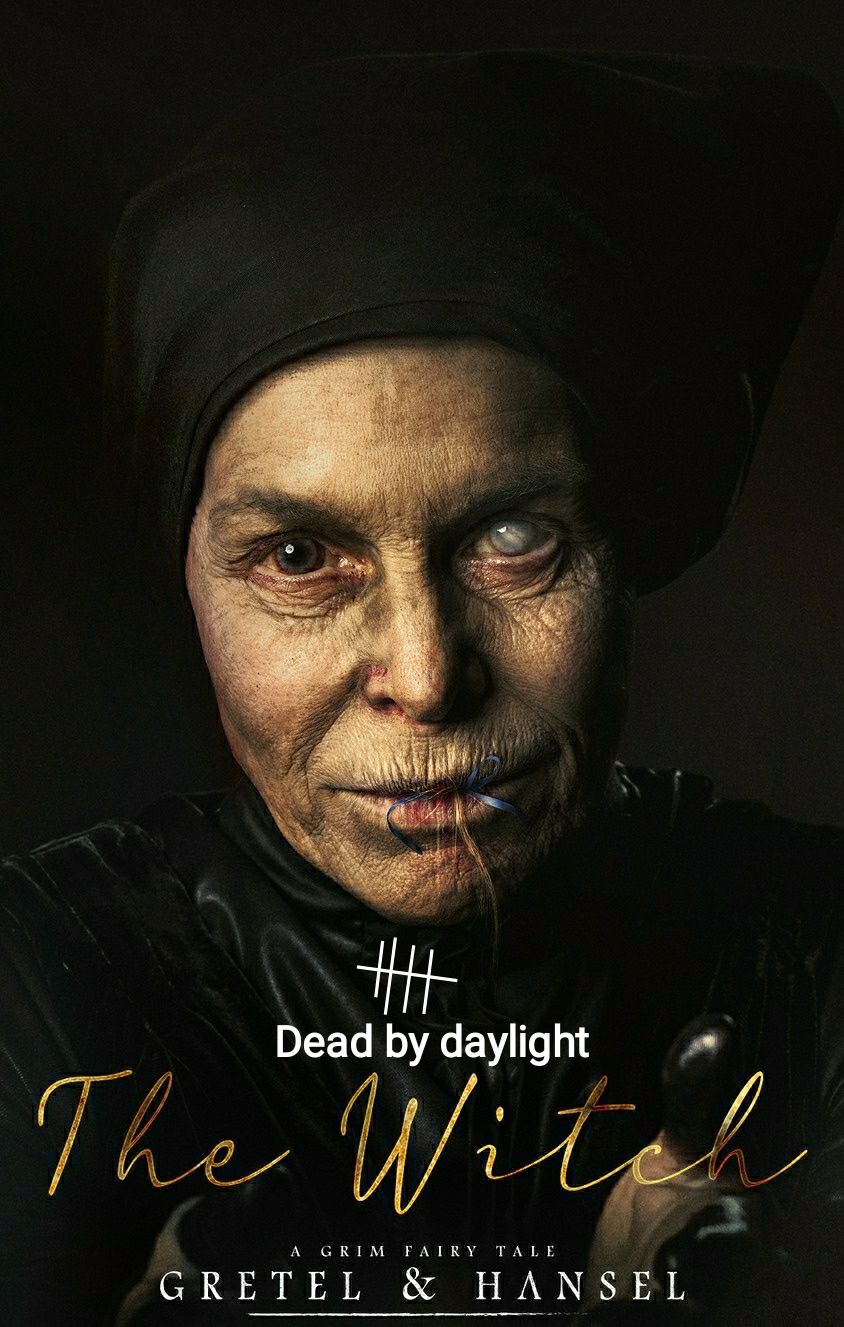 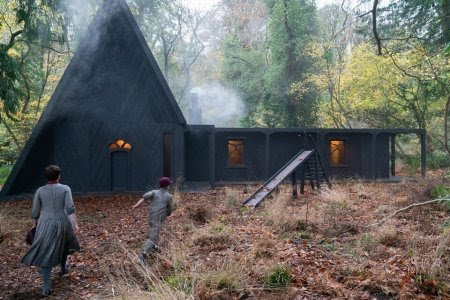