Having real trouble completing this rift task because omg the sheer staggering amount of sweaty tunneling scrublords is just unreal: 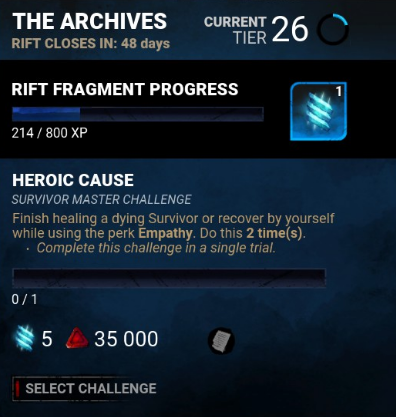 Seriously where are all the slugging Nurses so I can "For The People" a couple of times.

One thing that really annoys me about rift tasks is as a Killer you can always, every time 100% guarantee that if you let the Survivors know you want to farm they'll get the message and let you complete your rift task.

This never happens on Survivor.

I'm just writing this rift task off and will leave it up till the next tier opens in the off chance I somehow miraculously complete it.