Hey folks, since Leatherface got his rework, I've been obsessed with him. Leatherface is described by many as ''too easy'', but that's not true. Anyone who has played Leatherface in the redranks for more than 10 matches will find that he is tougher than you initially think. In this guide, I'll show you how to master Bubba, and do it consistently.

Leatherface is more perk dependent than any other killer. For months I've been desperate to find the best perks on him. Now I have the answer: Pop goes the weasel, Ruin, Thrilling Tremors and Discordance. Since I'm playing this build, every match is a 4k or 3k. You can't lose with this comp build!

Leatherface has the most powerful addons in Dead by Daylight, thats a fact. However, not all of its addons make sense in combination. Here are my best builds: 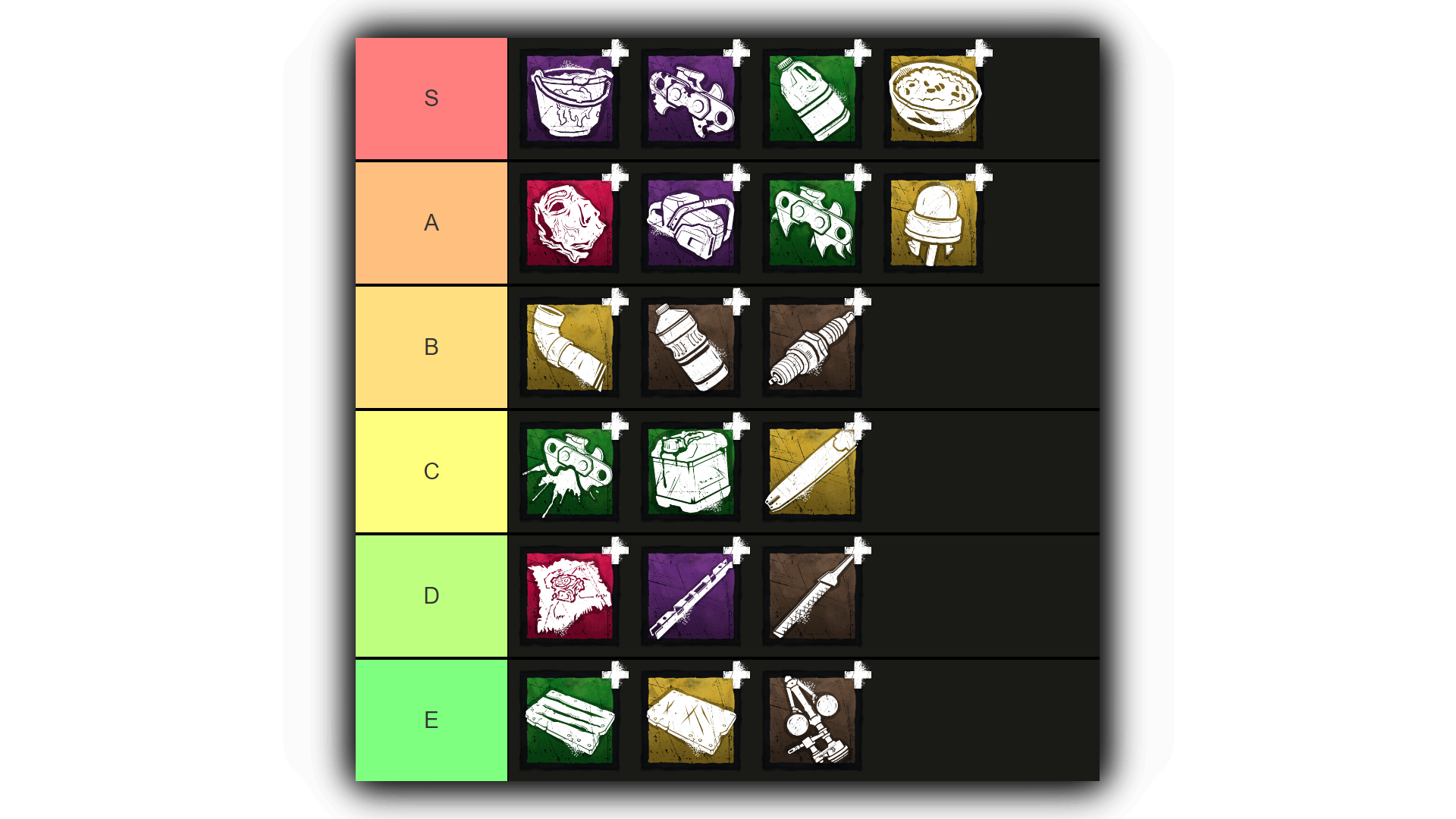 You are probably wondering why the beast marks and knife scratches are so low on the tier-list? This addons extend your chainsaw charging time. That's the dead in every loop. The speed boost you get is low. Maximum +3% with the green one. Good survivors will outplay you with this addon and there is nothing you can do about it. Don't take this addons! Same for the Depth Gauge Rake Addon. Leatherface Tantrum can destroy entire matches if you don't know how to deal with him, so make sure you learn his power, learn his weaknesses and learn how to counter SWF's and loops with him. In my opinion he is the most fun, but also the most difficult and deepest killer in terms of his gameplay. I hope the guide was able to help you, and if you have any questions, please ask me! (^-^)

And by the way: Don't be a bad player and camp the basement or hooks, that's no fun for either side. I wish Leatherface would get away from that ''camping image'', he can do so much more than that... :(

I edited this Post, because my opinion about the Tierlist and the Perk-Build changed. Its now up to date!