Every time I play Trickster, I ask myself why I'm not playing Huntress or Plague

Literally everything he is capable of, other Killers can do better. I got a couple good knife throws over a short loop for 0.2 of an injured state when I could have gotten a full injured state with Huntress or Plague's corrupt purge. I catch someone in an animation with a few knives that don't down them, but if I had been playing Huntress it would have been a down. Hell, half the time it's usually just better to run them down and m1 them rather than waste time trying to hit them with six to eight blades. Main event is also pointless. I never use it because I usually get it in situations where it would be detrimental to my chase and survivors can just loop around objects and avoid the torrent of knives for the duration of the power because I'm so slow. The inaccuracy of his projectiles are also very frustrating for me. I want to be in control of the character that I'm playing, and having a quirk of his power actively working against me and constantly having to fight against his camera moving all over the place while rapid firing isn't fun. I would rather trade a slower firing speed for more accuracy. I know you could already sort of do this by throwing single knives but it is way too slow to be useful, especially with how maps are littered with random crap survivors can hide behind, so hitting 6-8 shots like that is impossible.

Make him unique- Ricochet basekit and make it consistent and useful without having to basically redesign all map geometry by introducing a predictive algorithm that limits the angle and direction at which knives can rebound, so you don't have these crazy bounces that make no sense. You could also conversely do an inaccurrate homing feature, but that might take some skill out of the equation.

-Laceration meter should not decrease (sick survivors don't magically get better?) especially while in a chase or psuedo-chase. Recovering from laceration should require the survivor to pull knives out of their body kind of like recovering from deep wound but the laceration status effect doesn't move without being interacted with, it's just a bar with 6-8 tiers. Getting hit with knives increases it, recovering slowly decreases it one bar at a time, but you don't necessarily need to recover it completely.

-Main Event: Able to hold Main event like Oni and activate at will. Does not decrease movement speed. Alternatively, change main event to be more like an accurate shot gun style where he throws a bunch of knives all at one time?

These are just a few suggestions to make him more attractive and fun to play as. He is not very skill based right now, and feels very janky and clunky. Adding a few unique features like basekit Ricochet will go a long way to increasing his skullcap and reducing rng. 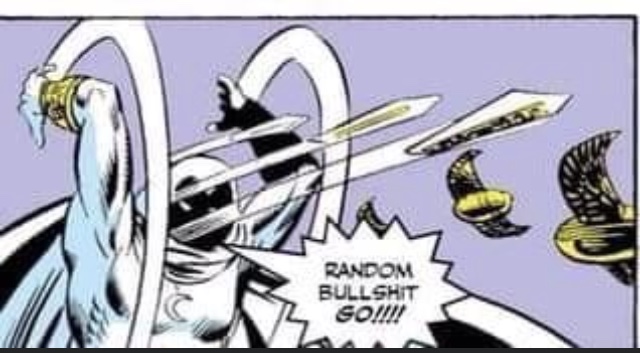