Was playing Dwight on one of the swamp maps when the killer (a Billy who was chasing someone else) destroyed the pallet the survivor threw down. I went to run down the passage where the pallet had been and suddenly became stuck in the debris
that was left behind. The killer came back and looked like he was flying in the air when he came to hit me. I got unstuck after he downed me but before he did all I could do was spin in circles. 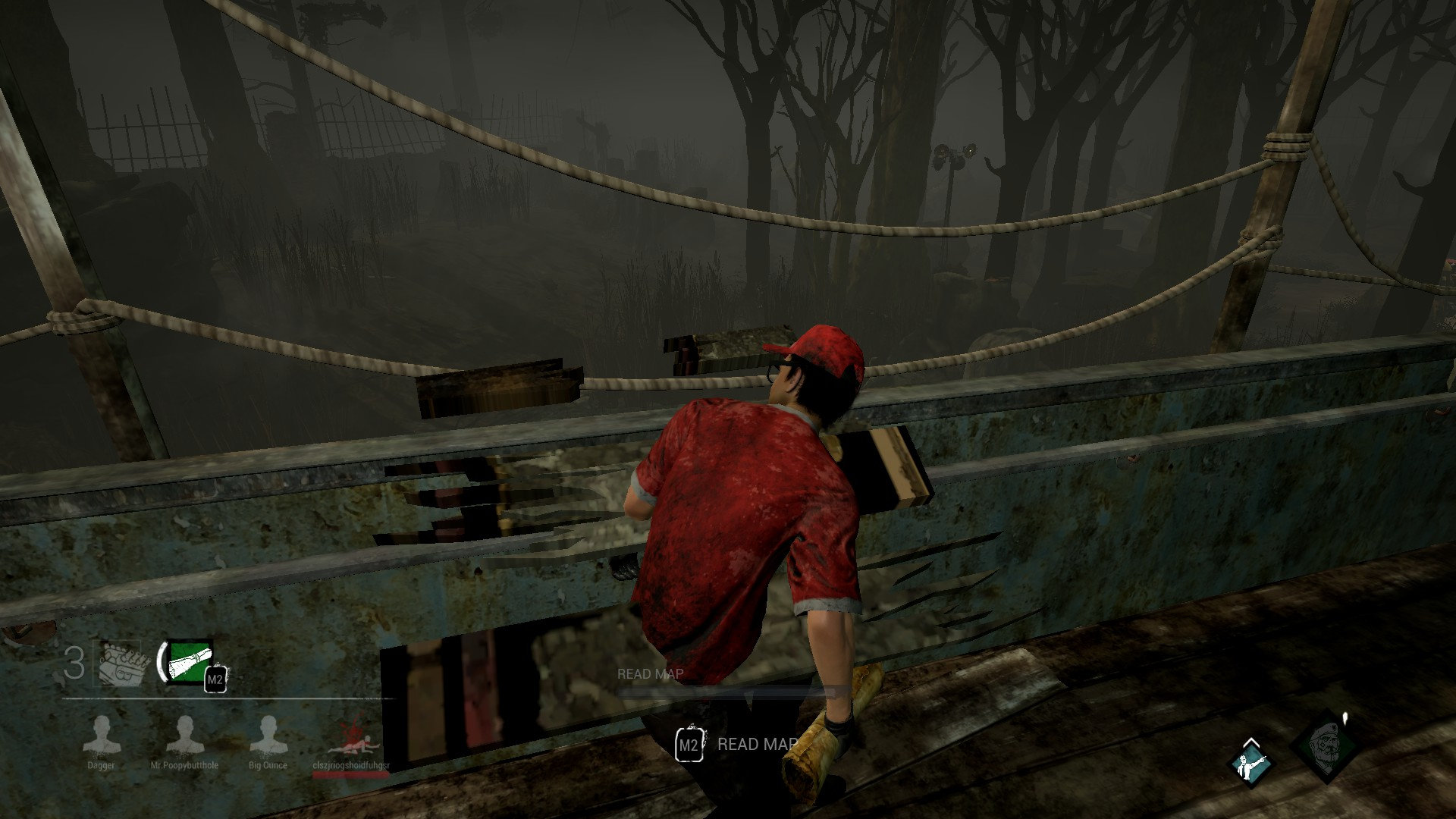