Does this constitute as targeted harassment? 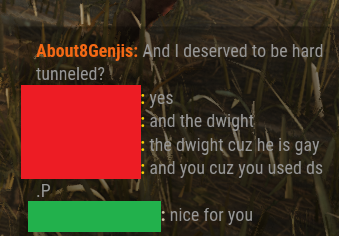 Basically this nurse hard tunneled first the dwight and then me out of the game and when I asked them why, they answered with "the dwight cuz he is gay". The dwight had "gay" in thier name and wore the gay charm.

«123»
This discussion has been closed.