We should start posting the goofy stuff that the chat filter blocks all in one spot.

In this one it blocked "Espanol" and "Nix". What else yah got? 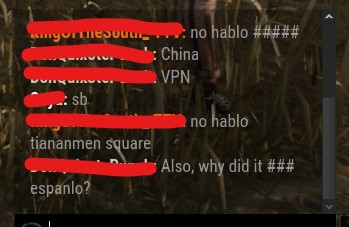