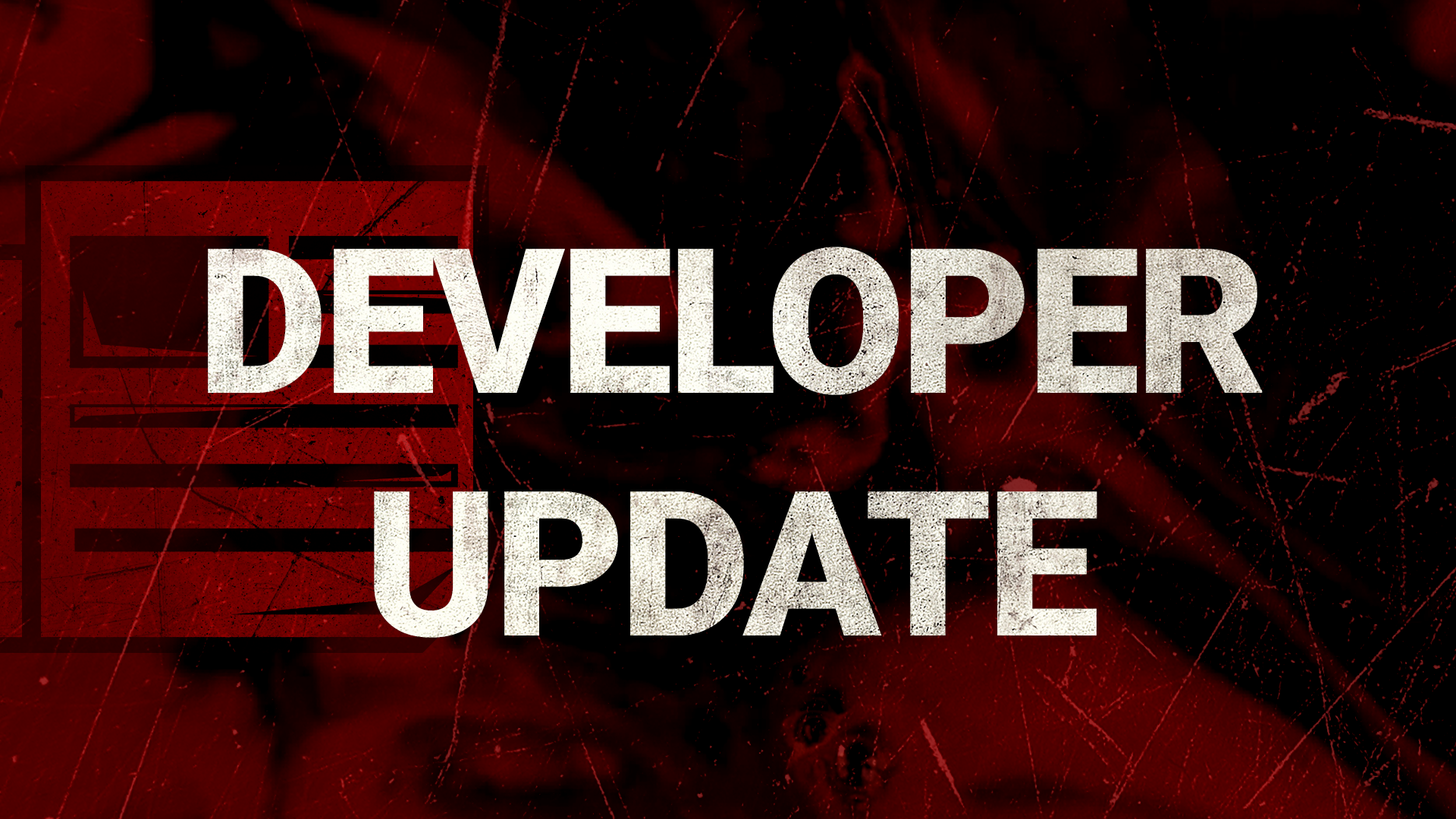 Back so soon? Welcome back to the Developer Update, a series of posts detailing some upcoming changes to Dead by Daylight. Previously we went through a ton of changes, and we’ve got just as much in store today.

If you haven’t read part 1 yet, you can find it here:

We’ve kept an eye on The Deathslinger since his release last year, and we have a few small changes aimed at (haha, get it?) his power.

Currently, there is almost no delay between aiming down sights and being able to fire your weapon. Likewise, there is almost no delay between cancelling your shot and going for a basic attack. This creates lose-lose situations for the Survivor where there is nothing they can realistically do to avoid getting hit. For example, if they vault a window, you can easily aim down sights and fire without giving them a chance to dodge your shot. But if they decide to not vault the window, you can easily cancel your shot and hit them with a basic attack instead. Additionally, since there’s almost no delay, the Survivor must constantly dodge and run erratically just in case the Killer decides to shoot.

With that in mind, we’ve made the following changes:

Since The Deathslinger would spend more time aiming down his sights than before if you quickly aimed and fired, we felt it was only fair to increase his movement speed while aiming down sights to compensate. This will cause you to lose less ground while aiming and keep up with the Survivor a little longer.

Last, but not least, we’ve increased The Deathslinger’s terror radius to 32m. The Deathslinger is the only ranged Killer that does not have a "lullaby", which meant terror radius reducing perks like Monitor & Abuse could allow you to get close enough to surprise and hit a Survivor without them getting any warning whatsoever.

Like usual, we have also gone through a few of The Deathslinger’s add-ons and given some small buffs to the least used/powerful ones.

The Plague has been in the game for a while now and hasn’t seen a whole lot of change, but that ends today: We’re making a series of quality-of-life changes that should make her more effective and more fun to play.

First, we looked at infected objects. Previously, interacting with something would cause your infection to increase faster. We’re adding an additional penalty to interacting with something that is currently infected, meaning your infection will increase even faster than before. Additionally, we’ve increased the base infection duration on objects (like generators) from 35 seconds to 40 seconds. These changes will make infecting objects feel much more impactful.

One of the things that felt really bad for the Killer was when you let get of your power button a little too soon, causing your power to be cancelled entirely. Now, tapping the button or letting go before the minimum threshold will cause your power to continue charging until the minimum amount has been reached. (Basically, it now works like the Huntress’ hatchet.)

Finally, we’ve increased the time it takes to cleanse at a fountain from 6 seconds to 8 seconds.

Like the other Killers that are changing in this update, we’ve revisited The Plague’s add-ons as well and did a complete pass on some of the less powerful or rarely used ones.

Surprise! We also updated the description of item add-ons in this update as well. Like we’ve done for Killers, each Survivor item add-on will now list their effects with numbers rather than descriptive terms like moderately, considerably, and so on. Additionally, add-ons the grant a Status Effect will also have a brief description of what that Status Effect does.

Oh, did you think the list last week was all of them?

Much like Zanshin Tactics, we’re removing the cooldown from this perk entirely. We’re also increasing the range to 24/28/32m as well. Go away, cooldown, we don’t want you here!

Repressed Alliance has the potential to save a good chunk of progress when timed well, but due to the high requirements for the perk to activate, it can often not be ready by the time you need it. With that said, we’ve reduced the time required to activate the perk to 55/50/45 seconds.

This perk shipped with fairly safe numbers to make sure it couldn’t get out of hand, but that ended up making it a pretty unpopular choice. We’ve reworked it to be far more effective at what it’s meant to do.

Hiding in a locker for 14/13/12 seconds with a depleted item in your hand will cause it to refill 99% of its charges. Each use of Built to Last reduced the number of charges refilled by 33%.

Previously, we reduced the cooldown of Any Means Necessary and saw more people start to use it. It’s still not quite where we’d like it to be, so we’ve added an aura reading effect on all dropped pallets. This way, as soon as it’s ready, you’ll know exactly where you can use it!

No Mither allows you to trade a health state for other bonuses, but these bonuses aren’t strong enough to warrant using the perk. We’ve increased the Grunts of Pain reduction to 25/50/75%. Additionally, we added a 15/20/25% increase recovery speed while in the dying state.

Side note: Yes, we know a lot of you use this perk as sort of a “hard mode”. We’re not looking to completely get rid of that, as silly as it may be.

This is a simple one: Survivors who are working on a generator will now suffer from Blindness in addition to Exhaustion. This’ll cause the perk to not only prevent the use of Exhaustion perks, but also any aura reading that the Survivor may have.

The hatch, and keys by extension, have long been very contentious topics, leading to some heated debates. We have some changes incoming to make them a little fairer.

First, the hatch will no longer spawn if there’s more than one Survivors in the trial. This means you’ll never have to worry about the last three Survivors vanishing when there’s still one generator left.

Additionally, the hatch will now take a few seconds to open with a key once it is closed. Progress does not reset when the Survivor cancels the interaction. This eliminates the problem where a Survivor can simply sprint straight at the hatch and instantly open it and escape.

With that said, these changes will make the “Where Did They Go!?” achievement impossible to obtain, so it will be changed to ‘Escape through the Hatch using a Key.”

As promised in the Anniversary Live Broadcast, we are introducing some new gameplay around Totems, these will add an extra objective around the map and much like Killers Hex Totems, are tied to Survivor Perks.

Survivors will be able to bless a totem to change it into a Boon Totem and these blessings are designed to offer comfort to the Survivor Team, a small safe haven. However, unlike a Hex Totem, the Killer can also quickly interact with the created Boon Totem to completely remove the associated blessing, once again turning it into a dull totem, they will also be able to hear the Boon Totem when in its range.

Each Survivor can only have one Boon Totem active at a time. This Boon Totem will combine the effects of all of their equipped Boon perks.

This will add some more strategic decisions for survivors to make when it comes to their interactions with Totems. 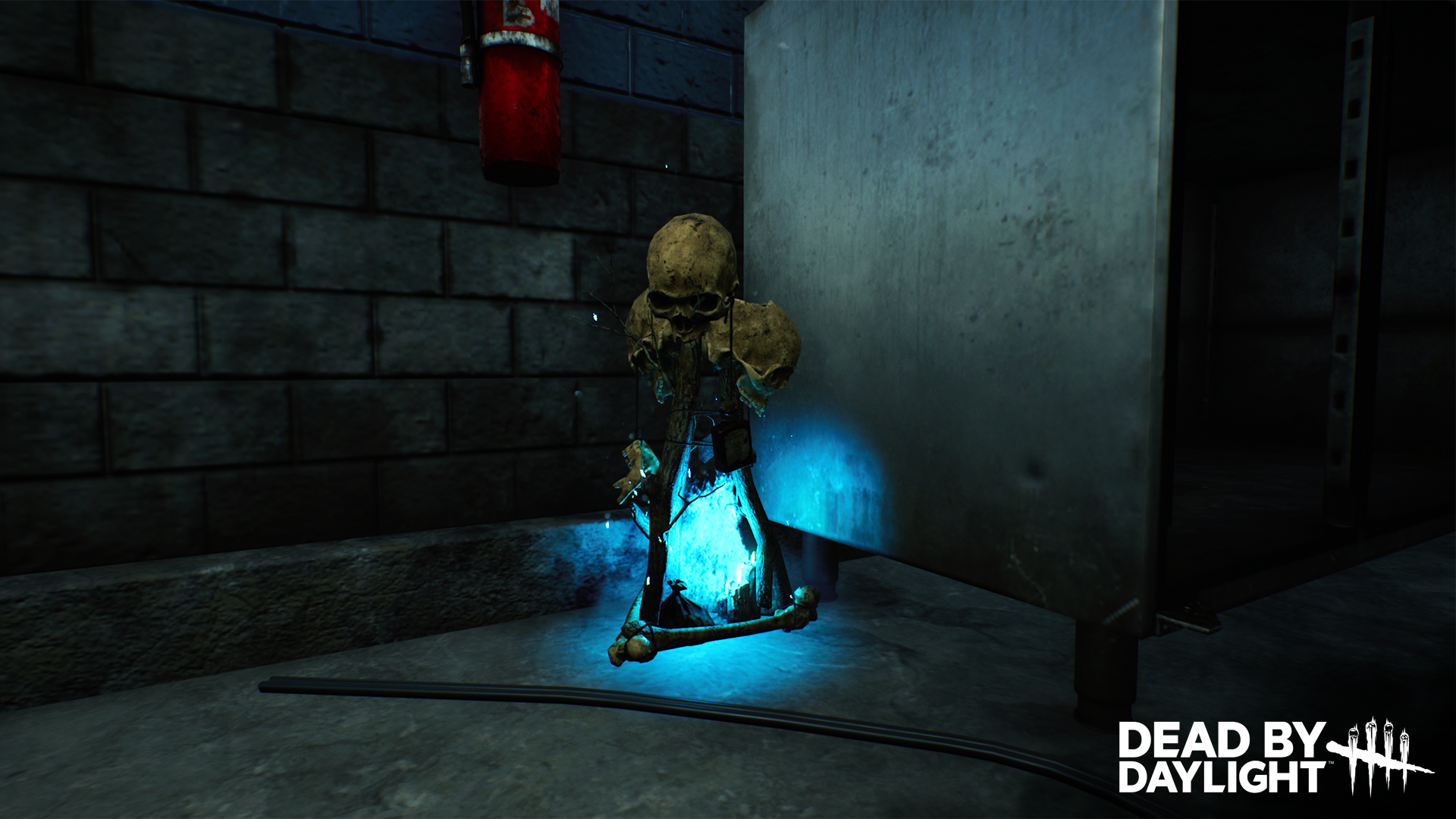 With that, we’ve come to the end of the Developer Update (for real this time!) All of the changes mentioned in this two-part post (and more!) will be available for testing in this week’s Player Test Build! We look forward to hearing what you think, and until next time…