Winter event we are getting daily login reward for BP, Shards or Rift Fragments. Bone Chill event is from Dec 9-23 https://deadbydaylight.com/en/news/adventcalendar2021 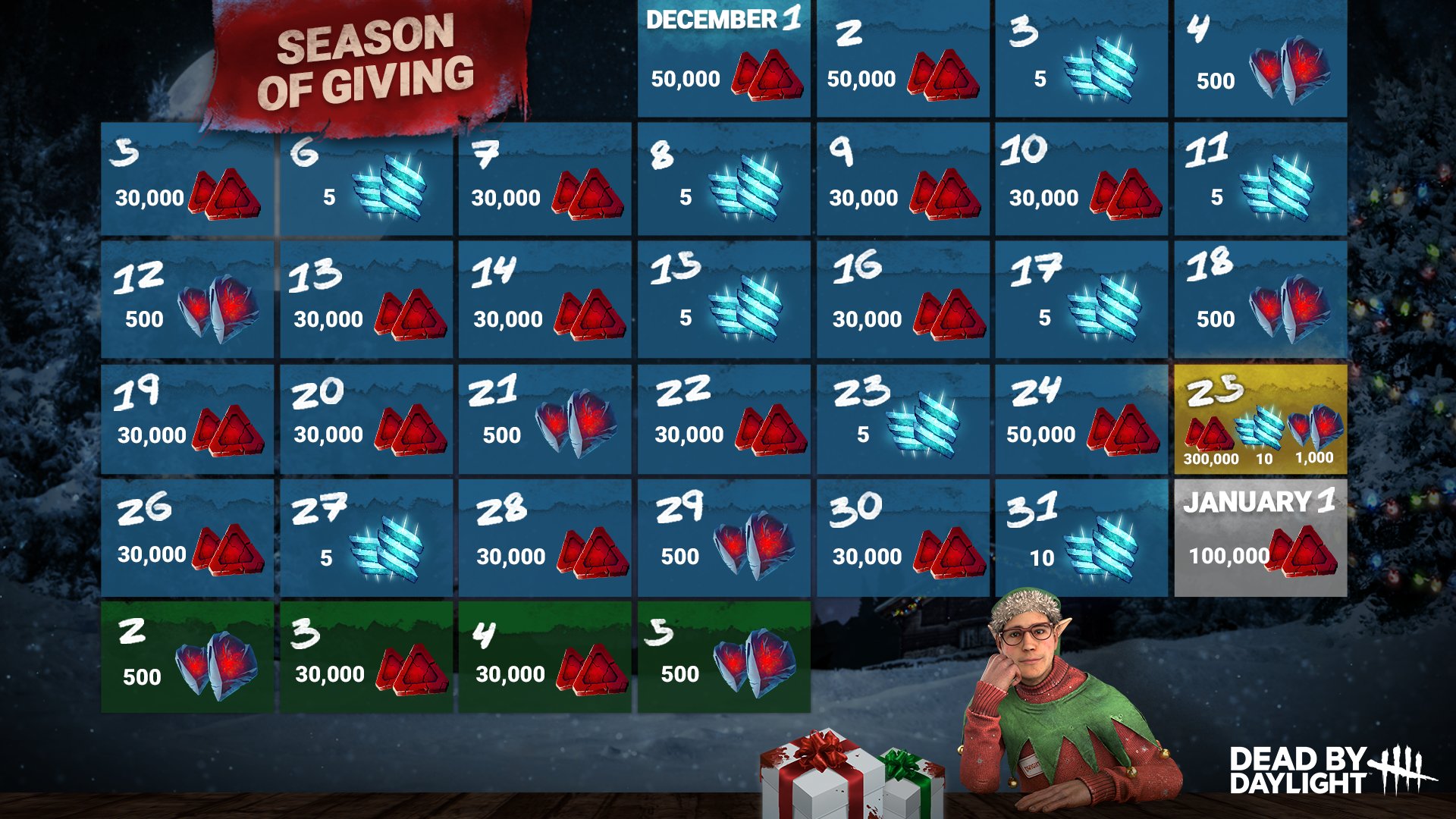