save errors on pc

I have been experiencing an error when I play killer, namely when I use the blood web. It has been affecting my matches, kicking me from the game claiming "I have been signed out of my account.", or I will get the error code: 300. This has happened so much that at first, I thought it was just "DBD being DBD, however now that I have lost a potential 100k of Blood points and have had to restart the same blood web. 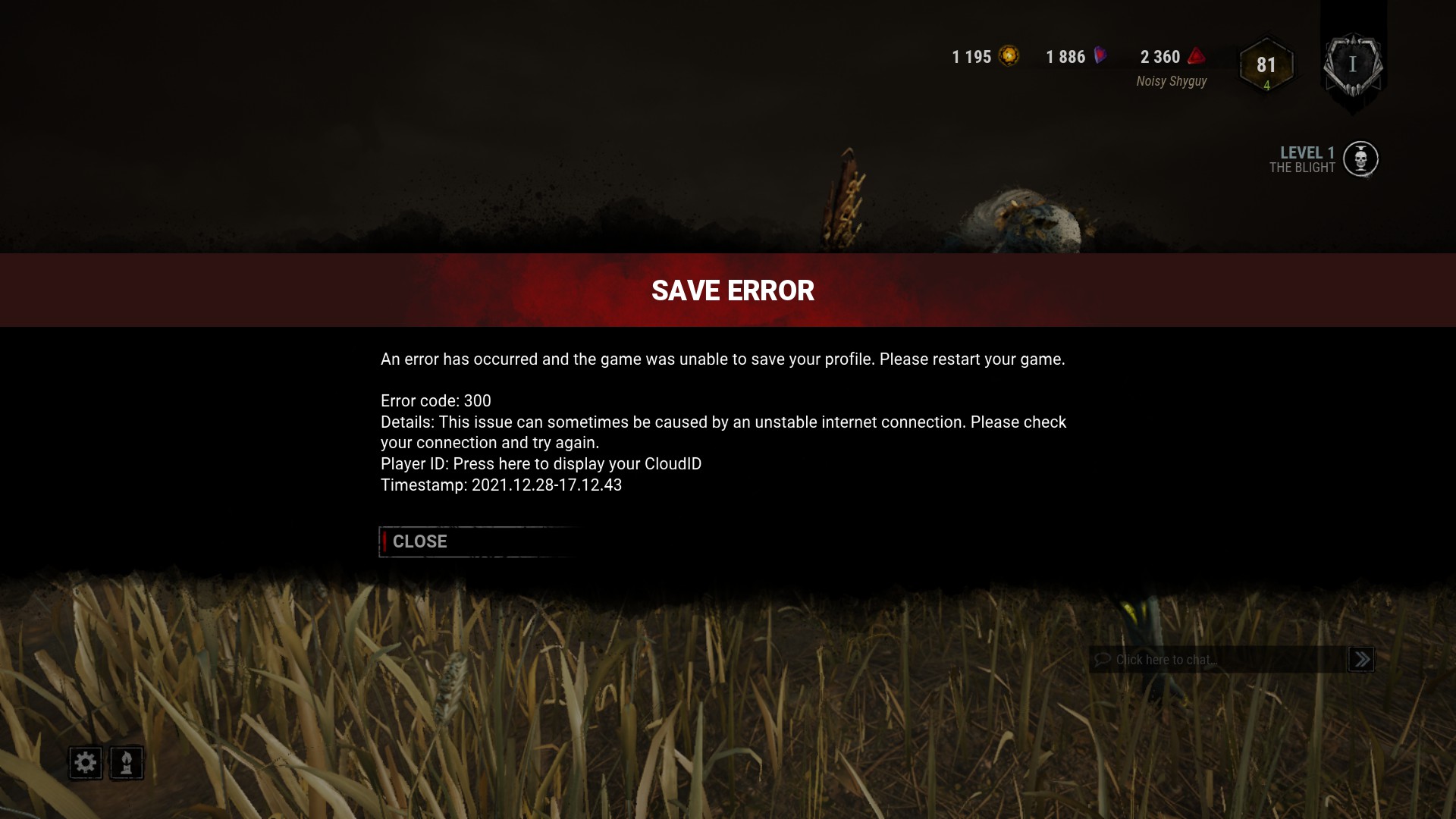 I should not be an internet connection issues since I have YouTube playing in the background or will have a friend on discord talking to me while I play the game.

I'm not wanting my blood points back (it would be great if I could, but I do not have an exact number and don't want to overshoot how much I have actually lost.) I just want to play the game even if I am not the best player.