What if the assassin managed to lock survivors outside, forcing them to make a choice: escape or wait to try and save another survivor.

We know we have the Blood Warden, which locks survivors inside the map, but we still don't have something that locks them in that smaller space past the exit gates.

So I thought about this perk, which still fights with a new mechanic: The gate hitbox. I thought this way: When the assassin activates the perk the switch lights turn green and they flash, the gate closes as fast as the doors in Dead Space.

If combing with Blood Warden, the assassin literally owns a box, where, if hooked in the correct order, they trap survivors until the gate opens at the end of time.

What did you think guys? 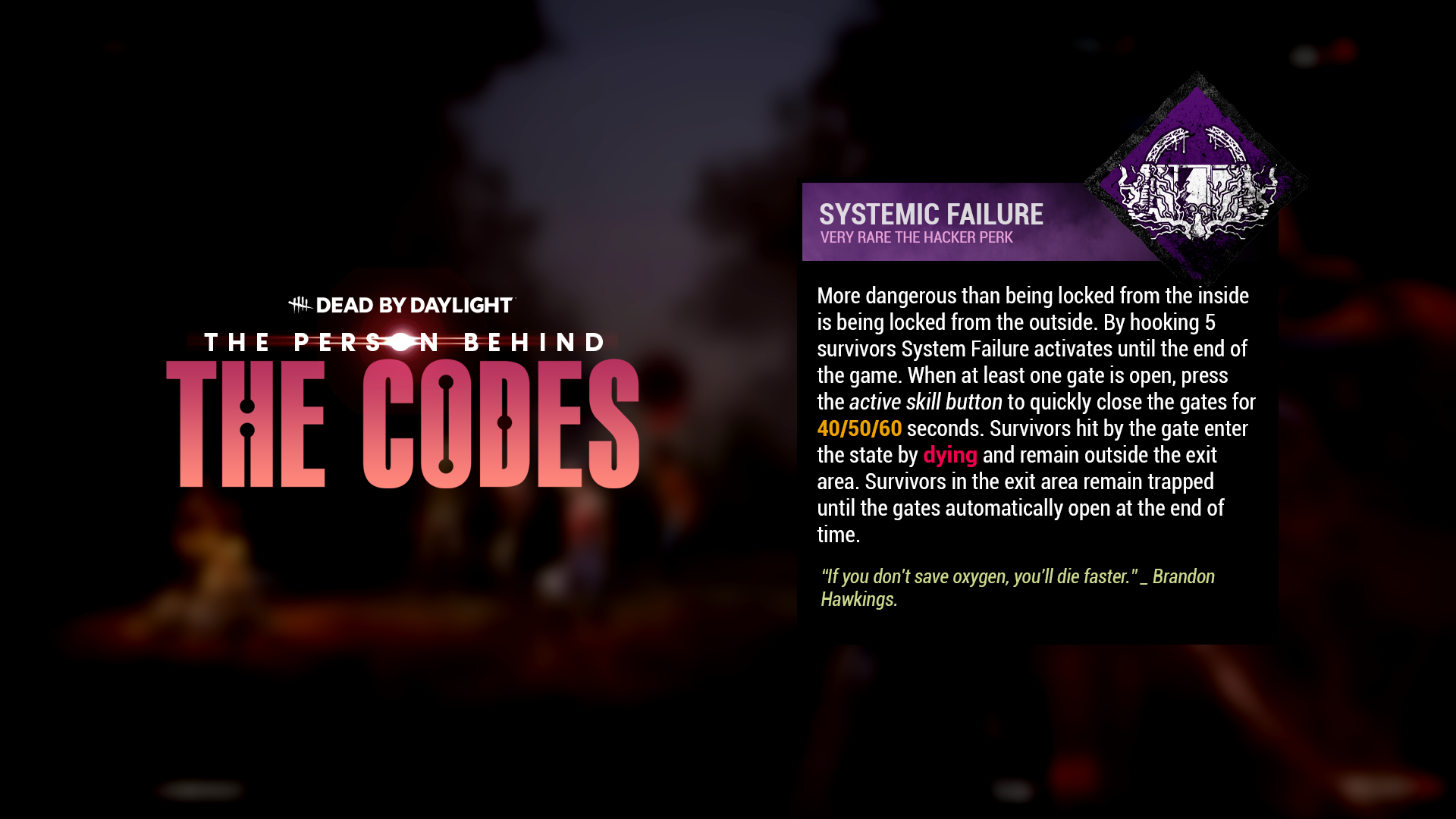 PS.: The survivors can leave partie, just can't get inside map until the effect is active.