Deliverance - After self unhook floating around the map in hooked animation

On PS4 after using Deliverance to unhook myself the character remained in a floating hooked animation.

During walk, run, crouch, downed, repair and self heal the character would not leave the hook animation for the rest of the match.

The animation was replaced only when entering a locker or being carried by the killer.

I do not know how the other players perceived my character in this state.
I assume that for them my character looked normal based on how they interacted with it.
Still, it was impossible for me to know if crouch would hide me because the character showed as floating.
Because of that I pretty much run around in a panicked state... 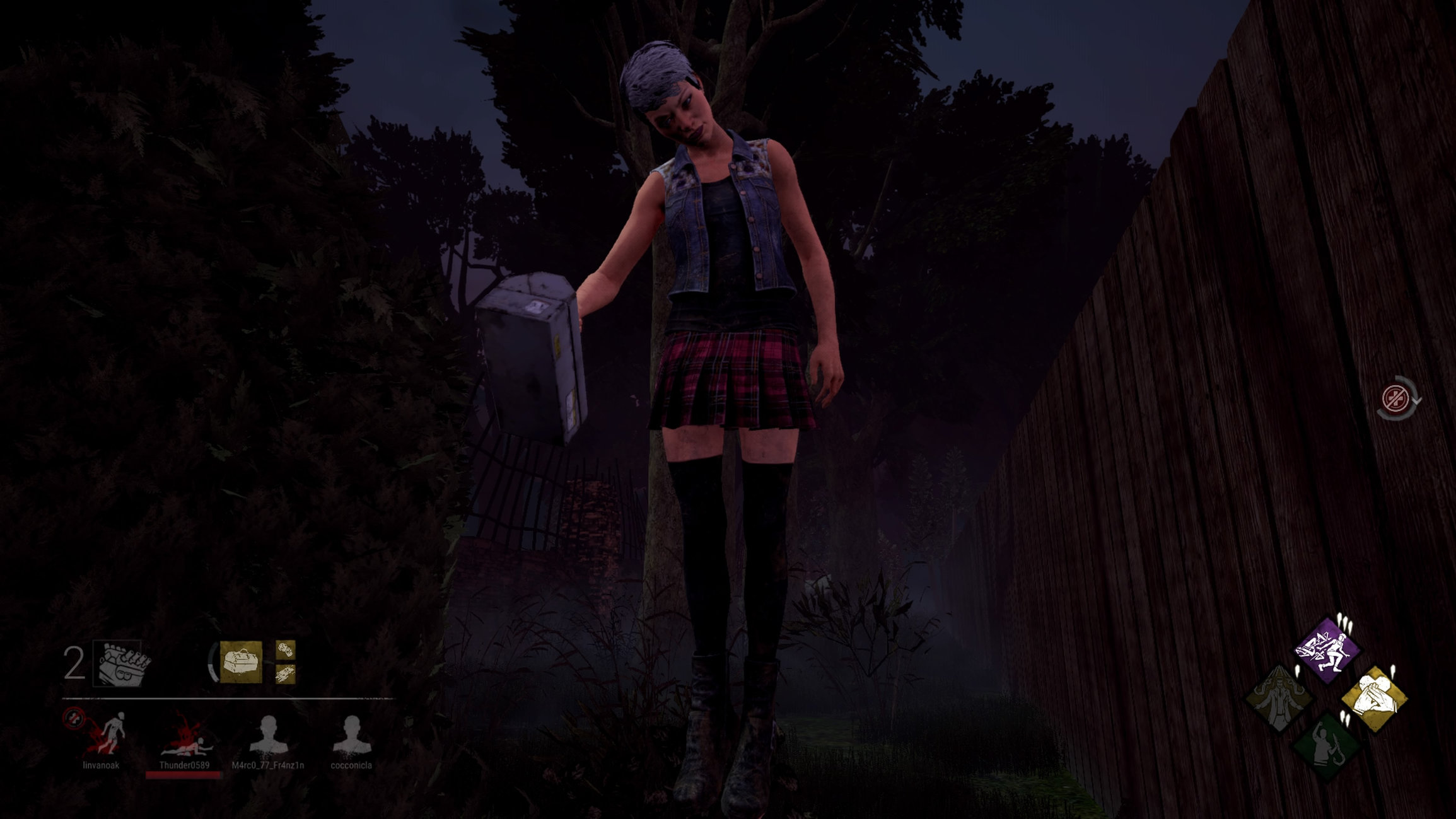 I tried to repair a generator while in the Broken state. 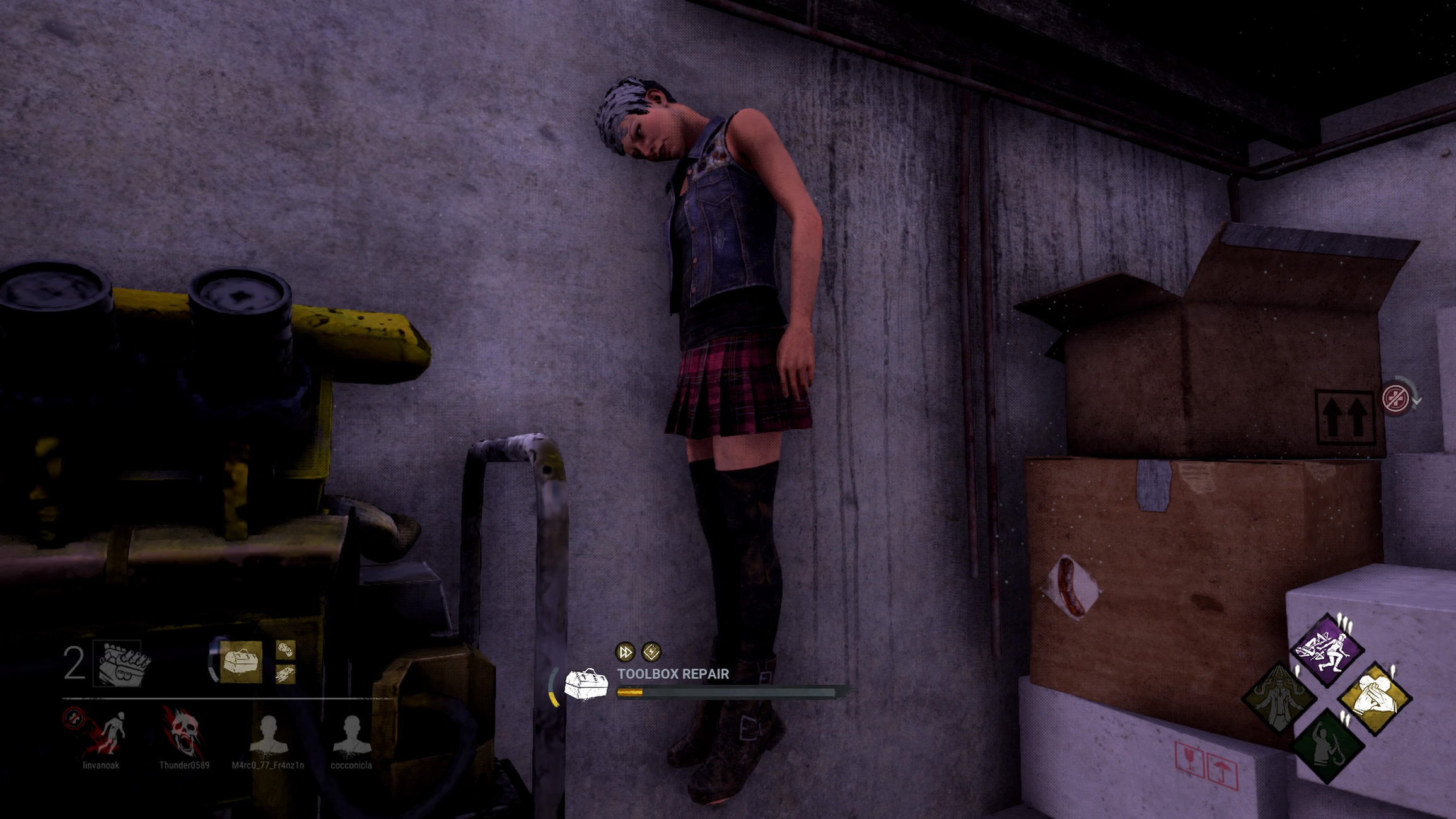 I was found by the killer and slugged.
I was able to crawl across the map in this floating stance and get healed out of the dying state by another player.
The player run away so I stayed in the injured state.
I proceeded to search for a med kit.
The match ended for me when the killer found me trying to heal in the basement. 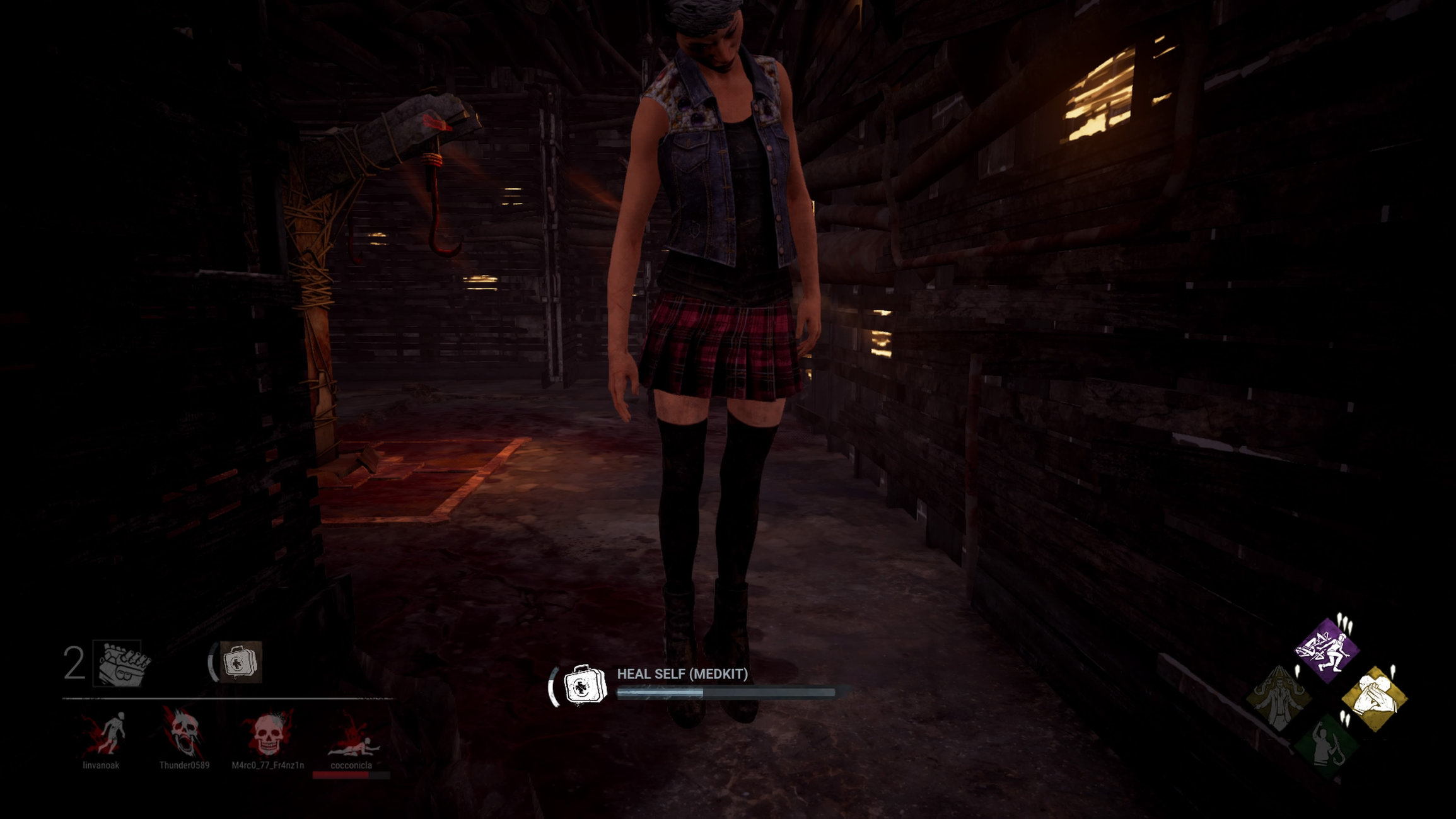 This whole encounter reminded me somewhat of the "bent neck lady".
I was not able to reproduce this yet.