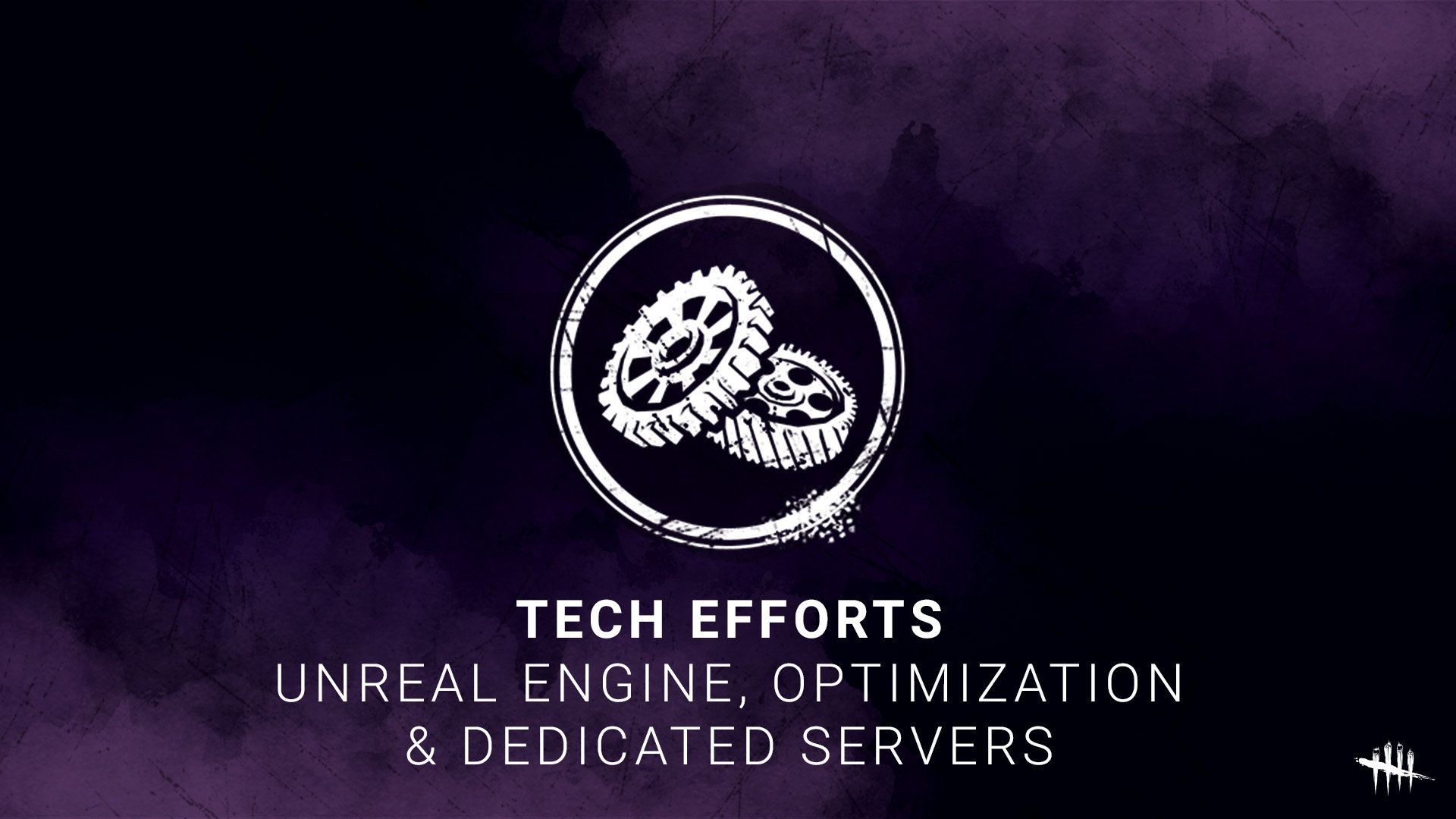 We’d like to give you visibility on the various tech initiatives we’re pursuing (some of which we have already pushed in the most recent update). These initiatives will help us improve on the game’s health, fix ongoing issues, and, ultimately, improve your experience.

Over the past few months, our programming team has grown significantly. This has allowed us to create small “strike teams,” each tasked with a specific undertaking: game engine update, game performance optimization, dedicated servers, etc.
Before diving into the article, however, we want you to note that our tech roadmap is ongoing; each initiative is in a state of constant evolution. We may experience major wins (hopefully very soon) like we may experience unexpected regressions.

Also, it’s important to understand that some elements are not associated. For example, switching to dedicated servers won’t enhance the game performance and a pass of rendering optimization won’t necessarily reduce the lag you have when playing.

We hope this article clarifies where we’re investing our efforts.

In patch 2.4.0 (Darkness Among Us), we did a major engine update going from Unreal 4.13 to 4.20. This is a major leap that will be beneficial as it adds support for many new features (especially in audio, rendering and network optimization). We needed to update the engine to take advantage of new engine and editor features, in-engine performance and network code optimization.

Although we did notice some encouraging performance improvements, the update is causing some incompatibility issues with existing features (audio, FX). Our programmers are currently investigating these issues and it’s our top priority to fix them.

From now on, our engine updates will be more frequent and incremental. We will do our best to avoid big jumps and seek to be as up to date as possible with the latest version of Unreal 4.

Our goal is simple: improve FPS performance on all platforms. We will be doing a new pass of optimization next spring (patch tbc) and additional passes with upcoming patches after.

There are two main areas on which we are focusing the optimization efforts: gameplay and rendering.
For gameplay, we will be rewriting some features that are quite demanding on the CPU. For example, some gameplay features do constant checks (that are called “ticks”) to advance the gameplay simulation. These ticks take a toll on the process since many of them happen every single frame, even when it is not necessary to do so. It’s the difference between having an alarm clock set up or checking your watch all the time to see if it's time to get out of bed. We are working on getting that alarm clock. We want the CPU to work less but still reach the same end result. We will thus be converting a lot of existing code from blueprint scripting to C++ to achieve this.

For rendering, we are determining the bottlenecks that can be causing slowdowns on the GPU. We will tackle these bottlenecks by rewriting better algorithms and creating more efficient assets (VFX, mesh, textures, shaders). While we’re always looking at specific elements which are causing a decrease in framerate (killer or map specific issue for example), our biggest focus right now is on improving the baseline performance. The benefits will be smaller but will apply to all gameplay circumstances.

As announced at the Game Awards, dedicated servers are coming to Dead by Daylight with a target release of summer 2019. This will ensure a more reliable connection and a safer network environment. It's also a good timing for us to optimize the network bandwidth of the game which will help when we switch to dedicated servers.

We hope this blog post clarifies our tech roadmap for the upcoming year. This is of upmost priority for us and as you can see, we have a lot of initiatives to ensure a solid infrastructure for the years to come. Of course, this is an iterative process and there might some regressions at times. We are dedicated to Dead by Daylight and your passion drives us to keep pushing forward. Don’t hesitate to share your thoughts and feedback. Thank you for your patience.