Golden toolboxes and all related stuff about them

Hello there. I've already did this post in russian subforum. Now I decided to translate it and post here. Enjoy!

I bet, almost everyone seen golden toolbox in Haddonfield. That's not really surprising fact, since its the very first golden toolbox added in game. It happened in patch 1.2.1, when second chapter - Halloween chapter was released. Sweet times, when devs aren't really tryharded their way to hide them. After some time, they got more experienced and... well, you'll see.
Anyway, here it is. Just in case. 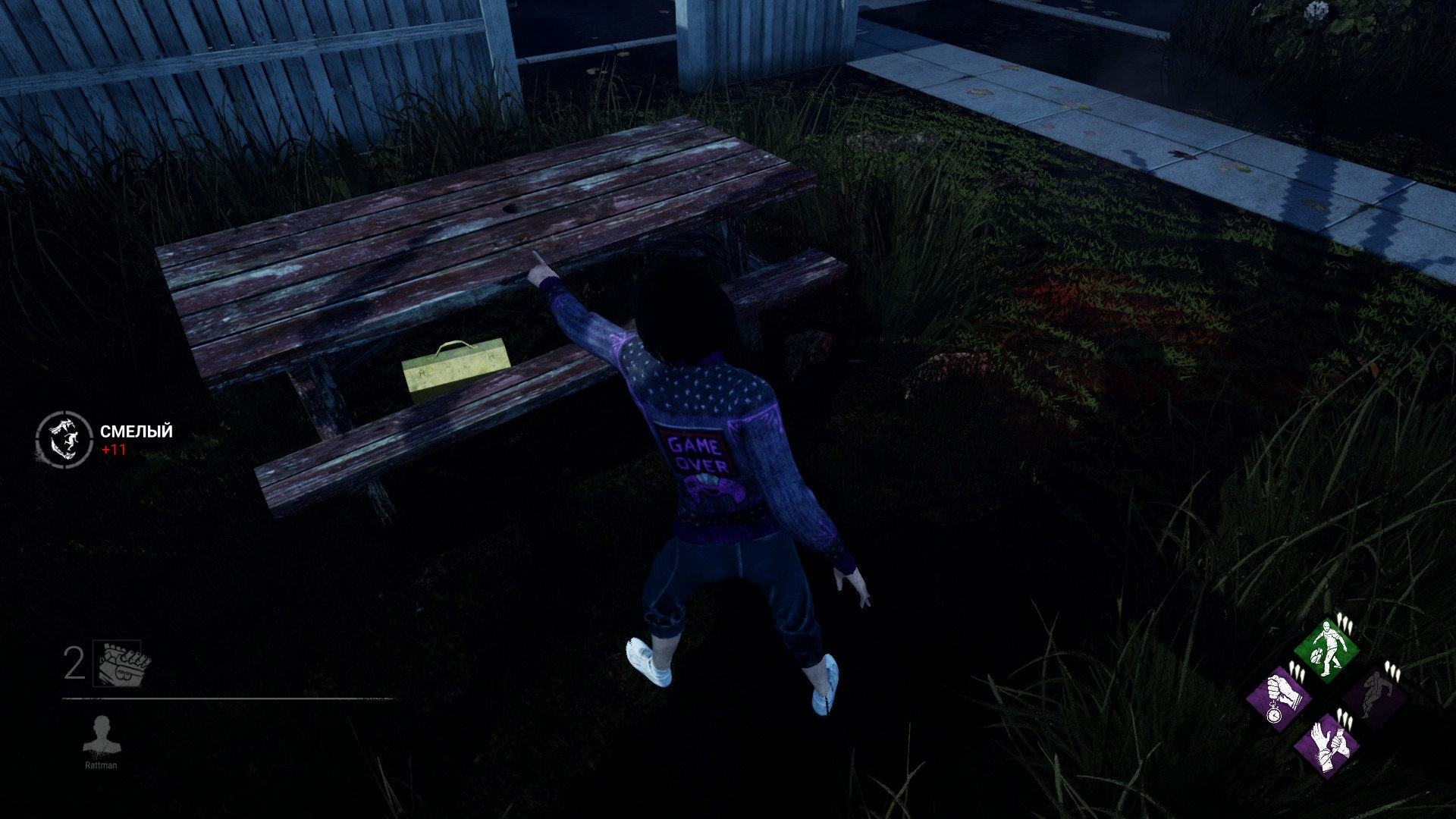 So yeah. After this patch, golden toolboxes appeared on every released map. Surprise, they were always there. Like Ruin and NOED in my survivor games.

In patch 1.4.1 Gas heaven was added into the game. You can find golden toolbox inside the pile of cars, which on the right from the entrance to the gas station. On the side, which closer to the center of the map. 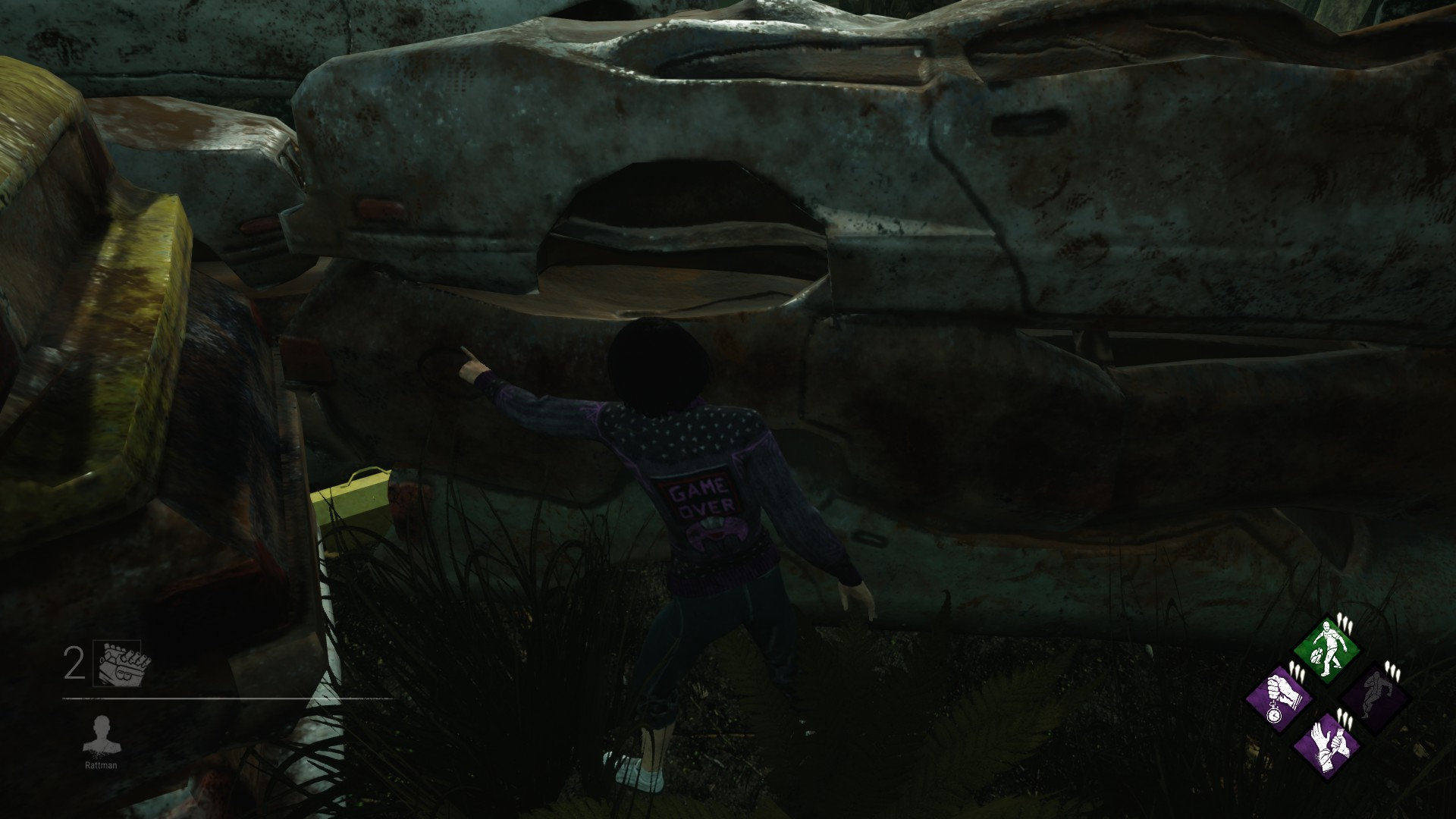 Thanks, Feng! Moving on.

Groaning Storehouse, which was added in patch 1.5.2c. Toolbox could be found in storehouse, you can see it between shelvings. Entrance to the basement on the right hand. Feng? 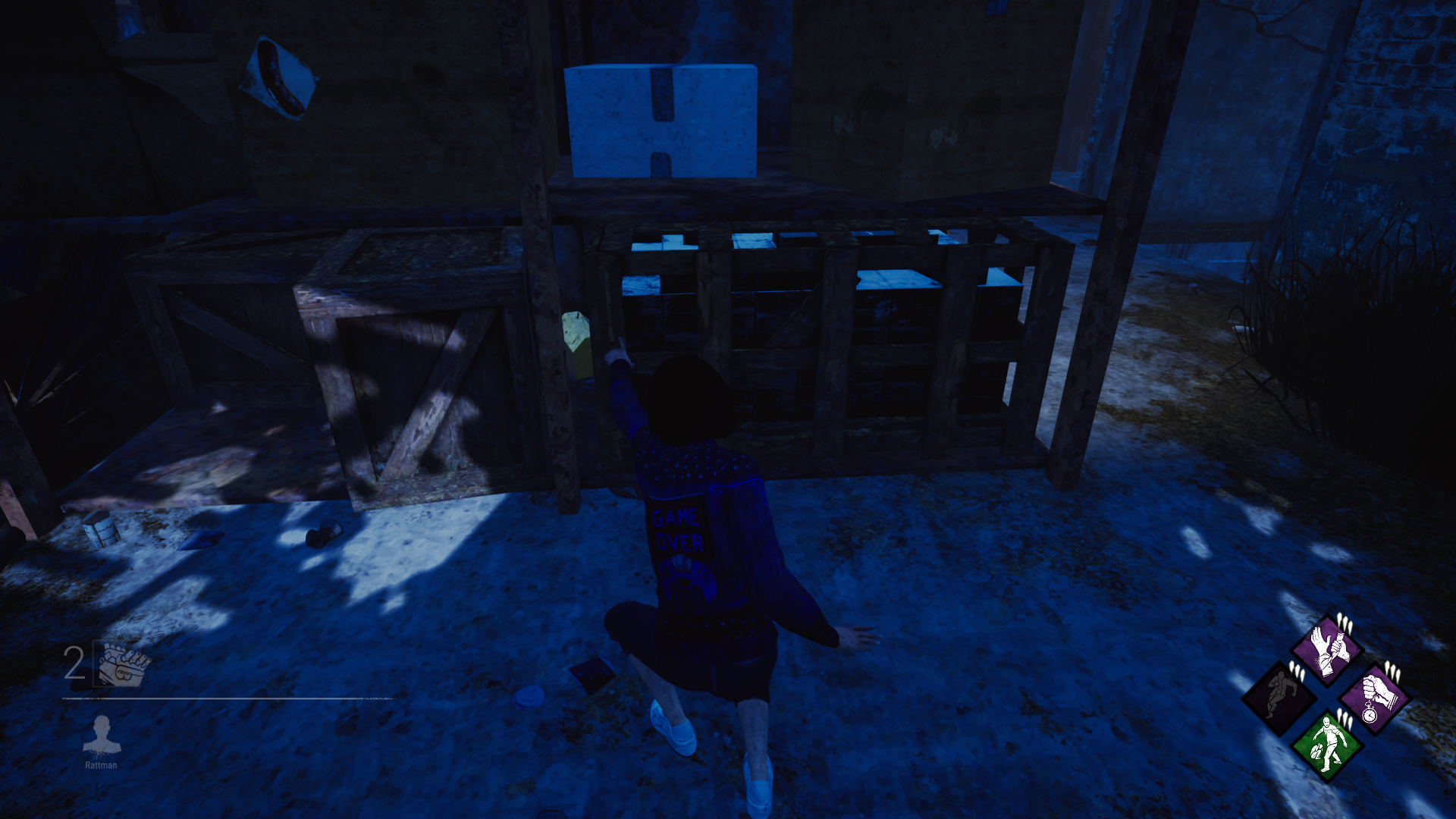 Nice. Moving to the 3-d chapter, From flesh and mud, which added Backwater swamp and 2 new maps. This one is a bit complicated. Internet says, there is golden toolbox somewhere in Grim Pantry, but I couldn't find it. Probably some parts of map were redesighned to adjust amount of pallets - toolbox was in construction near pallet in old versions of the game. Well, anyway, Iam not 100% sure. If someone knows current location and wanna help me find it in KYF session - I'll be very happy.
On Pale Rose PREVIOUSLY you could find toolbox somewhere in broken boat near to the center of the map. 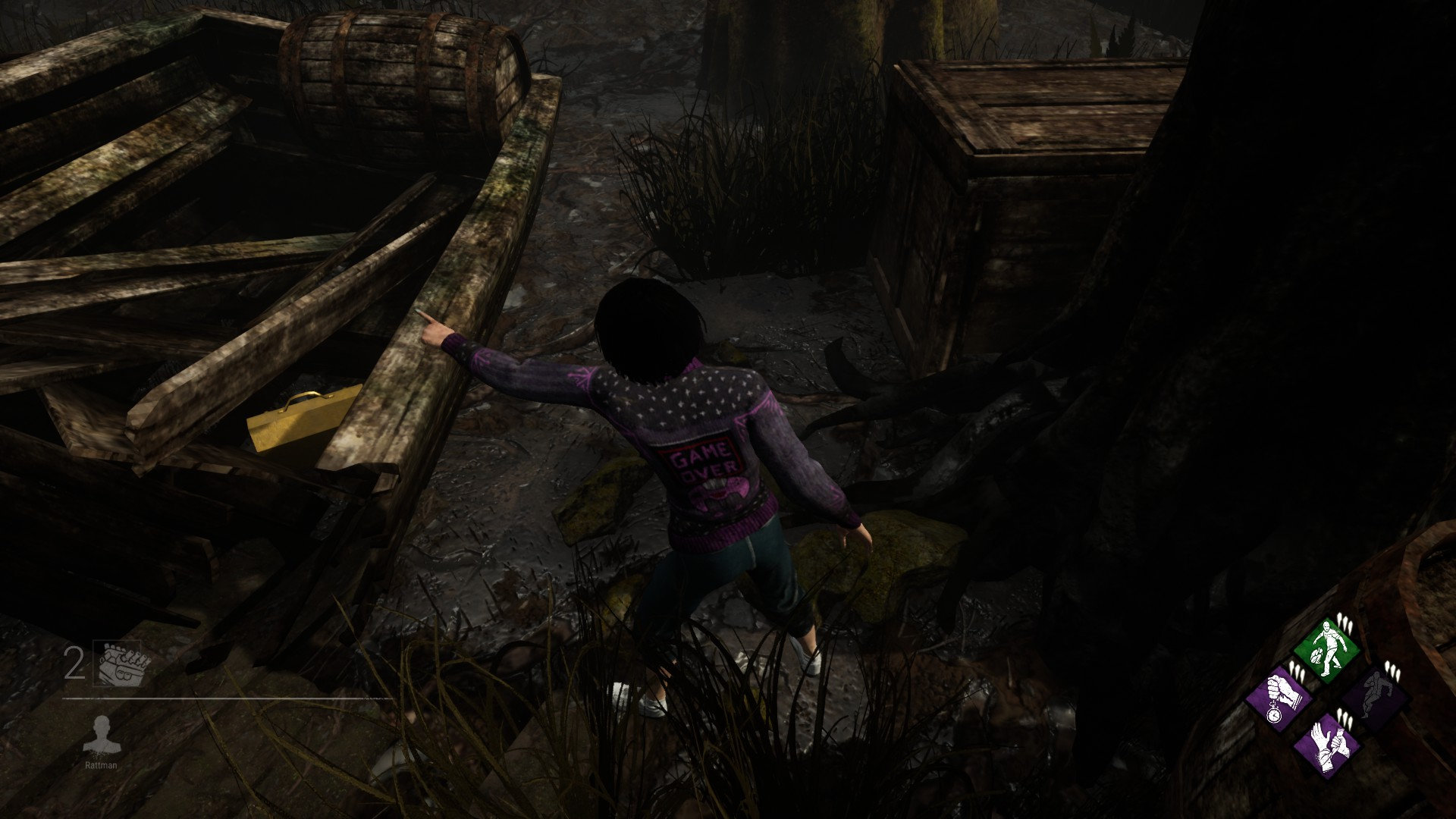 BUT NOW it's moved to Pale Rose. Feng is too busy reading through archives at the moment, so Amanda will show you. 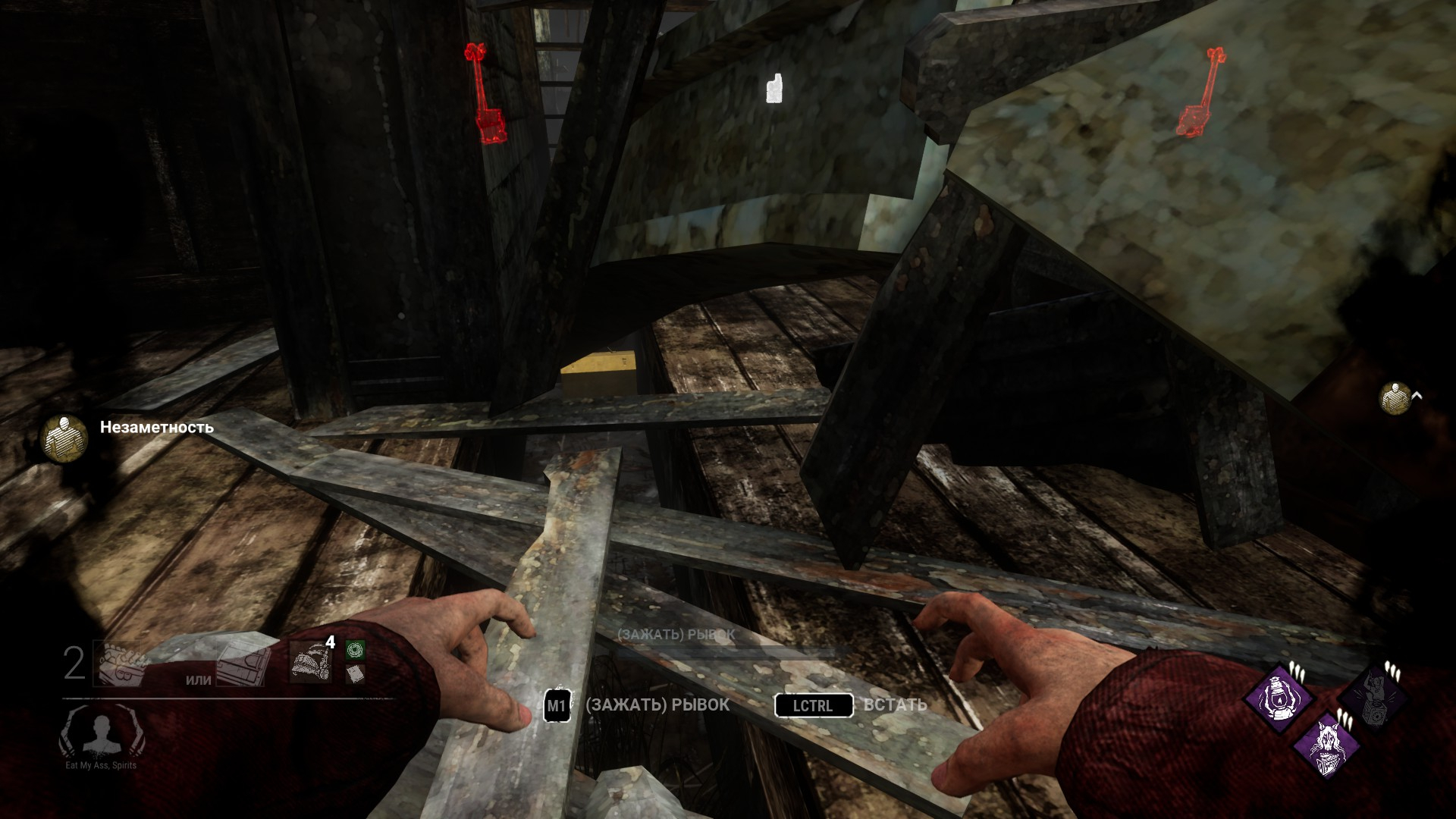 4-th chapter - Spark of Madness and Léry's Memorial Institute. By the way, cutest survivor was added to the game in this chapter. Yup, Feng, its about you. Show us toolbox, please. 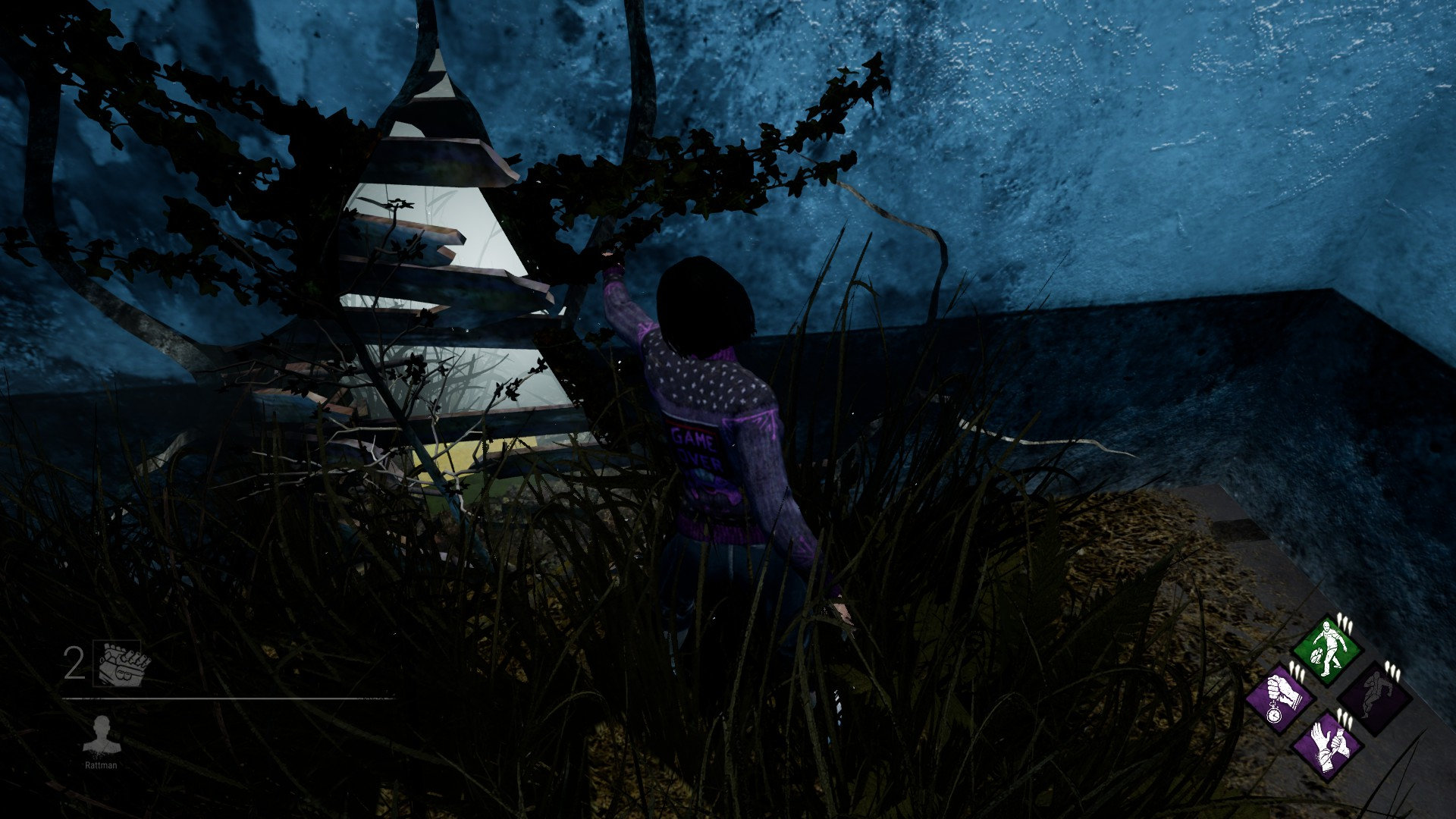 This one is easy to find - just make full circle around inner wall.

In 3.5.0 patch Léry's Memorial Institute got rework. So, same fate awaits for this post. New golden toolbox in this map located somewhere outside of the building. It could be seen through the hole in the wall under 4-seat bench. Looks like bench spawns every time in random location near inner wall.
Susie and Feng trying their best to show you. Wait, Susie, you trying a bit too hard! Ouch... 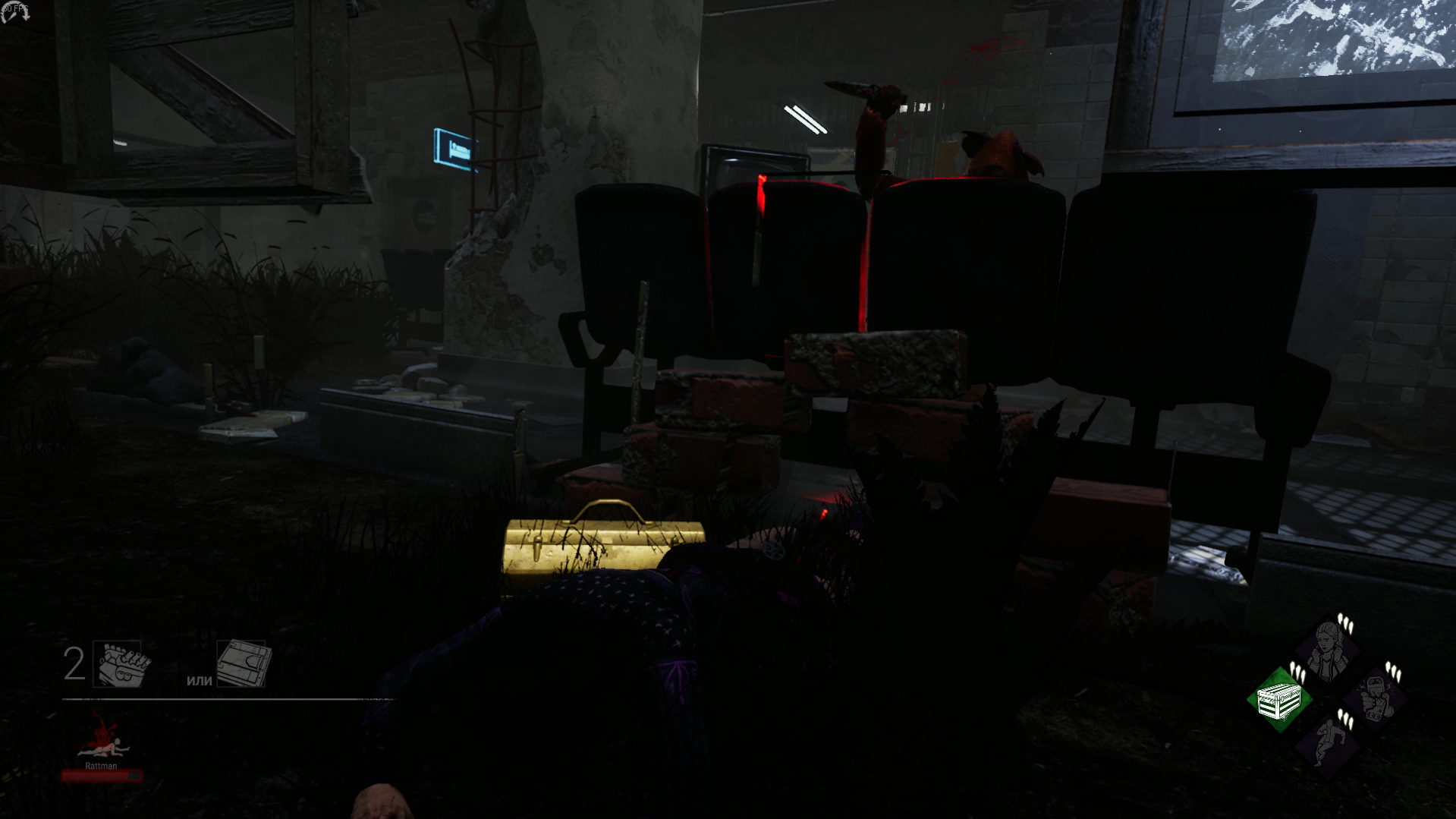 5-th chapter - Lullaby for the dark and Mother's Dwelling in Red Forest. Here we can see nice example how to hide something in plain sight. Toolbox is located inside 'Stonehenge'. Partially burried and hidden in grass. 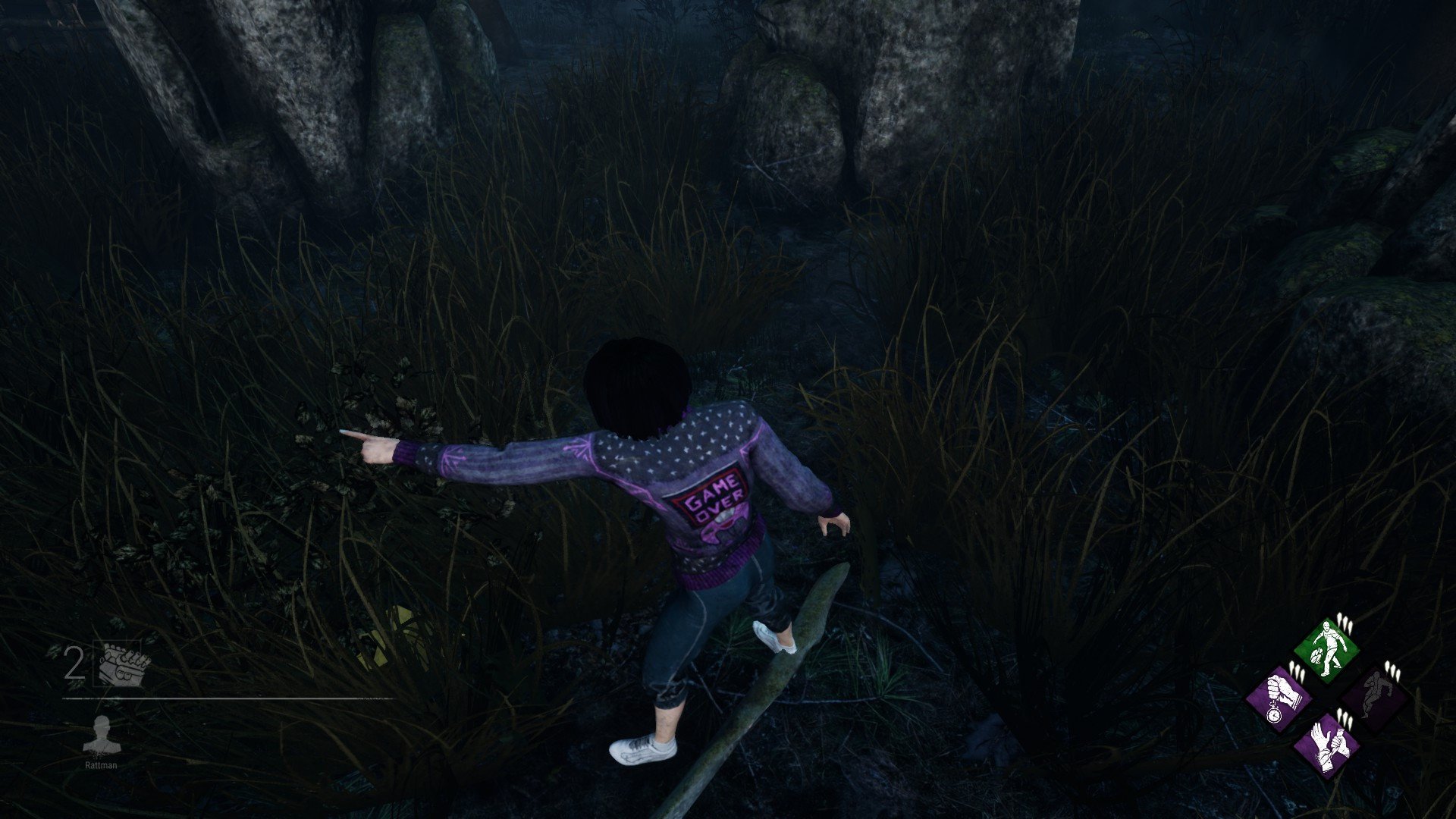 Moving to the 6-th chapter - Nightmare on the Elm Street and Badham Preschool. Toolbox is located inside the phone booth. You'll have to move your camera a bit to see it. 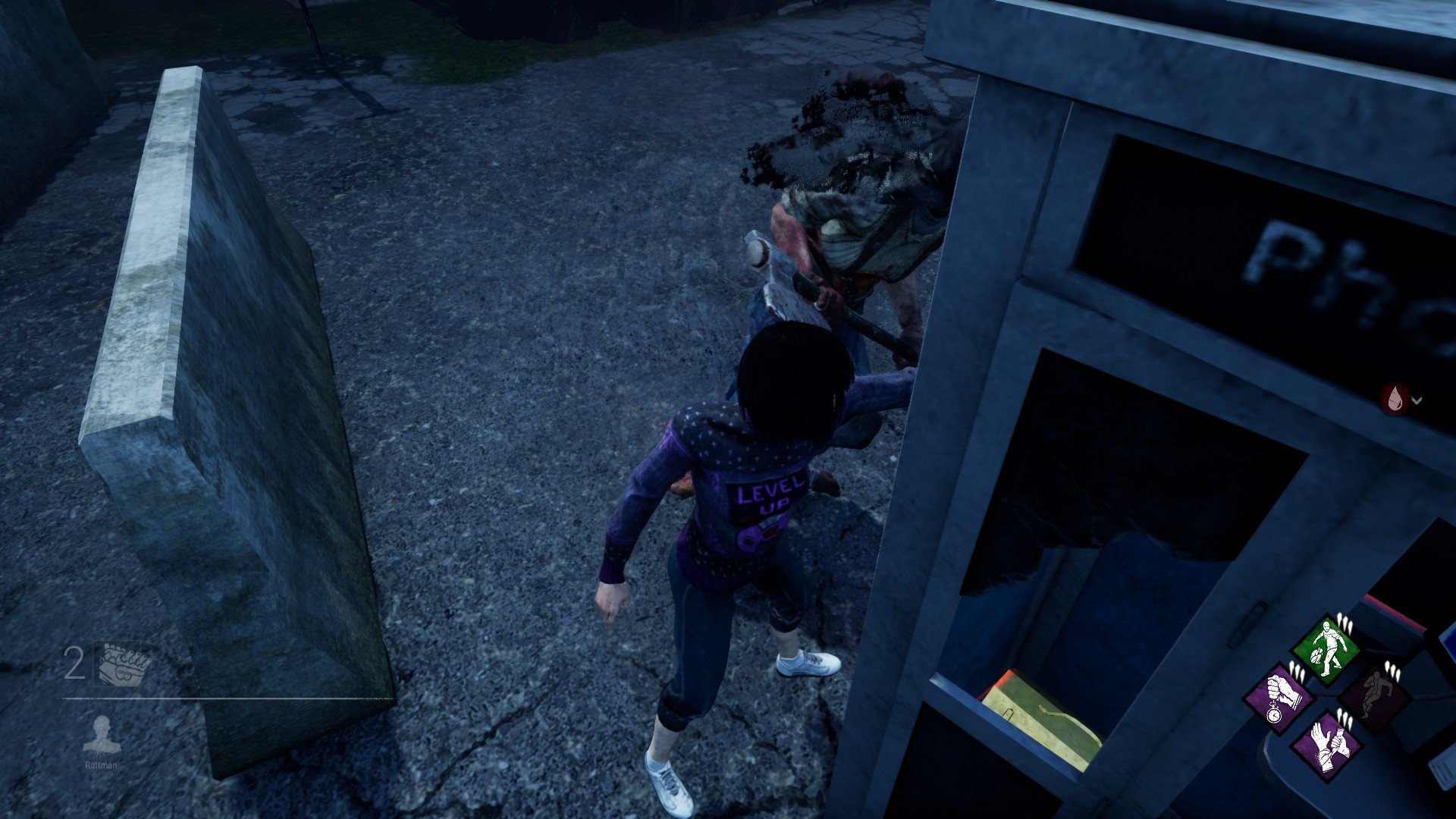 7-th Chapter - Saw and Gideon Meatplant. Toolbox is inside the room above bathroom. You can't really see it as killer, and you have to move your camera in really particular way to see it as survivor. Trust me, Feng, its there. 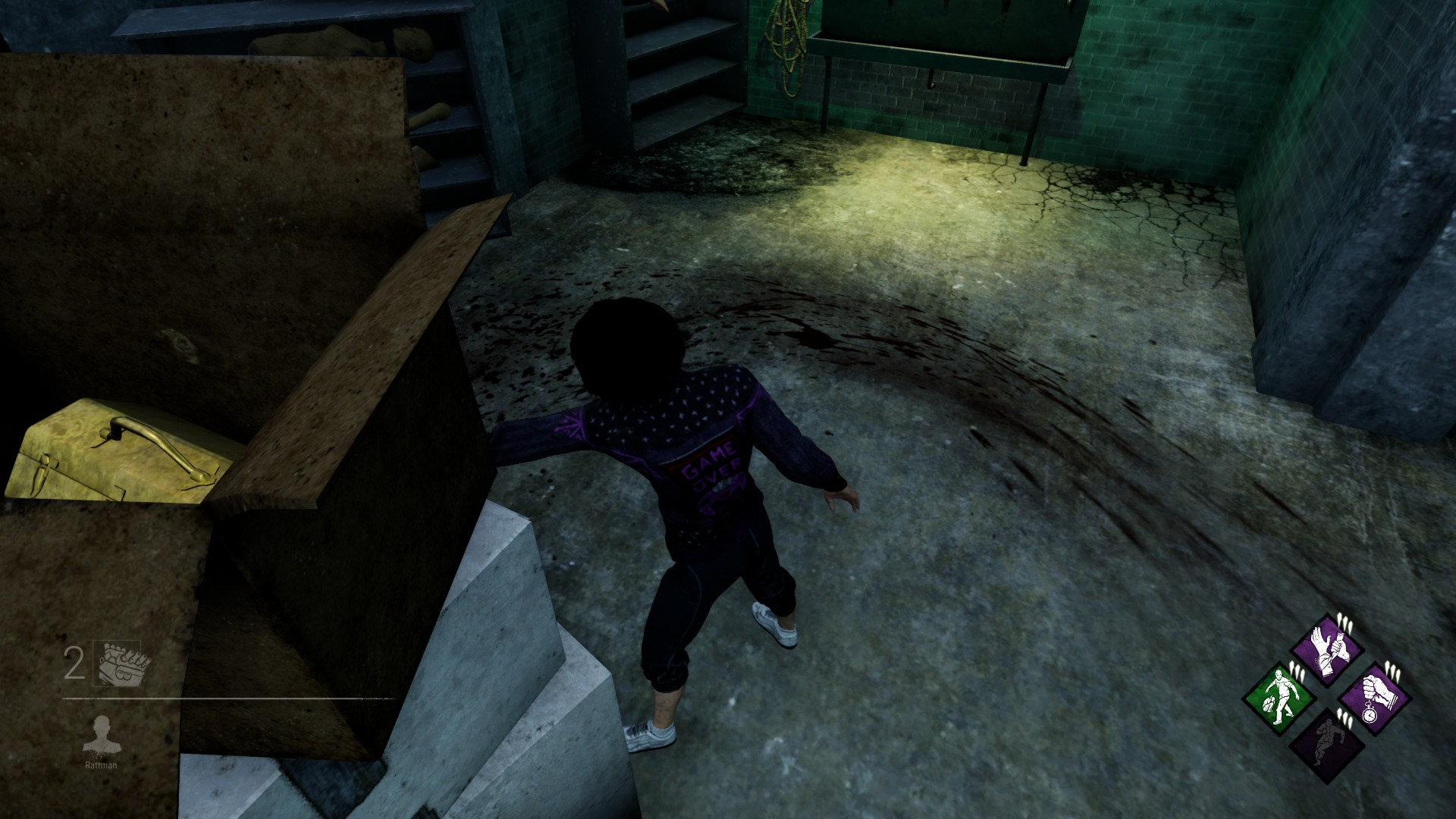 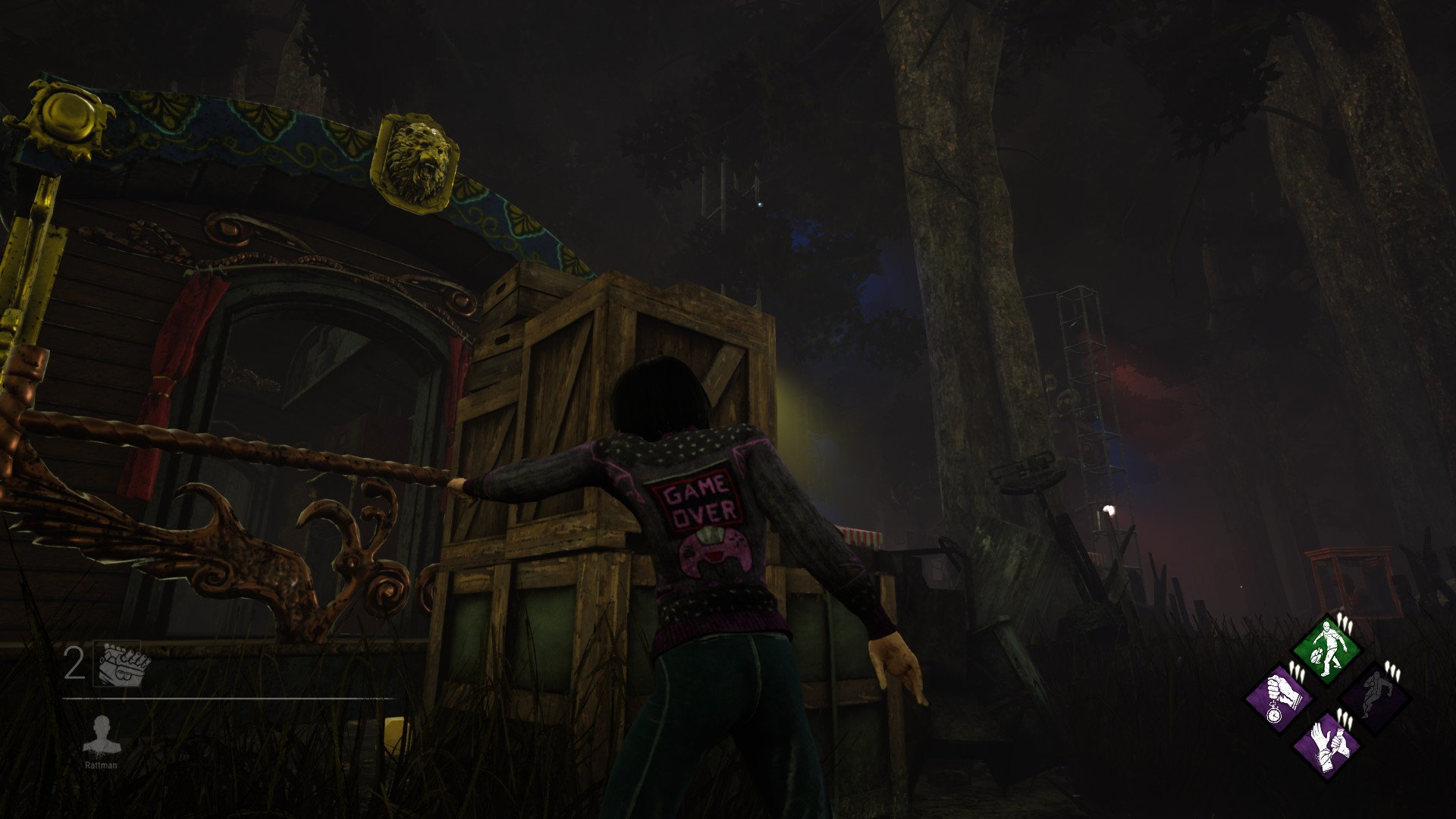 9-th chapter - Shattered Bloodline and Yamaoka Estate. Easy one. You can see toolbox under main building. 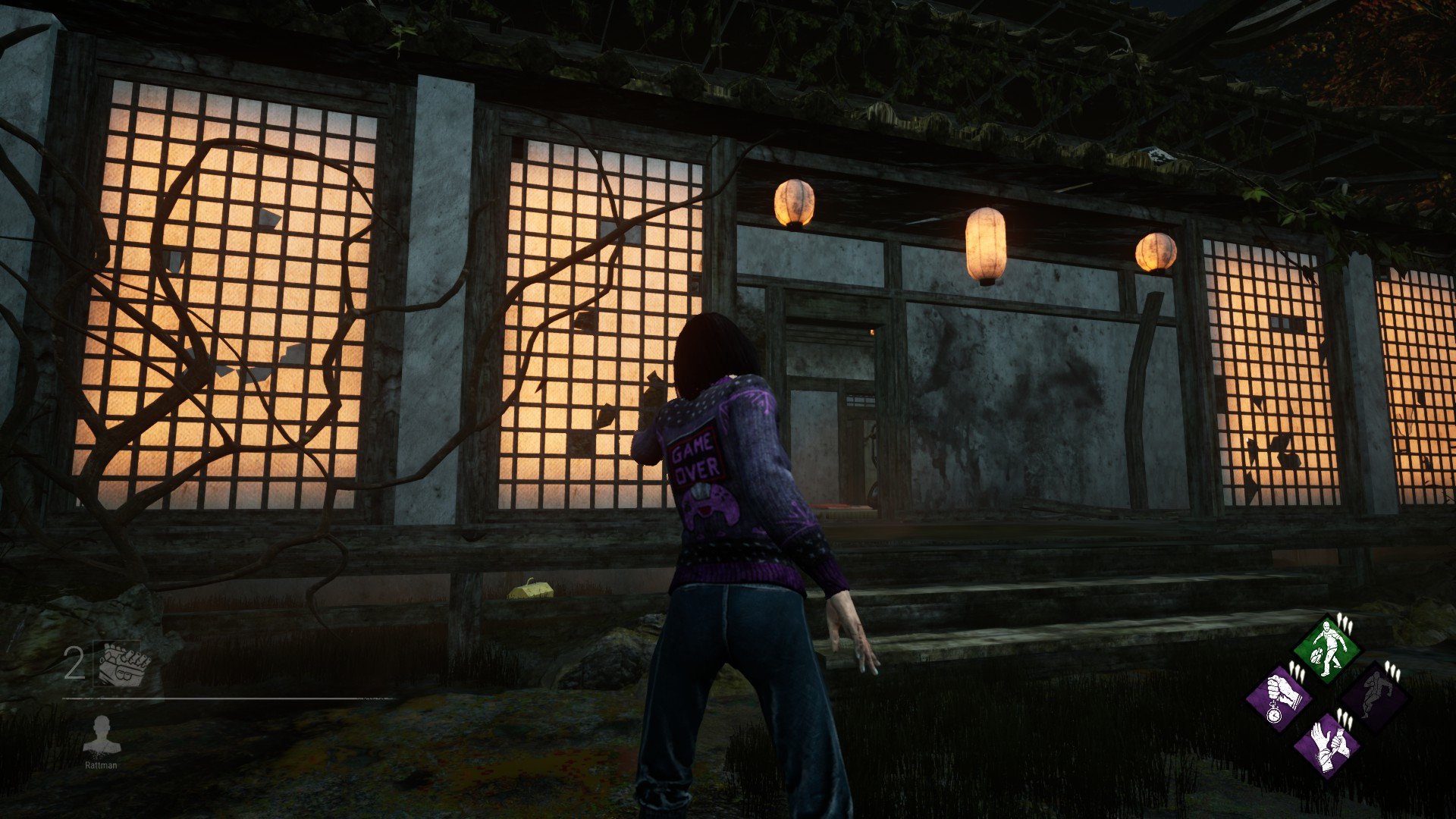 10-th chapter - Darkness among us and Mount Ormond Resort. Damn, this is hard one. Toolbox could be seen in abandoned house in the gap between boards. Even in screenshot its kinda hard to see, but it's there. And, well, now Feng have better sight than me, unlike 8-th chapter. 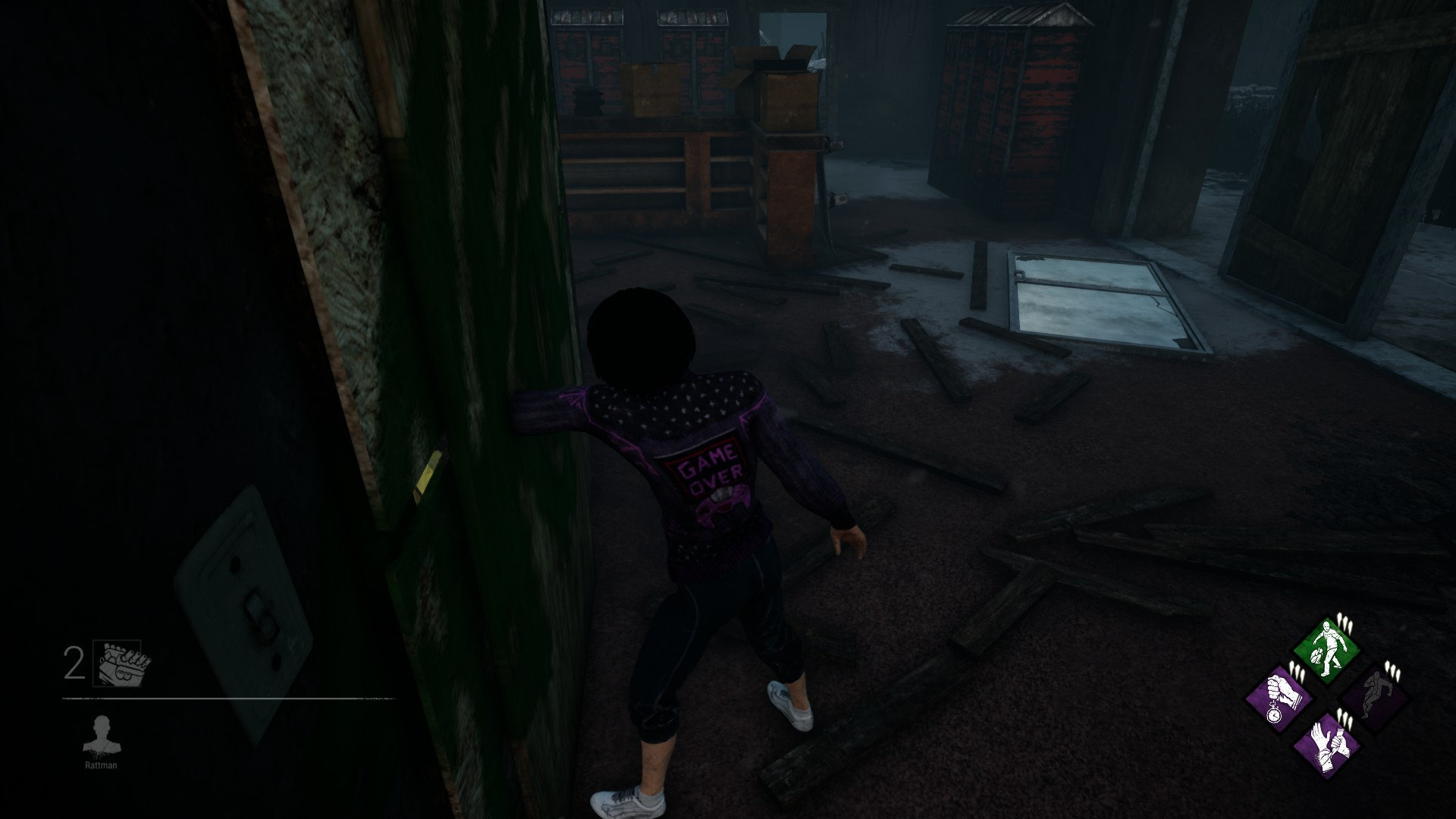 Pretty good job so far, Feng! Now, pull out your arm from the board, you can't take toolbox anyway.

Moving on to 13-th chapter - Stranger Things.
Finnaly, 2 months after release, some very mindfull and determined guys (well more determined than me, sadly) found golden toolbox on Hawkins National Lab. It was hidden inside container in the lift near Upside Down portal. They literally glitched through wall with Legion memento mori animation to see it. After some time they realised, that this toolbox was condition based: container slowly opens by itself, if you open up the gates. Funny thing (or shound I say "Strange thing"?), happened to me, when I tried it: for some reason me and my friend were able to see it only from killer perspective. So, well, we'll have to use Amanda's help once again. 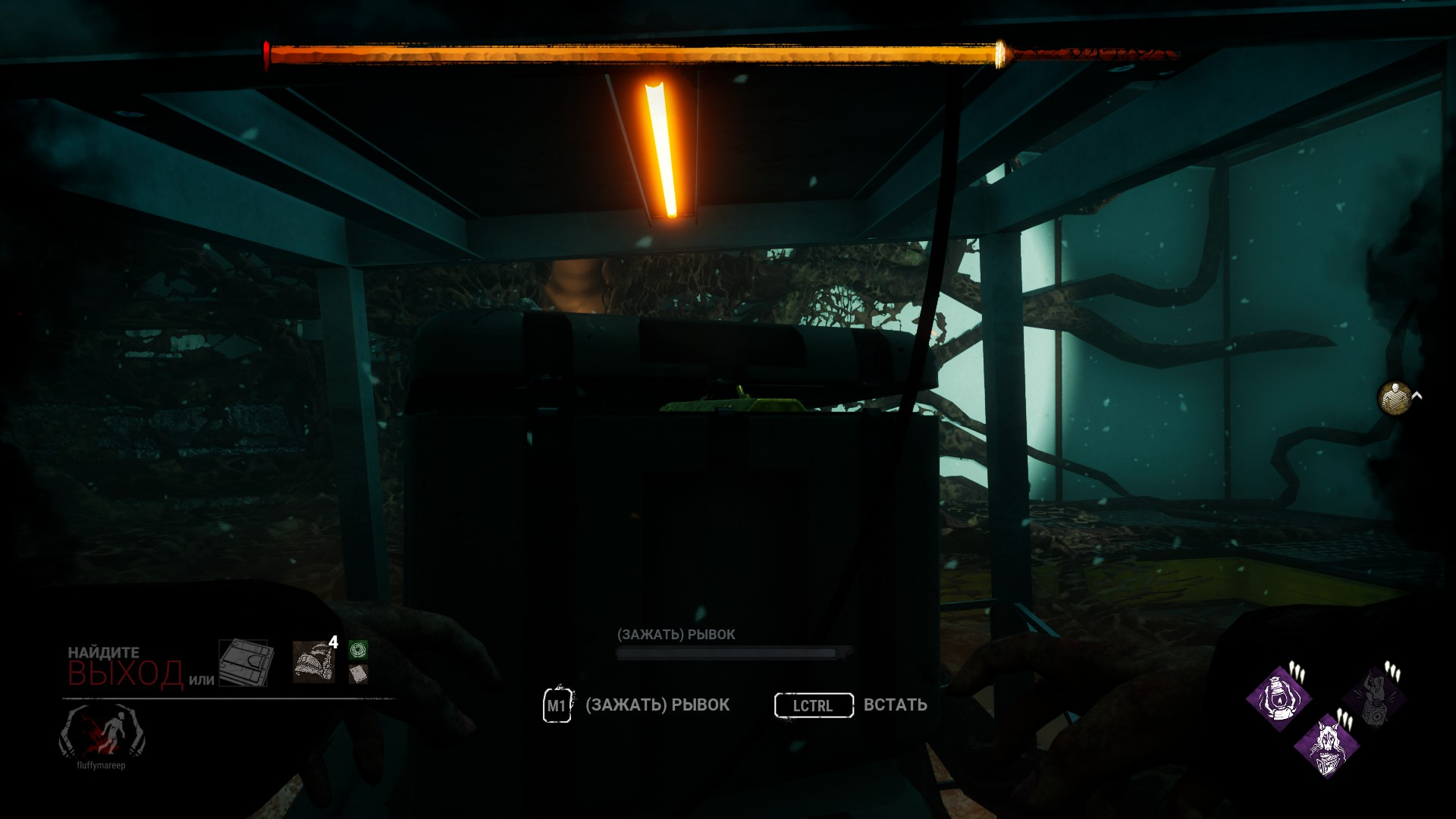 Turns out, THERE IS a golden toolbox in Coldwind Farm. It's in Fractured Cowshed and I randomly found it on Youtube. Well, technically, guy from the video found it first, but, gimme some credit, lmao. 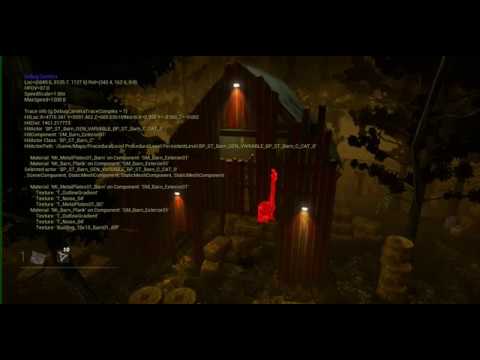 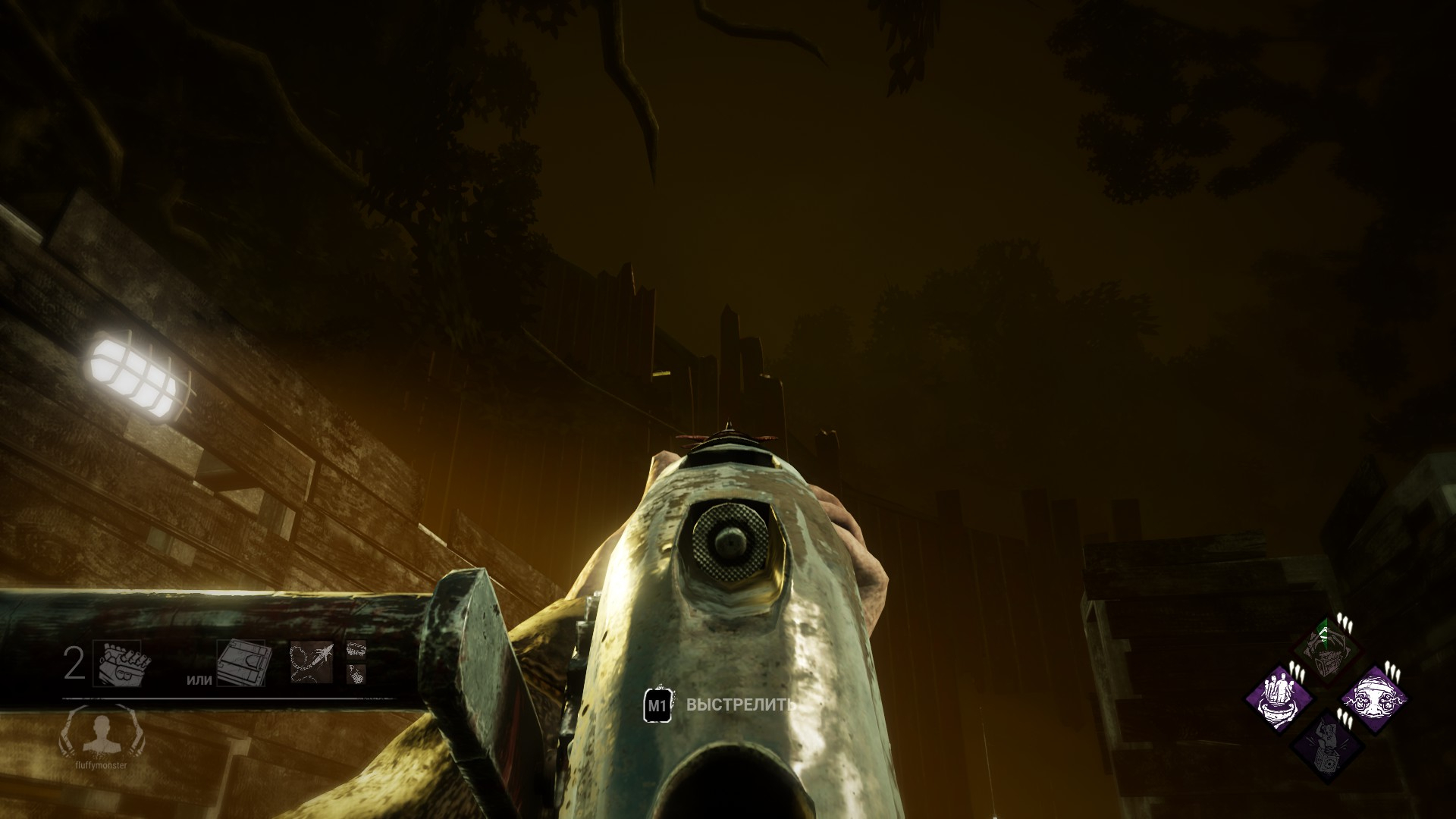 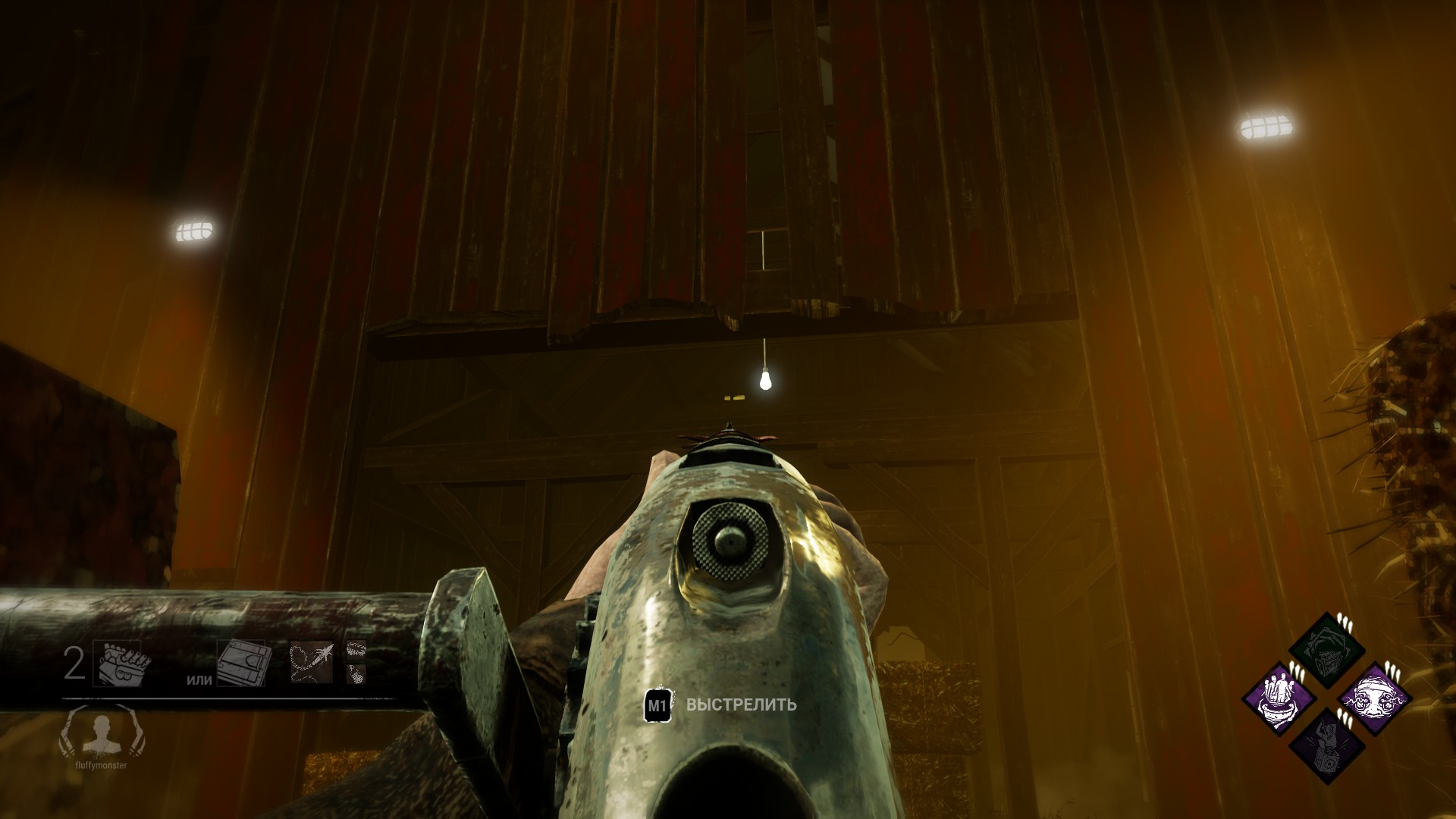 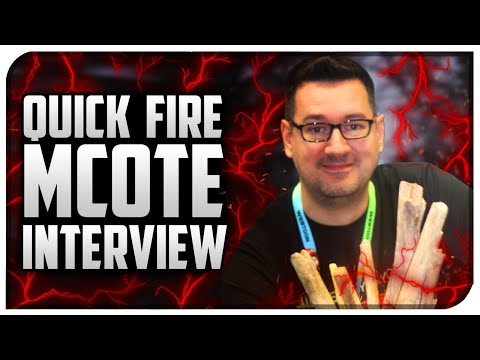 Chapter 15 - Dead Dawg Saloon". Golden toolbox is kinda found. Kinda. Players don't know how to see this toolbox in fair way. There might be some kind of trigger to it, some sequence of actions. Maybe. Maybe not and devs decided to hide it in absolute way. Anyway, noone knows except for the devs. Yet. 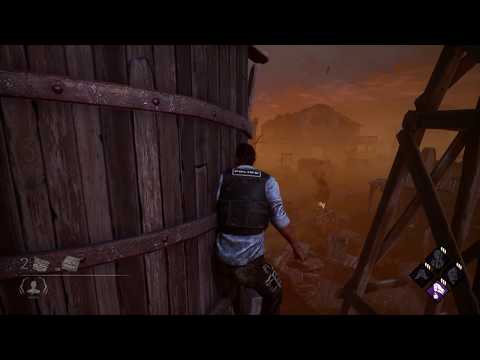 Firstly, poor replica of toolbox, which was created by Vigo. We know it as "Engineer's Toolbox".

"I've created tools beyond compare and stood paralysed as they were stolen from me. These are but a poor replica, spat out by the fog." - Vigo's Journal

Yeah, at some point Vigo created perfect tools, but why would they be golden? Well, that's not all, here is another hint.
Description of auric cells:

Very little is known of The Entity's biological workings and the exact purpose of the Auric Cell still eludes me. There are nevertheless strong correlations to be made between the Cell and The Entity's faculty to shape the world that imprisons us. Are they the primordial building blocks to everything we see within The Fog? Can we harness their power?

As we know, Vigo is really good in harnessing power in Entity world. Description of Vigo's Shroud proves it:

"I found marvels through the years in the fog, but only now do I understand how to bend the fog's irrefragable rules." -Vigo's Journal

Poor guy, even his shroud got stolen...

Well, anyway, my theory is going like this.
Vigo at some point understood how auric cells work. Using this knowledge, he created golden toolboxes from these cells. Material really implies on it. Right after, these toolboxes were stolen. By who? Here is the question. But, most likely, it weren't the killers - most of them are big and clumsy. At the same time, stolen toolboxes are hidden in places, which really hard to reach.

I made theory by well-known meme, and I think, my life is complete now.

Don't take this seriously. But, from the other hand, there is some truth in every joke.

See ya in the fog!