Home› Dead by Daylight Forums› News› General News
Attention Steam and EGS players: a quick hotfix will be going live today at 11AM ET to address file validation reliability. Thank you for your understanding! 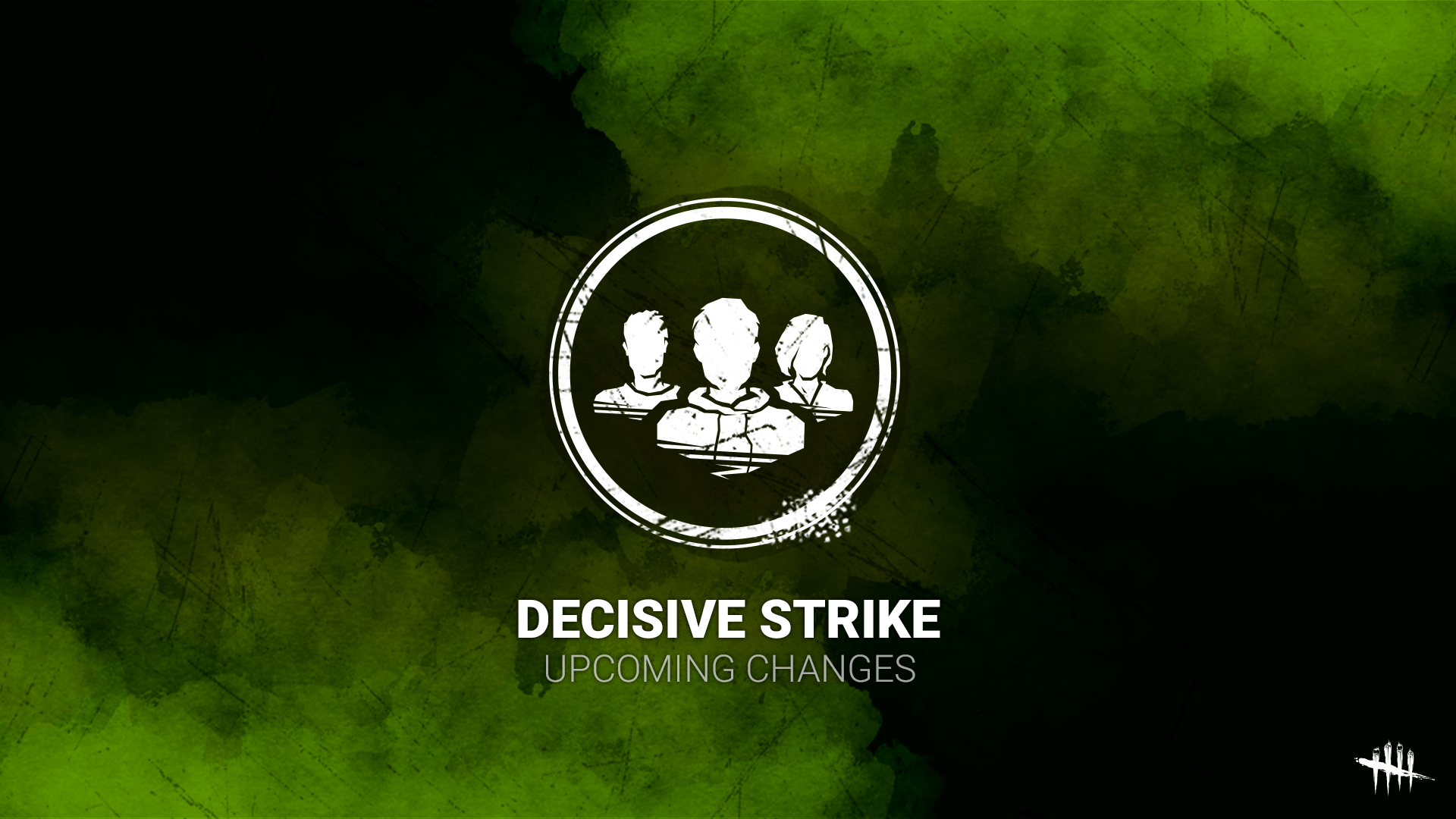 Decisive Strike is one of Laurie Strode’s unique perks, which was released with Chapter II: HALLOWEEN in October of 2016. We introduced Decisive Strike as a perk option to help give Survivors a second wind, and an opportunity to escape their inevitable demise.

Over the course of the last few years, Decisive Strike has been a point of contention amongst our community, and as a result, the perk has had an interesting journey since its inception.

Decisive Strike has gone through some minor changes to arrive at its current state. Additionally, we have also prototyped entire reworks of the perk, some that we previously spoke of with the community. Ultimately, most of these ideas were shelved as we felt that they did not retain the essence of the perk, nor did they provide an overall improvement to the current version.

To find a solution through which Decisive Strike would be valuable to our gameplay, we had to better understand our players’ irritations towards the perk. Here is a summary of our findings:

The New and Improved Decisive Strike 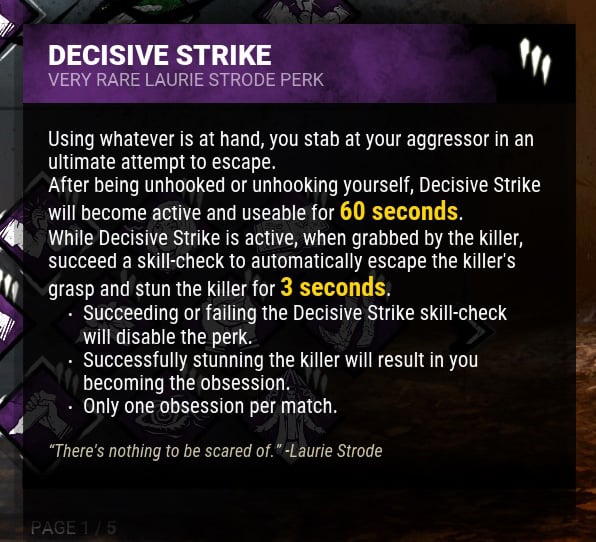 For the new iteration of Decisive Strike, we have introduced certain conditions and outcomes for using the perk, while retaining the core concept of providing a second chance at survival for those who successfully use it.

The trade-off for using Decisive Strike comes at the risk of suddenly becoming the Killer’s latest obsession. The concept of changing the obsession while a match is in progress is something completely new to Dead by Daylight and is sure to create some interesting situations when combined with other obsession perks.

We believe these changes should help enrich the player experience for both Killers and Survivors. We’re excited to get your feedback regarding our new and improved Decisive Strike perk.

These changes will be implemented in the next update.