Buffy The Vampire Slayer Survivor and Spike the Killer ideas...

So having seen a thread about these two or at least buffy, it got my creative brain going and I thought up this little idea for a Buffy survivor and Spike The Vampire as the killer.

So First The survivor: 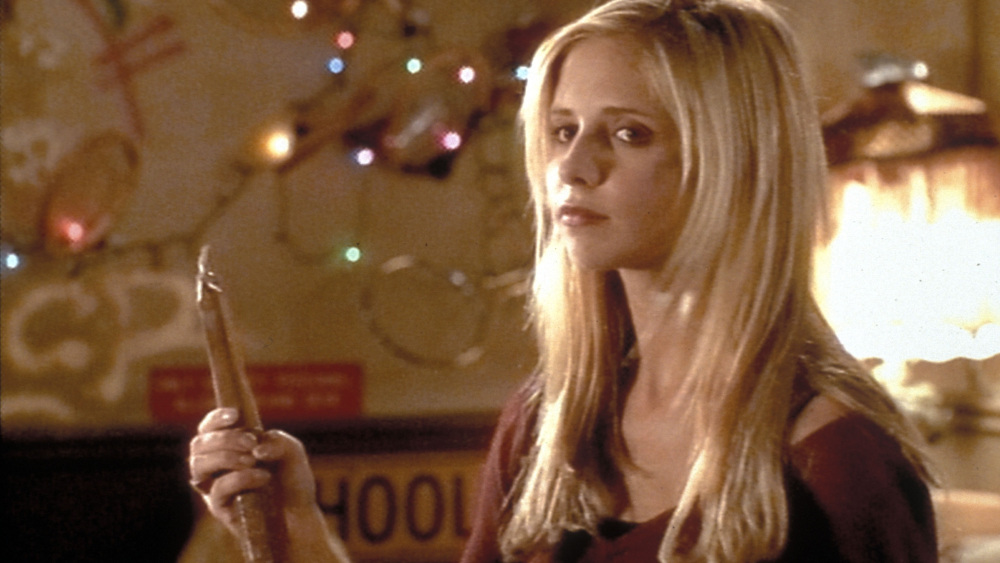 The strength of demons empowers you. When performing a fast vault while in a chase, if the killer is directly behind you, stun them for 3 seconds. Once used, you are exhausted for 60 seconds and can not use Demonic Strength again until the status wears off.(Doesn't work unless you have a full speed vault animation)

Years of hunting vampires and demons have given you a heightened sense of awareness to your surroundings. When repairing a generator while within the killers Terror Radius, you see their Aura for as long as they are in a chase with another survivor.

"It looks quiet down here, it's not." Buffy Summers

You may be in trouble but you've gotten out of far more dire situations than this! 30 seconds after the killer puts you on the hook, perform two tremendously difficult skillchecks, one success unhooks you, two successes unhooks you and breaks the hook for the remainder of the trial. (The success zone is the size of the great skillcheck zone during gen repairs)

"Power. I have it, they don't." Buffy Summers 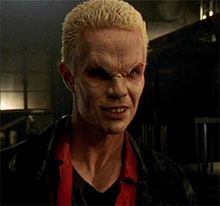 After putting a survivor into the dying state you make pick them up and begin feeding on them. As you feed, the Survivor struggles to free themselves from your grasp and performs 3 moderately difficult skillchecks. (the size of decisive strike's)

2 successful skill checks leaves the killer stunned for 1.5 seconds and the survivor is afflicted with the "Weakened" status effect.

1 successful skill check stuns the killer for 0.5 seconds and the survivor is afflicted with "Tier 2 Weakened"

0 successful skill checks means the survivor doesn't break out at all, is afflicted with "Tier 3 Weakened", and the killer gains the "Invigorated" status effect. After the action, the killer throws them back to the ground able to pick them up once more but can not feed on them again unless they are freed from a hook.

Tier 1: The survivor's movement speed is slowed by 3%

Tier 2: The Survivor's Movement Speed is slowed by 5%

Tier 3: When removed from the hook, the survivor has 10 seconds to mend themselves from a deep wounds status effect and their movement speed is reduced by 5%.

The Weakened status is removed when the survivor is healed to the healthy state.

Grants a movement speed boost for the remainder of the trial.

Your vampiric bloodlust allows you to sense nearby injured survivors. Shows the aura of injured survivors to the killer while they are within 8, 12, 16 meters of the killer. If afflicted with the Hemorrhage status effect the range is increased to 16, 20, 24 meters.

Being among the undead has given you unholy strength! When a survivor stuns you by any means, tap the attack button to lunge forward in an attempt to strike them down. If you connect, deal double damage to the survivor, if not, you are stunned for 5 seconds.

Your ability to move about society unnoticed has given you the ability to sneak up on your unsuspecting victims. If the survivor's camera is not focused on your position, they do not hear the heartbeat given off by your terror radius.