Home › PTB Feedback Archives › PTB Bug Reports
We are aware and looking into the issue which caused players to have their rank reset further than intended. If your rank was not reset at all this month, this is a visual bug and closing and re-opening the game should fix it.
We have updated our Forum Rules. Please take a moment to read through them: https://forum.deadbydaylight.com/en/discussion/87004/

The downed survivor stuck on a locker door glitch (PTB)

This game happened a few days ago. I was playing legion and I caught an injured Feng doing the open door animation on a locker that was occupied by Kate. I downed her WHILE the "open door animation in an occupied locker" was playing. I opened the locker to take Kate out so that I could drop on the floor so I could pick up the Feng instead.

I couldn't pick up the Feng.

The Feng wasn't moving at all, she just laid there in that position the entire time with her head sticking in front of the locker. She was likely stuck, but I cannot confirm that, however I certainly was not given the prompt to pick her up; Instead, I would just open the locker she was in front of. I was directly above her as I did this.

I called the other Kate over to heal her back up and THEN she moved.

So that is my bug report. I have a couples screenshots. This took place in Campbell's Church. 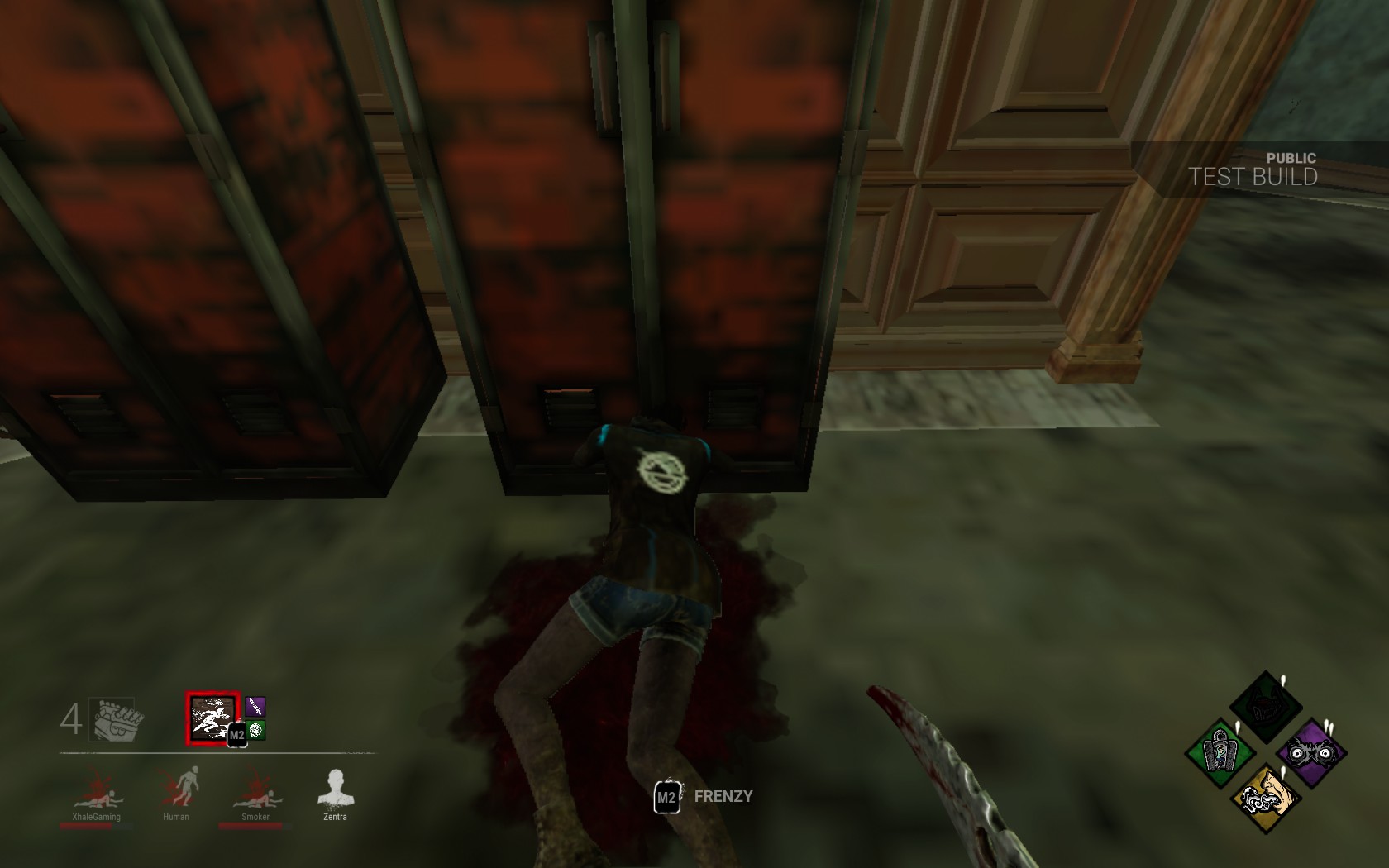 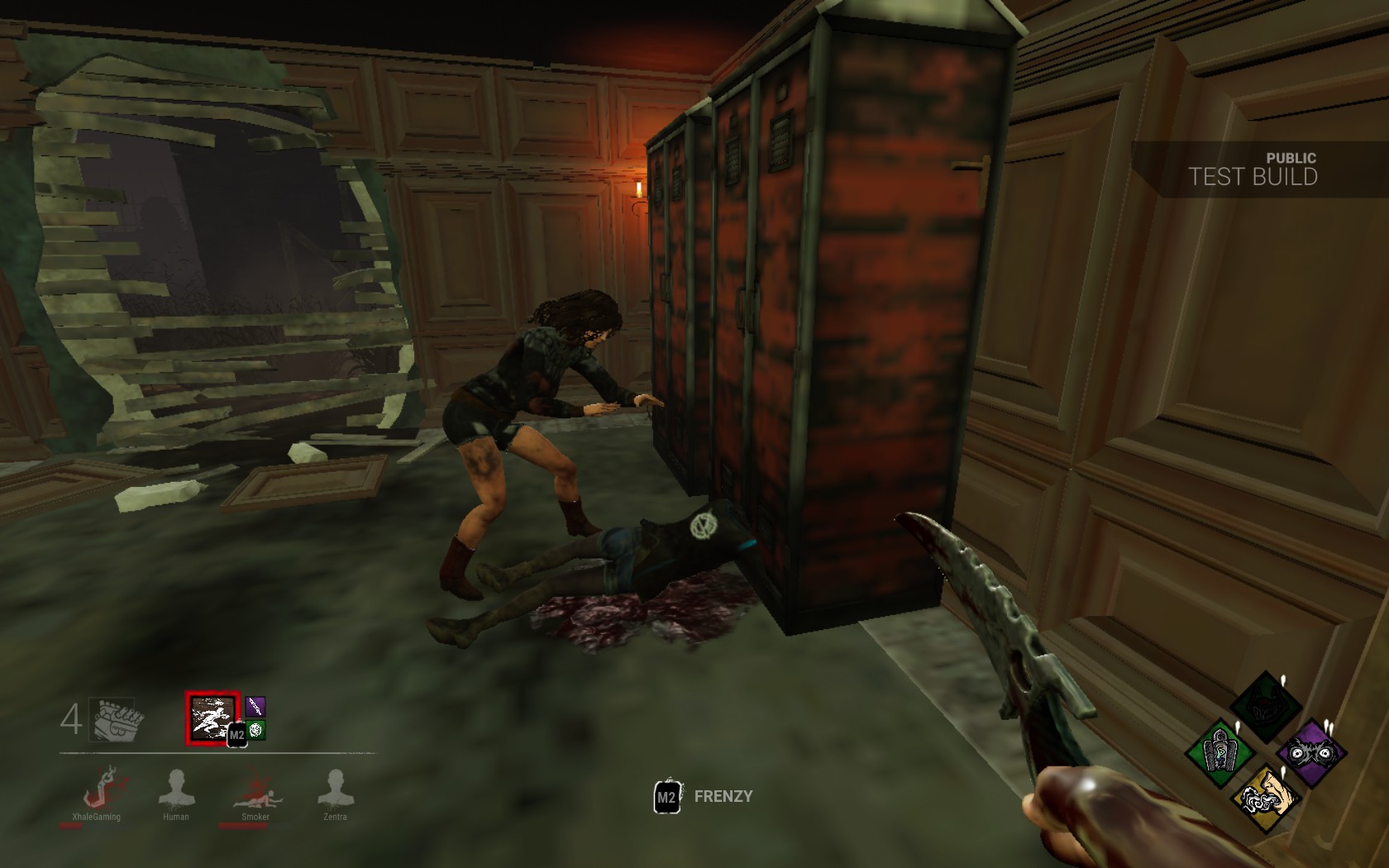