So for the past 2 games I've played as trapper (both on the day of this post), I've been accused of exploiting and/or cheating by using a bug? I have no idea whether or not a bug exists and if I've accidentally been exploiting, so I want to know if anyone actually knows of a bug or if it's just upset survivors. 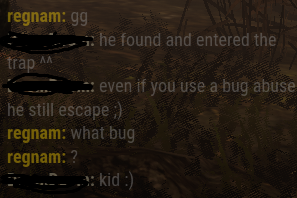