Home › News › General News
We are aware and looking into the issue which caused players to have their rank reset further than intended. If your rank was not reset at all this month, this is a visual bug and closing and re-opening the game should fix it.
We have updated our Forum Rules. Please take a moment to read through them: https://forum.deadbydaylight.com/en/discussion/87004/ 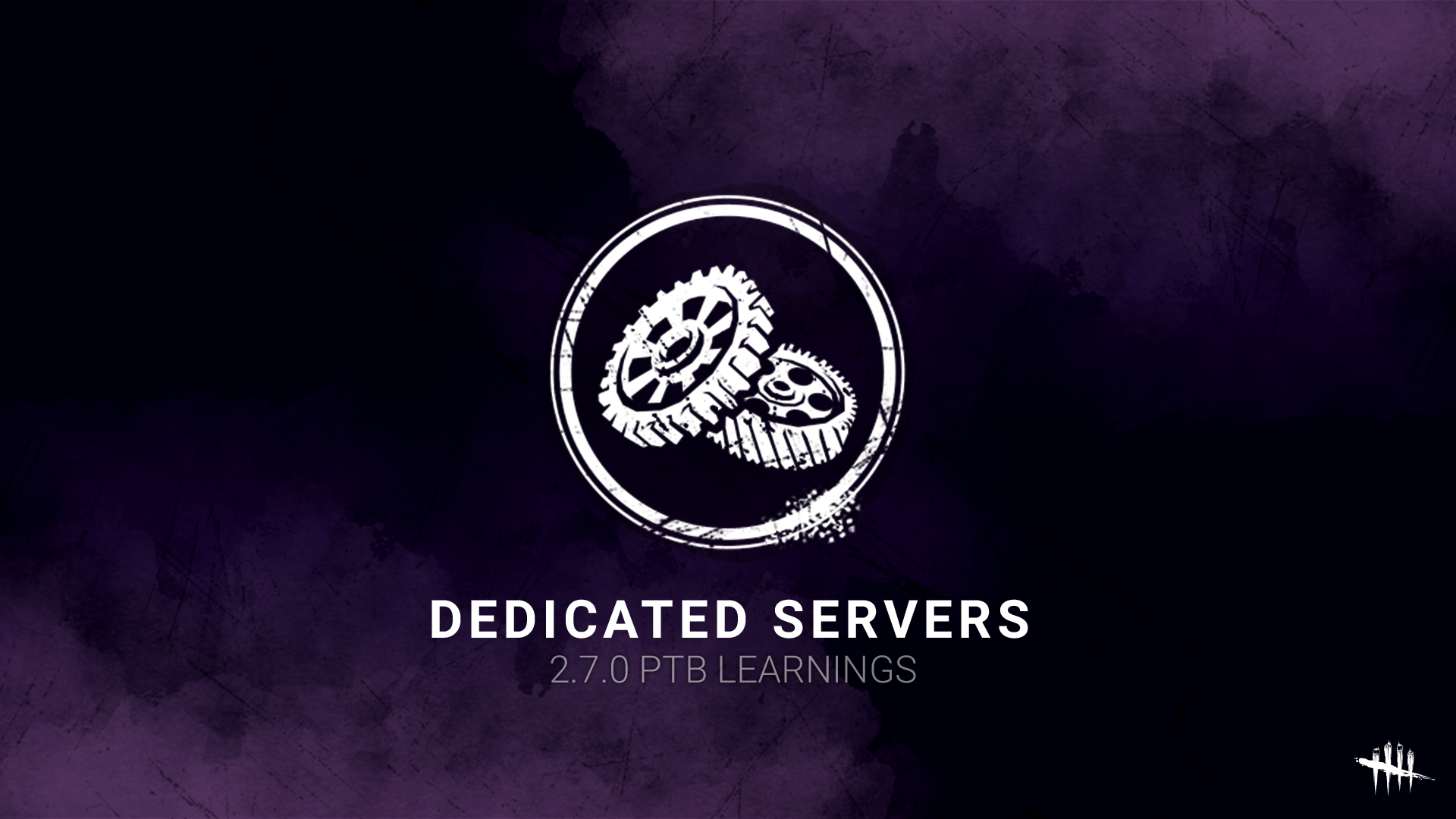 On April 25th 2019, dedicated servers were enabled on the PTB to allow for our first infrastructure tests. Shortly after being enabled we reached a peak concurrent user count of 1503, and over 22 000 unique players played on the dedicated servers during the 5 day period in which there were turned on.

What were the results from the PTB?

Our main objective was to test our infrastructure and confirm it could handle a large number of players simultaneously. The results from the PTB gave us a greater insight into what we can improve to ensure that it is as stable as possible for our official release.

The process of choosing a Dedicated Server is 2-fold.

The first step happens during matchmaking. The system receives the latency information from all players to each data center and uses this to form a match (among other things). Players will always be matched to one of their nearby data centers, trying to use the lowest latency first.

Once the match is formed, a data center is selected. Once again, the latency information is used to decide of the best possible choice for any given match.

During the PTB, we played with these parameters to gather information on the behavior it had on server selection and ping time. We are aware some matches had less than optimal ping times for certain players due to the data center selection. We will keep working to improve player experience, specifically ping times.

The migration to dedicated servers has a large impact on gameplay. One of the areas that can see further improvement is on the overall responsiveness of interactions, especially those between survivors and killer. Since the release of the game, the Killer is nearly always the host and we made a lot of assumption because of that. The killer, as both a player and the authority at once, was playing with an effective zero ping. From now on, with the dedicated servers being the authority we need to review gameplay interactions to take this in consideration.

We will begin tests on the PTB environment following the mid-chapter patch and chapter 12. Once we are comfortable with the dedicated servers, we will deploy gradually on the PC live environment by slowly increasing the portion of players. Once we establish that everything is stable enough, we will push these tests to consoles.

As we are always looking to improve our game, we will continue to monitor and maintain the infrastructure going forward.

The Dead by Daylight Team