Home› News› General News
We're currently investigating an issue impacting rank resets on all platforms. Thank you for your patience and stay tuned for more info!

We’re all eagerly awaiting our Third Anniversary Livestream this Friday, which will be full of reveals, laughs, and information on the coming year. In the meantime, we have a few announcements that we are excited to share with you.

GHOST FACE IS COMING TO DEAD BY DAYLIGHT

The Dead by Daylight team is proud to announce that "The ICON of Halloween"®, Ghost Face®, will be joining the roster of killers. Ghost Face is a natural stalker, lurking in the shroud of night, who observes his victims before striking.

Acquaintances are a dangerous deception. The workplace is filled with them; strangers seated beside us, five days a week. A distant familiarity grown from habit; the blanks filled with assumptions as we forget how little we know, until proven otherwise. No one thought the man seated on their left could be responsible for the murder of a dozen people. Until proven otherwise. The Ghost Face® took full advantage of that fact, blending in the everyday. He would have gotten away with it as he had before: he would have packed his bags when the investigation pointed in his direction, driven a few miles, and looked for another job. But this time he found a richer hunting ground…

DEAD BY DAYLIGHT ON NINTENDO SWITCH: LAUNCH DATE AND CONTENT

It was previously announced earlier this year that we would be bringing the game to the Nintendo Switch. Since then, our team has been hard at work and we are pleased to announce that we have a release date. Dead by Daylight will be available in stores and on the Nintendo eShop on September 24, 2019. This version will include 9 Killers, 10 Survivors and 3 cosmetics packs. Pre-orders will soon be available at various retailers. 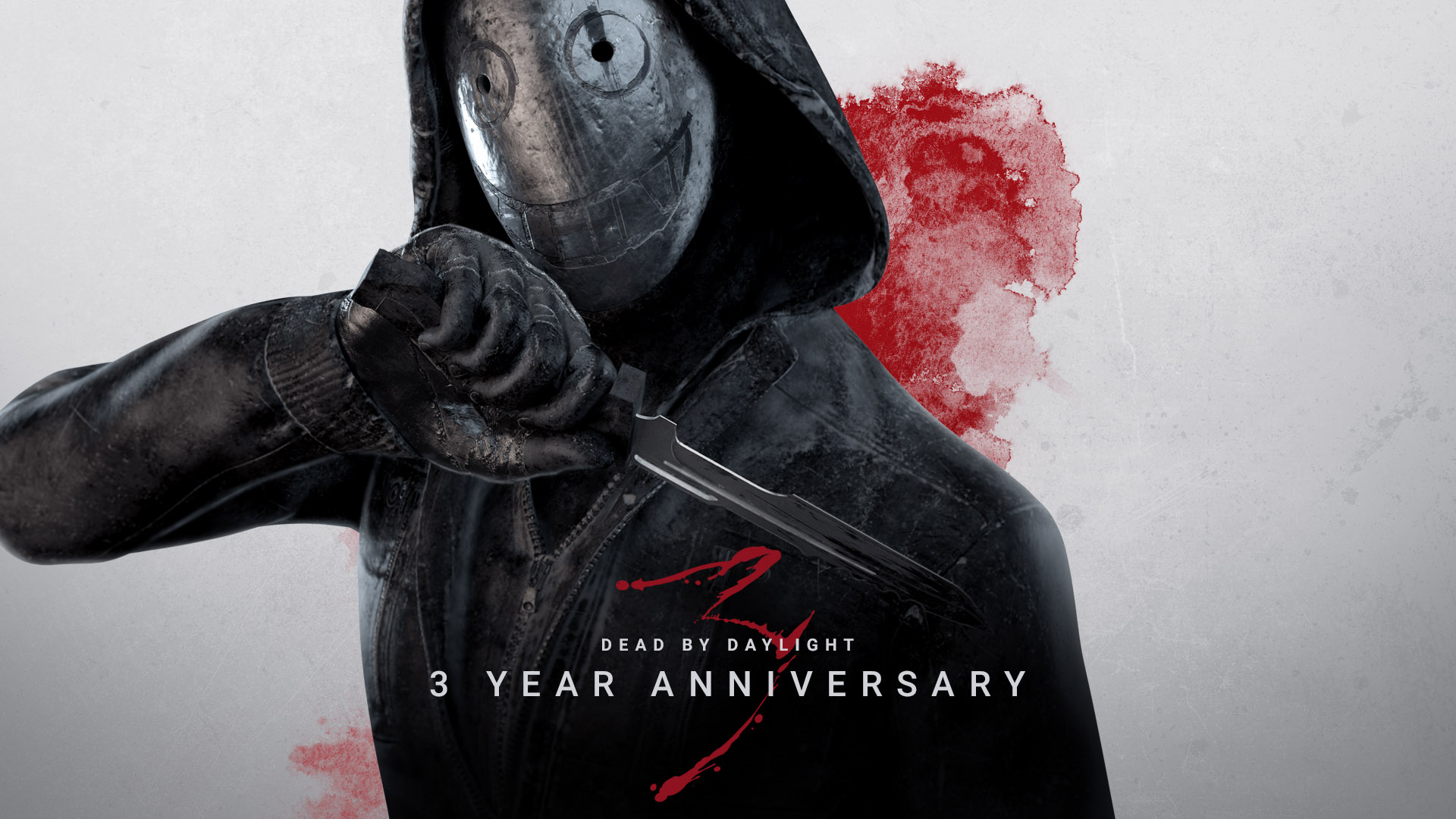 Finally, we would like to invite you to join us for our Third Anniversary Livestream this Friday. This is our biggest stream yet and will feature the full Ghost Face reveal, Dead by Daylight on Switch, as well as many other reveals and new features from the upcoming year.

We will be live on Twitch and YouTube this Friday, May 31st at 3pm EST.

This is just the tip of the iceberg; we have big plans for the future of Dead by Daylight and cannot wait to kick off year four. But until then…

See you in the Fog,