Home › Dead by Daylight Forums › Share Your Work › Creations
We have updated our Forum Rules. Please take a moment to read through them: https://forum.deadbydaylight.com/en/discussion/87004/

Idea for survivors on the hook

Alright so I've been complaining about this for a long time now, but i've decided to finally voice my opinion. I sent an email to the DBD devs a while ago with this suggestion and i'm going to copy and paste it here and see what you guys think. I believe this would be an excellent addition to the game and would be more than fair.

So when I play survivor I like to play Adam Francis, who as you know, has the unique perk deliverance. I've experienced this time and time again. Where I don't get hooked through the entire game but when the gates are available I go down and am hooked, everyone has escaped so I die immediately. My suggestion that would appreciate if considered. Is if a survivor hasn't been hooked and everyone has escaped or died. That the game allows the survivor the chance to unhook themselves. This is important because it gives the player a fair chance to escape and not feel cheated. it also doesn't give survivors an unfair advantage against the killers because it can be countered with no one escapes death, camping, etc. also if the killer has no one escaped death it's unfair to a person who managed to survive most of the trial without being hooked and happened to die being one hit and not getting a chance to unhook themselves

Survivors who survived till the very end should get a chance to unhook themselves if they can instead of being immediately killed. It's fair to the survivors and not an issue for the killers.

This applies to anyone who can hit the 4% (or whatever the percentage is) or has deliverance and is active. 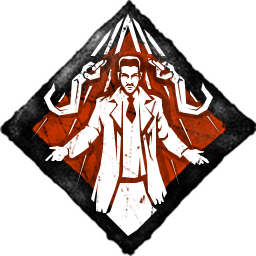