Home› Dead by Daylight Forums› News› General News
Reminder for Forum Users, please do not share codes here. This is something that is expressly against the rules of this forum. 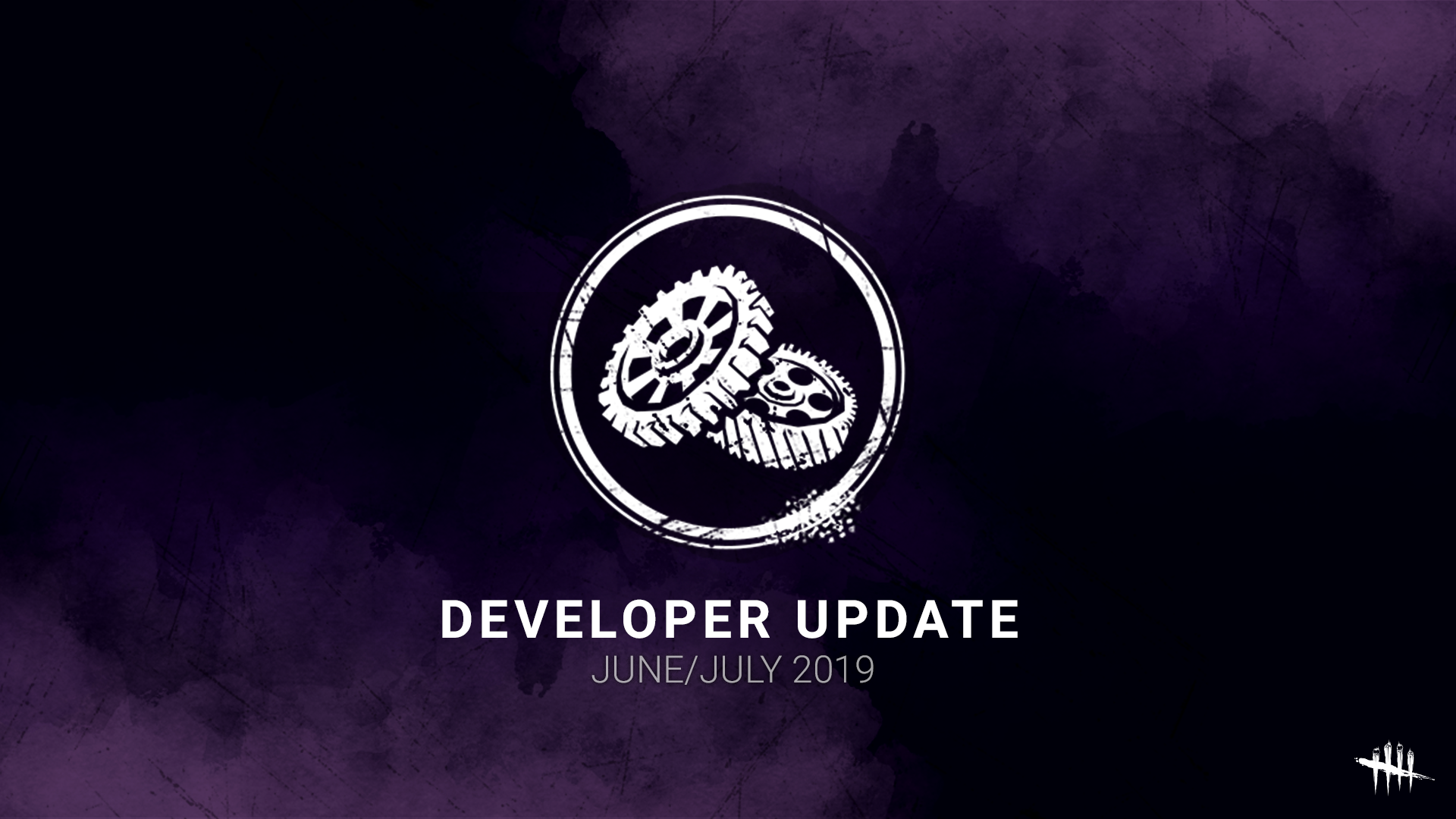 We are back with our third Developer Update, a blogpost which focuses on some of the most frequently discussed issues and the steps we are taking to resolve them, upcoming features, and general improvements coming to the game. As we have done previously, we’ll be revisiting our topics from the previous Developer Update and share our progress before jumping into new topics.

We have revealed new details about Freddy through the Third Anniversary livestream as well as a follow up stream this past Thursday. If you missed either of these streams, you can find the archived versions linked below.

Our team has been hard at work tweaking and polishing Freddy since our last Developer Update, and we are almost ready to share a playable version with you. The Nightmare rework will be available for testing in the Player Test Build on Tuesday, July 9th along with the other changes in the mid-chapter update, including the Springwood map rework.

Since the launch of the new matchmaking algorithm, we have seen far fewer reports of excessively long queues times. While we are happy with the results so far, we are continuing to investigate the remaining edge cases. The matchmaking system remains a priority for us and we will keep iterating on it until we are satisfied with the results.

Following the 3.0.0 update, many people experienced longer than normal Killer queue times. In short, the longer queue times were caused by an abnormally large number of players playing as Killer, resulting in not enough Survivors to fill their lobbies. While queue times are expected to be longer when a new chapter launches, it seems to be exacerbated when a Killer is not accompanied by a Survivor. Additionally, the Bloodhunt and subsequent Anniversary Celebration appears to have caused more people to switch sides to maximize their bloodpoint earning. We will keep these factors in mind as we move forward, but we will also be making changes to the Survivor bloodpoint scoring to help alleviate this issue in the future. More details surrounding the scoring changes can be found below.

In a future update, Survive With Friends groups will begin being matched based on the average rank of the group. This will give us better control over matchmaking and provide a more consistent experience regardless of who created the group.

When a Killer attacks, the game checks a cone shaped area in front of them to determine if they hit or missed a Survivor. If a Survivor is inside this area while the Killer swings their weapon, the game will register the attack as a hit.

All Killers share the same attack cone in order to maintain consistency; this ensures that your regular attacks feel the same no matter which Killer you play. From the Survivor’s perspective, this could cause some attacks to appear like they should not have hit even though the conditions were met. A Killer with a smaller weapon (such as the Hag) would have the same reach as a Killer with a large weapon (such as the Trapper). In the 3.0.0 update, we reviewed the attack animations for all Killers and modified them to match the attack cone.

This is our first step towards resolving hit registration issues; basic attacks should now more accurately reflect the size of the cone. Following this change, we will be targeting desynchronization issues. As mentioned previously, migrating to dedicated servers will give up better tools to handle desynchronization, reducing the edge cases where the Killer and Survivor feel too far apart for the hit to connect.

With the current peer to peer system, all players are connected directly to one another. This can make it difficult to determine why someone lost connection. There are various issues that could happen between the host (the Killer) and a Survivor, causing the Survivor to lose connection. Determining who is at fault can prove very challenging on a peer to peer system since the issue could be the result of either player’s connection.

Following the migration to dedicated servers, we will be better able to detect who is at fault and handle the situation accordingly. Since all players are connected to a server rather than directly to one another, if one player experiences a connection issue, we can be sure that the connection issue lies between them and the server.

This also gives us an opportunity to strengthen the way we handle disconnections. Survivors who disconnect from a match will leave a “husk” behind. The Killer can then hook and sacrifice this husk to receive the points- and perk tokens where applicable- that they would have earned had the Survivor continued playing. Additionally, the other Survivors in the match will receive a quitter bonus to compensate for losing a teammate. Should a Killer disconnect, the match will immediately end, and the remaining Survivors will receive emblem points assuming they had healed and escaped the trial, keeping any items and add-ons they have equipped. Any offerings used will be refunded if the match is cancelled shortly after starting.

Following dedicated servers, we will shift our focus to a new system to punish disconnects. This new system will feature a growing “lock-out” timer for each time a player disconnects from a match, preventing them from re-queuing until their timer expires. Survive With Friends groups including a player who is currently locked-out will be unable to queue until the lock-out timers for all Survivors in the lobby have expired. The length of the timer gradually decreases so long as the player does not disconnect from additional matches.

While we are aiming to have this new system launch at the same time as dedicated servers, we may need to hold off until the following mid-chapter patch. We will keep you posted on our progress as soon as we have more info to share. For the time being, we will continue punishing excessive disconnectors using our existing system.

We will be reviewing scoring for the Survivor side in order to bridge the gap between Survivor and Killer bloodpoint earnings. New scoring events will be added for wiggling while being carried by the Killer and for healing other Survivors with a medkit, creating new opportunities to earn bloodpoints. Survivors will also be rewarded with survival points based on how long they survive in the match. Various existing scoring events will also be revisited and tweaked to provide a more rewarding experience, including an increase to the amount of points awarded for cleansing totems. These changes will offer players more freedom to play whichever side they like without impacting their bloodpoint earnings. We will be monitoring the impact they have and continue to make changes if necessary.

This concludes the third edition of our Developer Update. We have a lot of big changes on the way and are working hard to get them in your hands as soon as possible. Hopefully we were able to address some of your top concerns, and we look forward to reading your feedback. As always, we’ll do our best to keep you posted. Until next time…